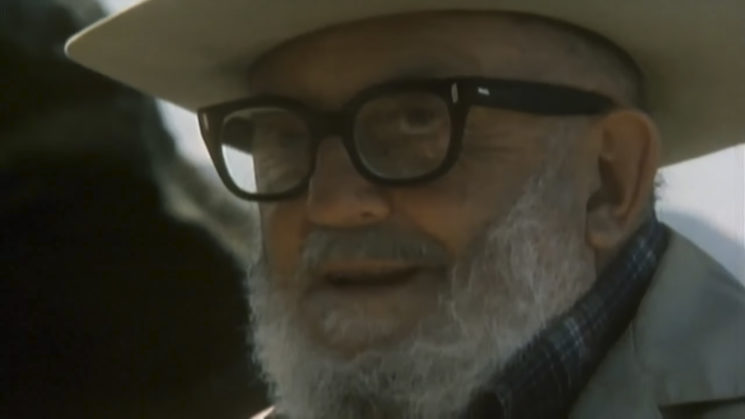 Ansel Adams is a photographer who is spoken about a lot. To many, especially landscape photographers, he’s a huge inspiration. Every snippet of information we see about his photographs or the man himself offers valuable insight. We learn more about who he was, how he worked, and his thought process.

In this one hour and twenty two minute documentary, we learn more about Ansel and his work than in just about anything else I’ve seen. It’s an old documentary, but it’s recently become popular again online, and I thought I’d share it here with you.

There’s so much information in this video that it’s impossible to try and lay it out here in a post. So, I’m not even going to try. But suffice to say, you should watch it. It goes into a lot of detail about his life, his journey, philosophy on photography, and his thought processes while shooting.

I think Ansel had a message in his art, that was consistent throughout his career. And this is that the world is beautiful, that humanity is part of this larger world, that the concerns of the moment are part but not separate from a larger system of forces that connect us to all of creation.

If true, it’s something that seemed more in Ansel’s subconscious than an active effort. It’s fascinating to hear about how others perceive Ansel’s work vs how Ansel speaks of it himself.

I can’t verbalise on the internal meaning of pictures, whatsoever. Some of my friends can, at very mystical levels. But I prefer to say that if I feel something strongly, I would make a photograph that would be the equivalent of what I saw and felt.

When I’m ready to make a photograph, I think I quite obviously see in my mind’s eye something that is not literally there.

Ansel would even violently object to certain meanings and assertations that some would assign to his work. Especially anything of a profound religious nature.

Regardless of what meaning his work may have to each of us, he was a very interesting and talented guy. Of that, there is no doubt.

« Kodak launches Mini Shot, 10MP camera with tiny instant prints
Five composition rules of filmmaking, and how to break them »