Framing your subject at eye-level creates a sense of equality. As Nerris puts it, this is how the DP tells the viewer “this person is your friend.” Eye-level framing is the most common way of framing the subject, but there are a few ways and reasons to break this rule.

You can film the subject from below. It makes them look bigger than the viewer and gives them a sense of power.

The opposite angle creates the opposite feeling. If you film the subject from above, you a create a feeling of the subject being powerless, vulnerable and smaller than the viewer. You can go even further and go really high up, creating a bird’s eye view of the subject. This sense of distance between the subject and the viewer creates a “voyeuristic” feel.

You can also combine the high and low angle within the scene, to tell your audience who’s in command.

2. Subject looks to the opposite side of the frame

The general framing rule is to place your subject on the left side of the frame and to make them look to the right. This way you show that they’re looking at something out of the frame. But if you want to create a different mood, you can break this rule.

Your subject can look in the same direction as the side of the frame in which they are positioned. That is, they’re on the left side of the frame and they are looking to the left.This will create the sense of being trapped, not knowing what the future holds. 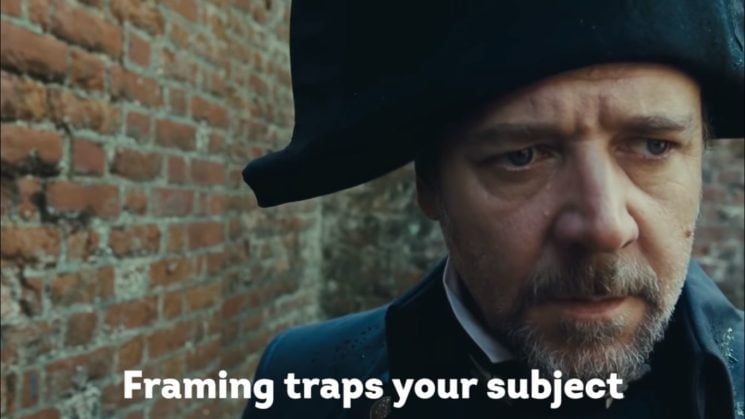 The rule of thirds is probably the first thing we all learned on photography/cinematography 101 courses. Nerris suggests two ways to break it.

The first way is to center your subject exactly in the middle of the frame. Depending on the context, this can create a calming effect and offer a balance, or add tension.

Another way to break the rule of thirds is to go with the Fibonacci Sequence or the Golden Ratio. It can be highly aesthetically pleasing and is commonly seen all around us, too.

If you want to break this rule, you can go for two main framing techniques. You can make an extreme close-up of the subject’s face. This will give an extremely intimate and even uncomfortable feel, so be very careful and intentional with this.

Alternatively, you can leave too much headroom. This will make your subject appear small and depict a sense of a lack of power.

As Nerris puts it, this one is simple and complicated at the same time. The 180-degree rule draws an imaginary line that connects the characters in the scene. The camera should be on one side of this line for every shot in the scene. This way, the first character is always frame right of the second character, and the second one is frame left of the first. This rule helps with continuity and eye lines. 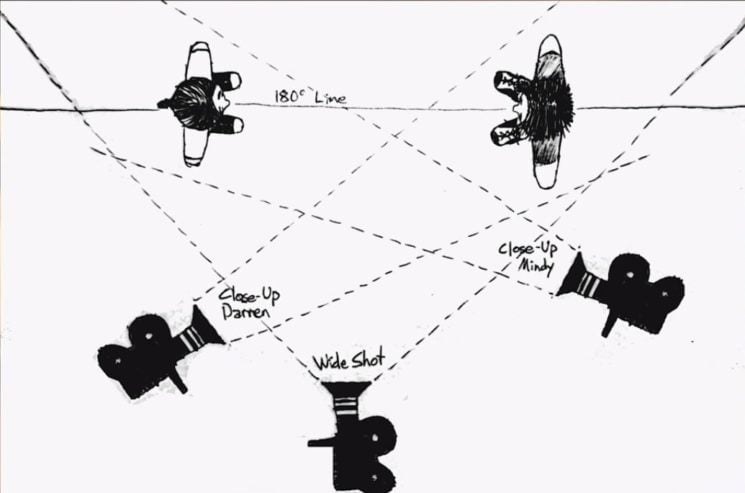 This rule can sometimes be broken to convey shifts in power, confusion or the passing of time. But make sure you are fully intentional about breaking the rule, otherwise, it will just look amateurish.

When it comes to art, I believe that the rules are meant to be broken. Of course, we shouldn’t do it all the time and at any cost. Before we break the rules we need to master them, and I believe that’s one of the points of Nerris’ video. Only after you’ve learned them will breaking the rules serve a purpose and give additional value to your shots.