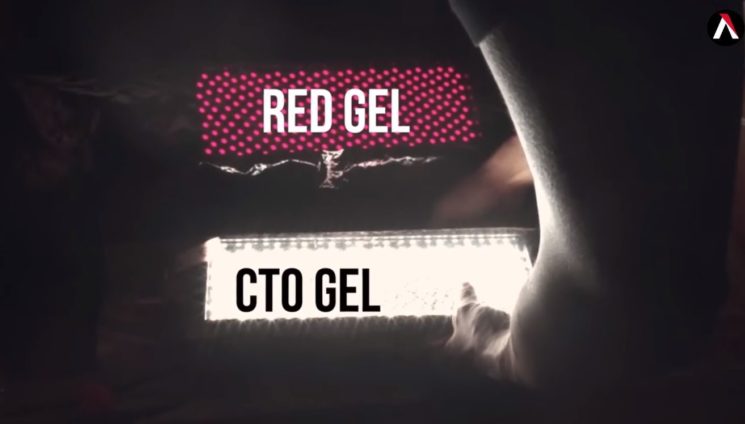 The use of color gels expands the possibilities and helps you create plenty of different looks. If you’re just discovering color gels, Ted Sim of Apurture shares eight ideas for using them. These will give you some inspiration why and how to add color to your shots. And while Ted focuses on moviemaking, you can also use gels to add color and change the mood of your photos.

Although the title of Apurture’s video suggests eight ideas, there are six of them, but with some combinations and variations mentioned as well, which expand the possible uses of gels.

You can recreate the moonlight just by using a color gel. Ass a cyan or still blue gel over your Tungsten-balanced LED light to create the mood of a night lit by the Moon.

Gels can add dynamics to the party scenes in the video (there’s even a Party Filter set of gels). You can line up these gels in the room where you’re filming a party, especially with the smaller lights. Use the effects such as strobe and single color takeovers for more dynamic effect

The golden hour lasts for a limited time, but you can recreate your own. Stack the 1/2 CTO gels on your Tungsten-balanced LED light. Then shine it through a window, and you’ll have a never-ending golden hour for your video or photos.

Sunsets are around 3000K, and fire is between 1500 and 2300K. For the candle or fire effect, place one or two full CTO gels over your LED light. You can add another light with deep red or amber gel to deepen the hues and achieve more dramatic effect. If you’re shooting a video, dim the lights up and down, and wave a cucoloris in front of it to achieve the effect of the flickering.

Sharp red light creates an intensely seductive atmosphere. Sharp blue alone makes it dark. You can use them separately to create any of these moods, but also mix them and create a supernatural scene.

Sodium vapor orange and sodium vapor green gels are perfect for creating a hue of the old street lamps. You can use them alone, or combine them with the moonlight cyan gels for the cold, desaturated look.

[8 Creative Ways to use Gels |Apurture]

Start your color grade with the Infinite Color Panel

How to easily use gels to create virtually any color background

« This augmented reality app lets you plan your shot in real time from your phone
iPhone 8 Plus vs Samsung Galaxy Note 8: hands-on camera comparison »