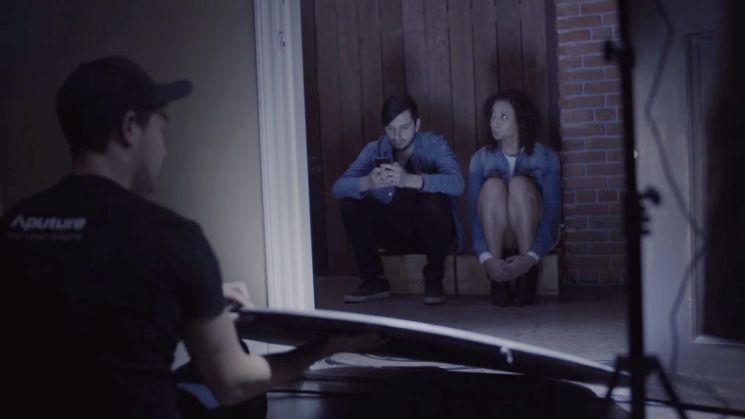 Recreating practical lighting effects for video and photography is a fairly straightforward process. You just need to think about how the lights are constructed in the real world, and then recreate your own version of it. When it comes to creating natural lighting effects, though, things can be a little more tricky.

The four effects appear quite commonly in both film and photos.

Photographing or videoing subjects lit by a fire isn’t as daunting a task as it once was. ISO performance has gotten so good that it’s become a fairly straightforward affair depending on the cameras you have available. But, you don’t really want your subjects next to a hot fire for too long while you keep shooting. LED lights let you simulate the flickering glow from a fire easily, while keeping your subjects comfortable. 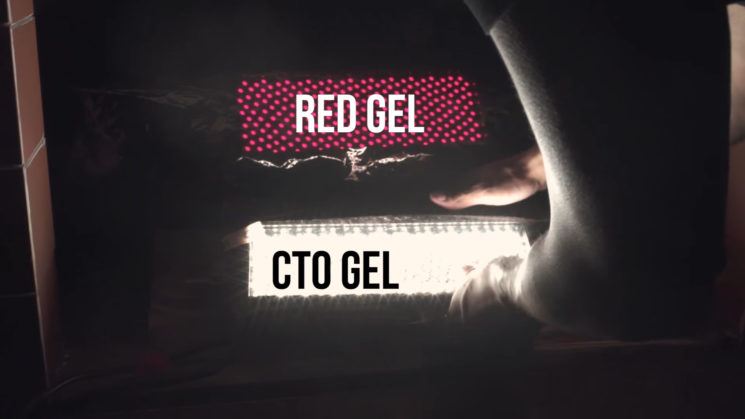 For the fire, they place down a pair of Aputure LS 1/2 LED lights. One with a red gel, and one with a tungsten CTO gel. These simulate the different coloured light emitting from different parts of the flame. But flames also flicker and move. So, to recreate this, the light’s power was being adjusted while filming. Ted also laid down in front of the fireplace, waving his legs to simulate the moving flames.

But there are many things you can put between the “flames” and your actors to emulate dancing flames. You could use cutouts, or my personal favourite, a couple of very slowly rotating fans with blades that overlap each other. Combined with the flickering power, it’s a very realistic effect.

This is always a fun one to do. This effect has much more impact with video than for stills, but it’s still a very useful one to know how to do. Basically, you just need to break down how lightning from the outside acts from inside the room. First there’s the great big flashes in the sky and environment outdoors. But then there’s also light entering into the room. This can create nice edge & rim lights around your main subjects. 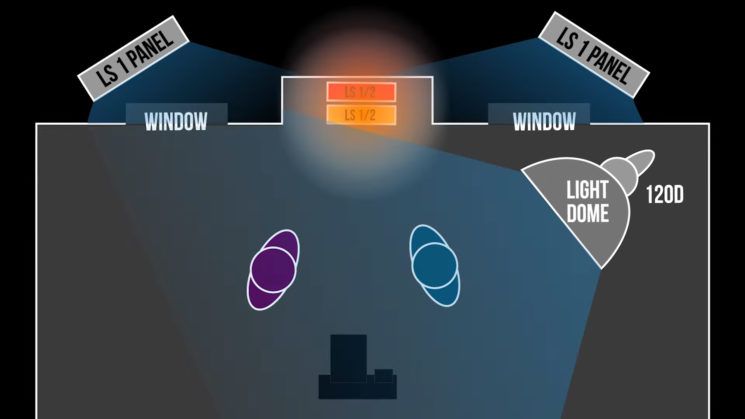 Aputure’s LED lights have a distinct advantage here over many of the alternatives because they can be remote controlled. They can also be put into groups, meaning that you can control multiple lights simultaneously. With all three lights on the same group, you can have them all flickering at the same time. Some other brands can do this, too, though. So, if you’re looking for lights to get this effect, do your research before you buy.

The blue lightning against the warm glow of the fire also really helps to sell this effect.

One might think that moonlight were a lot like sunlight. After all, it’s just a small hard light source in the sky, right? But it’s not quite so. At night, there’s a much cooler softer look to the light than you get with the bright bare sun. 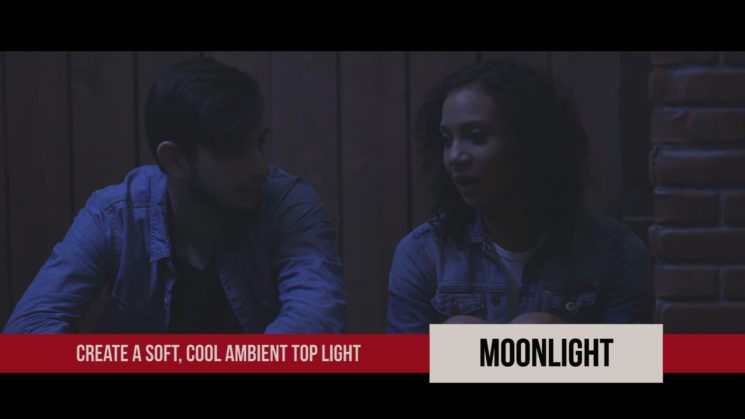 Again, they used the Aputure LS1, with a quarter CTB gel. Normally, CTB gels turn tungsten bulbs into daylight. But here it’s used to give a slight blue colour to the overall light on the scene. The trick is to keep the light high above and fairly soft.

The LED shines down into the reflector which is then kept constantly, but slowly, moving throughout the shot. Creating smooth wave like motion with the reflector simulates the real motion you might get from water. Using the silver side of the reflector helps to produce a harsher, and more contrasty light, as you’d see from water. If you try to do this with a white reflector, it’ll probably just look like you don’t know what you’re doing with your fill light.

So, four natural lighting effects that are pretty straightforward to recreate artificially.

Going back to the fireplace trick, the technique also works well on location with a campfire, too. I’ve done it with both stills and video using CTO and red gels to simulate the different colours of flames. If you’re doing video, the process is pretty much the same. For stills, a couple of gelled speedlights on a low power, especially if they’re behind some kind of diffusion, works extremely well.

« Pros and cons of teleconverters: should you really buy them?
Bentley launches 57.7 gigapixel image, the most detailed landscape photo ever »