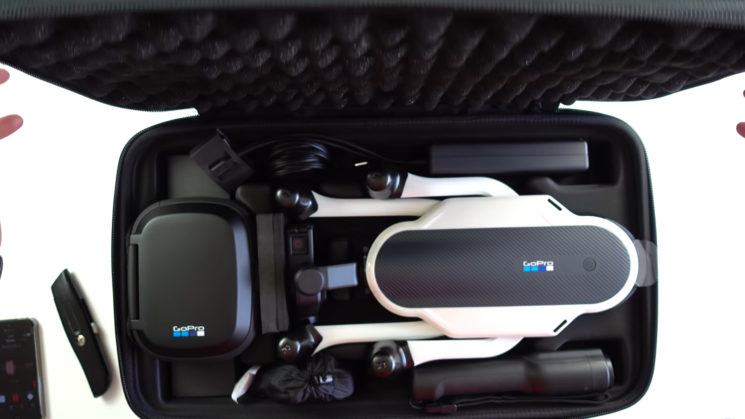 Some of you might remember iPhonedo’s rather amusing comparison of the 2016 Karma vs the Mavic Pro a few months ago. At the time, he hailed it as the worst drone he’d ever flown. Now, the 2017 Karma re-issue is out, and he wanted to know if it had been improved. Aside from the fact that it’s stopped falling out of the sky, he says it does actually seem to have improved.

However, it is still the second worst drone he’s ever flown (the worst being last year’s original Karma). I think we all saw this coming, though. all they’ve done is fix the battery issue. There’s been no upgrades or added features to make it more competitive with the Mavic Pro. It’s the same old Karma, really. At the same price, too. Given the recent discounts on the Phantom 4, it’s difficult to see the Karma as a competitive option.

I can’t say that I was really expecting any new features or massive improvements in a re-released Karma. However, let’s say the Karma hadn’t been recalled. That means it would’ve been out and in the air for at least the past 3 and a half months. One might’ve expected at least one firmware update or patch in that time. The Phantom 4 Pro, for example, came out a month after Karma and has already received a firmware update.

The Karma specs have remained pretty much the same. The only difference is that it’s gained 5g (presumably that’s the added weight of a decent battery latch). 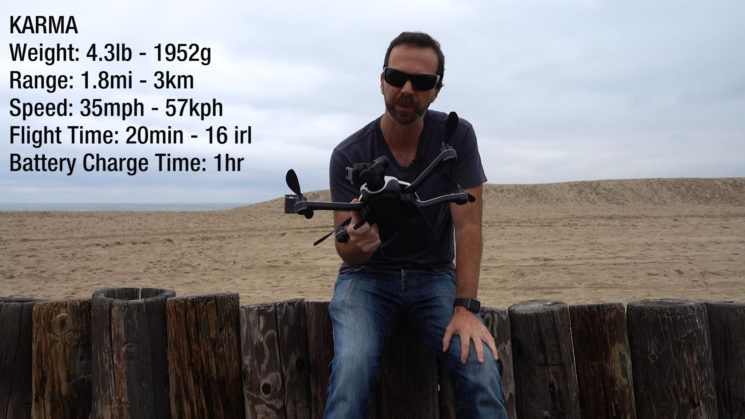 He does say that it flies quieter now, than before. I do wonder, though, if the loose battery in the original Karma caused vibrations which increased that noise.

Also, the horizon tilt seems to have disappeared. I’m not so sure the original one had a horizon tilt issues in the first place, though, to be honest. I just think it might’ve needed a good calibration. I’ve seen many users complaining of camera tilts on their drones (even the Phantoms), and calibrating the gimbal resolved it instantly. I’ve experience it myself occasionally with my own Phantom, and my F550.

For the rest of it, though, things seem just as bad as it was before. There’s no new sensors, no collision avoidance, serious drifting issues and it lands all by itself for no reason at all. The battery must also be having amnesia issues, because it seems to lose whole chunks of time without warning, too. 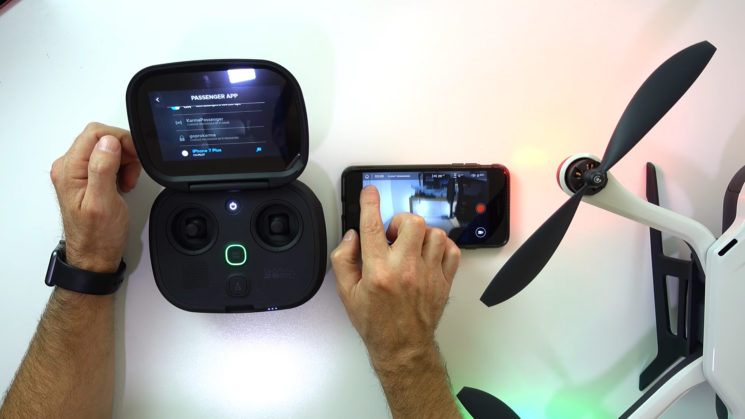 The Karma does have one redeeming feature, though. That’s the Passenger app. This allows a mobile device to connect to your Karma controller and see through the camera. Not only this, but it allows them to get some control over the camera to adjust pitch or start and stop recording. This is extremely handy if you want to worry about both flying and getting footage at the same time.

I certainly don’t think this is going to be the GoPro brand saviour that many hoped it would be last October. The fact it’s now 4 months behind schedule certainly isn’t going to help. They might’ve been better off just not releasing it at all, and just starting on the next model already.

Yes, folks. This is Karma.