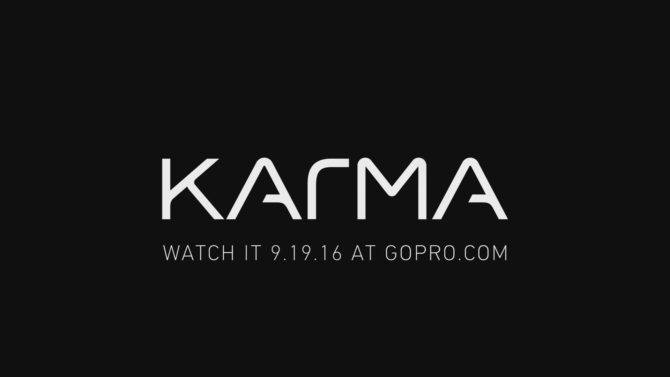 A teaser posted to GoPro’s YouTube suggests that the Karma Drone may finally be coming in a couple of weeks. We’ve known for a long time that GoPro were planning to release a drone. We did expect an official announcement much earlier in the year.

Now that summer’s nearing its end, GoPro might be a little late to the party. That being said, Yi Technology announced their new drone only a few days ago. So, perhaps not. They’ll have a lot to live up to, though. Many new drones releases have been made since the Karma’s initial teaser, including the DJI Phantom 4.

I’m not entirely sure what the toy vs real vehicle is supposed to symbolise. One commenter has suggested that GoPro are saying all the other drones out there are toys, and now it’s time to get serious. Maybe they just like VW campers?

We’ll be covering Photokina when GoPro make their announcement on the 19th. GoPro are going to be at Photokina, too. So, if they’ve got one with them, we’ll be sure to check it out and let you know what we think.

Have you already decided you’ll get a Karma drone already, because you just know GoPro aren’t going to release crap? Did you get bored with the wait and go with a Phantom or something else? Or are you already sick of drones buzzing around the sky and they should all just leave you in peace? Let us know your thoughts in the comments.

« Canon’s new flagship C700 Cinema camera will set you back up to $38,000
How vanishing points work and how to apply them in photoshop for perfect perspective »