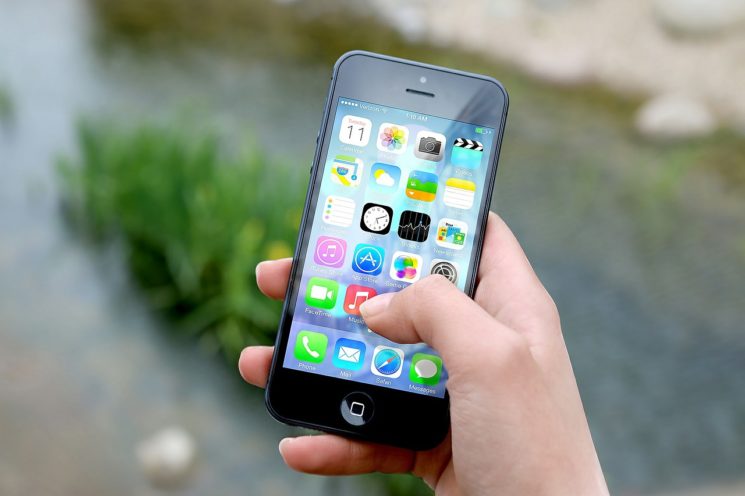 Even if you don’t use a smartphone for creating videos, it can still be a useful addition to your workflow. There are tons of apps out there you could find useful, and Sareesh Sudhakaran from Wolfcrow shares some of them in his latest video. This is a list of 18 apps he actually uses, so take a look and you may find something useful for yourself, too.

Note that Sareesh uses iPhone, so not all apps may not be available for Android users. Still, the majority of them is available both for Andriod and iOS.

For starters, here is the full list, and then we’ll get to the reasons and ways to use these apps:

As Sareesh points out, the first three apps (Panasonic Imaging, Sony PlayMemories and GoPro) let him control the respective cameras and transfer images easily. Many cameras nowadays come with some kind of app control, and this could make your work more efficient.

Sareesh describes Mavis as his favorite filmmaking app. It gives you a waveform monitor and lets you control the resolution, bitrate and much more. However, it has one big flaw – it doesn’t shoot stills. Sareesh says he’s checked out the Filmic Pro too, but he still prefers Mavis.

For quick photos, there’s the default Camera app, sometimes with iPhone’s Portrait Mode. But when he wants the camera with full manual control, he uses VSCO. It also has a downside: the lack of the feature that lets you customize the aspect ratio. And this leads us to the next app.

CineScope is the app that lets you customize the aspect ratio, although you can’t control the exposure.

For squeezing some photos into a square shape, Sareesh uses SquareFit. Although some other apps also allow it, sometimes this one still works best.

For false color, Sareesh uses Field Monitor with the GH5. It’s not a free app, but he says it’s great and has frequent updates.

Focus Chart turns a card you’d have to carry around into a mobile app, which is really handy.

With his Rode SmartLav+ microphone, Sareesh uses Rode Reporter app. It’s handy, lets you record directly to the phone and push the recording to Google Drive.

According to Sareesh, Red Tools also has some good features, and he likes Panning Speed feature the most. If you shoot on RED, it’s a great app to have.

If you’re using ARRI lights, you could find their Photometrics app very useful. It gives you all important data on their light fixtures and what you can expect. If you want to estimate how many lights you need for a specific T-stop, this app will come in handy. It’s also constantly updated with their new additions.

Flashlight app and Arri Skypanels let you turn a cellphone into an LED panel. Although the phone already has an LED flashlight, if you need softer light, you can use the screen instead. Flashlight allows you to add different colors and options for strobe lights, like a police car or ambulance. One thing it can’t do is the custom color, which is why Sarees uses the Arri Skypanel. Of course, dedicated lights are always better, but when you need to improvise, these two apps could really come in handy.

Sun and Moon app lets you position the Sun in a 3D space and map its movement at any date. Sareesh says it can be a bit buggy, but it works well enough, and it’s free. It’s useful for location scouting when you want to get an idea how the sun is going to move throughout the day.

Another free app is the official sound meter app from NIOSH. According to Sareesh, it’s the next best thing after a sound level meter. It’s also great for location scouting, to accurately measure how much noise or sound there is in the background.

The last app on the list, iMovie, is what Sareesh keeps aside for a rainy day. It’s useful if you need to edit video on the fly.

DO you use any of these apps? Which ones would you add to the list?

The Cinematography Apps I Use on my iPhone | Wolfcrow

8 tools every cinematographer needs in their “Ditty bag”