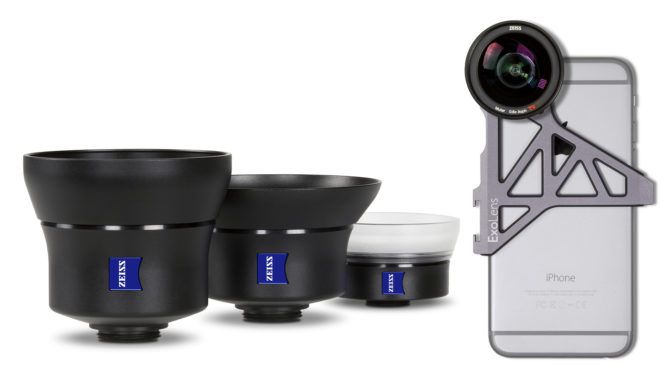 Zeiss have announced that the two new lenses for the ExoLens system are finally here. The two new lenses developed by Zeiss and Exolens are a telephoto and a macro-zoom for the iPhone 6 family. This expands the range from… well, it turns it from a single lens system into a range of three.

Until recently, the Exolens Zeiss system came only with a 0.6x wide angle lens. Now, the two new lenses are added to the list of options. At $199 for the 0.6x lens and frame bundle, and $199 for each of the two new lenses, it’s certainly not a cheap option. But, this is Zeiss.

The iPhone has been one of the leaders when it came to the tiny sensor cameras found in smartphones. Each new generation brings better and better results. Sometimes we get new features. They also come in relatively consistent form factors, which is why we see such case and lens options more often for the iPhone than Android phones.

But what does Zeiss’s lens system offer we can’t get from much less expensive options? Well, for a start, they carry a Zeiss label. So it’s probably a safe bet that they give a much better image than most, if not all of the alternatives.

I’ve got a couple of the cheap iPhone lens kits, and I have to say, they’re really not that great. They’re fun for a bit of a gimmick, but they’re really not all that useful for any kind of serious application. The quality isn’t that great and I’ve even had parts of the lens itself appear in the edges of the shot.

The telephoto, with the catchy name, ZEISS Mutar 2.0x Asph T*, offers a field of view equivalent to a 56mm lens on a full frame DSLR. It features an aspherical element, and Zeiss say that it is virtually distortion free. 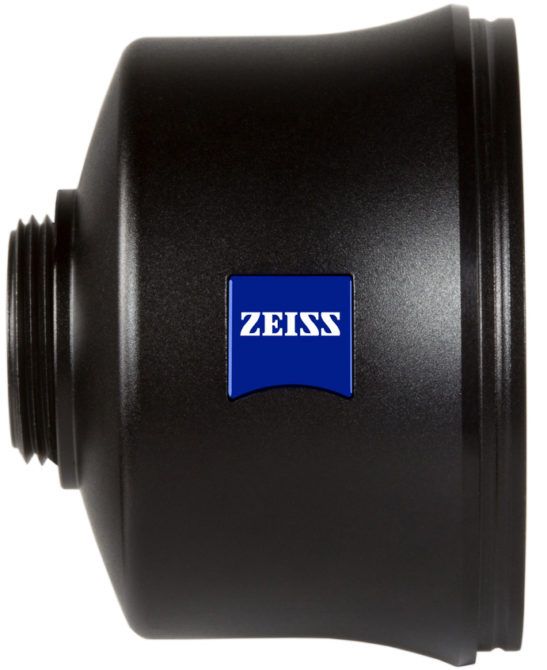 The ZEISS Vario-Proxar 40-80 T* macro-zoom lens has a focal length which ranges from a 40-80mm full frame equivalent. But it doesn’t work like a traditional zoom lens. 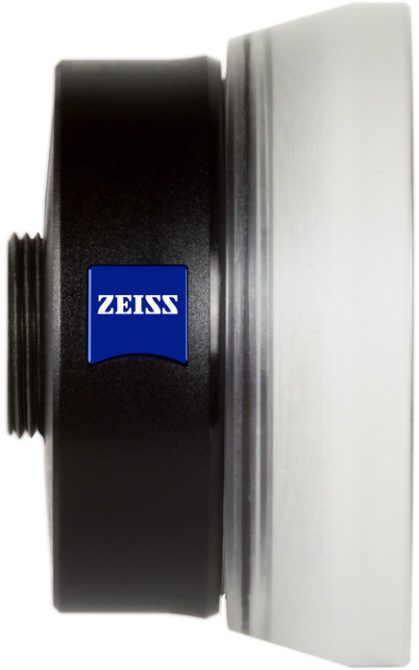 The wording in the press release is a little confusing.

In combination with the optics of the smartphone camera, turning the ring does not result in an increase or reduction of the field of view.

This seems to suggest that it works in concert with the built in lens, moving the element further away from the built in camera to focus at certain distances, which also has the simultaneous side effect of changing the field of view.

Following on then, this means that you’re always shooting a certain field of view at a given focus distance. This may or may not prove to be advantageous, depending on what you shoot. While it doesn’t seem to offer quite the versatility of a real zoom, it is a curious configuration.

As with the original ZEISS Mutar 0.6x Asph T* wide-angle lens, the two new lenses feature the T* antireflective coatings. These help to prevent unwanted flaring, and protect the lens from dust and spray. Very handy for those using their phones as more of an action camera.

They are quite pricey. Although, they are aimed at those who want to take their iPhone footage more seriously. Hence the inclusion of a 1/4-20″ tripod socket and a shoe mount on the Exolens frame. So, not the kind of thing for quick nightclub selfies.

Presumably the 6/6S case will also fit on the 7. But I do wonder how, or even if, this lens system would cope with the dual cameras of the iPhone 7S. Presumably there’s a way to tell the 7S to only use a single camera? It also seems to be a bit of an omission to not have a frame compatible with the iPhone SE. The rear camera in that is the same as that found in the 6S/6S Plus.

The lenses are officially available through Exolens, although there are some deals out there on Amazon.

What do you think? Is mobile photography just an overrated gimmick? Or are you considering picking up one or more of these? Do you already have a lens system for your phone that you’re happy with? Which do you use? Let us know in the comments.