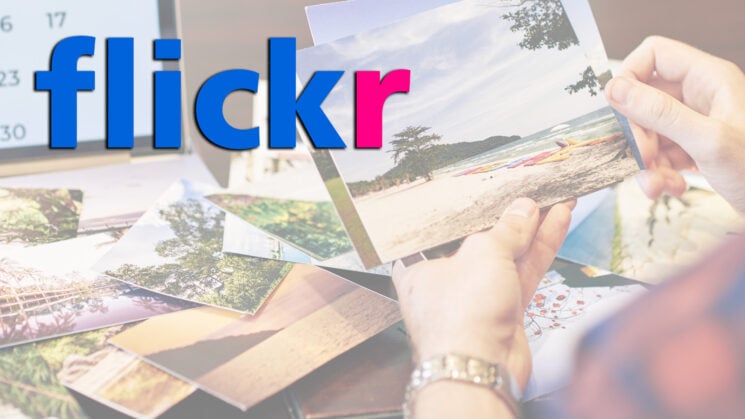 If you’re looking for new ways and places to sell your prints, you might actually want to go to an old place, one  you may have forgotten. Yup, I’m talking about Flickr, which could soon allow photographers to sell their prints directly to their customers.

That’s right, Flickr has launched a printing service that’s different that the one we’ve already seen (and tested). From now on, users will be able to order prints not only of their own photos, but also buy them from other photographers on the platform. There are a few catches for now, so let’s see how it works and what the potential obstacles are.

Perhaps you already know that you can buy prints straight from your Flickr account. This feature was reintroduced in 2019, after SmugMug acquired Flickr and saved it from going totally bust. But the new feature allows you to order not only your own prints, but also those from other photographers. To bring you this service, Flickr collaborates with Bay Photo, just as it does for prints of your own images. Bay Photo is a professional lab located in Santa Cruz, California, and they ship all over the world. Other than paper prints, you’ll also be able to order wall art and desk art of photos in a wide range of sizes and finishes.

Now for the catches. First, the features is still being tested, so it’s not widely available. You can order prints from other artists, but for now it’s only nine photographers who are Flickr’s “approved sellers.” Then, another obstacle is that the feature isn’t available for users outside the US, which is probably due to shipping costs and logistics. And third, if you want to even think of becoming a seller, you need to have a Pro account. It does offer other perks, though, so if you still use Flickr, perhaps it’s worth investing into it.

Despite the current limitations, Flickr plans to work on this feature further and to make it available to a wider number of creators. If you’re interested in becoming a future seller , you can fill out this form and submit it to Flickr. You can read more on Flickr Blog.

How to market and sell your landscape photography prints