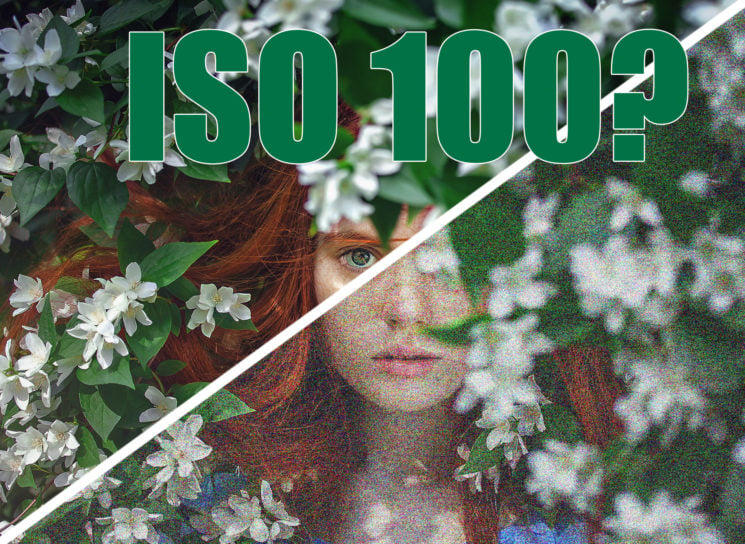 Increasing the ISO value increases the amount of noise in your images. So, you may want to shoot at the lowest ISO possible. But is it a good idea to shoot at ISO 100 whenever you can? Michael Sasser believes it isn’t always the best choice, and in this video, he gives you his reasons why. Let’s see if you agree.

Considering that Michael shoots boudoir, the video is slightly NSFW, so keep that in mind before playing it. But make sure to watch it because it’s educational and pretty fun.

Michael normally attaches camera settings to his images when he shares them in his videos. And he’s noticed plenty of comments calling him out for shooting at relatively high ISO. He typically shoots at ISO 400 even when he could be shooting at 100. But, he explains why ISO 100 isn’t always the best idea for this type of photography. Although Michael shoots boudoir, this applies to other commissioned work, too, such as portrait or wedding photography.

As Michael puts it, in this kind of photography, the ISO is the least important setting. For example, on an overcast day, shooting with natural light in his studio would require him to bring the shutter speed down to 1/50s if he wants to shoot at ISO 100, and that’s not fast enough. So, he would need to change two out of three parameters: raise the ISO and adjust the shutter speed accordingly.

Instead, Michael prefers setting the ISO to 400 even though his studio is usually bright enough to shoot at 100. This way, he can only change the shutter speed if the light changes. It means less fiddling with settings and more focusing on the model: are their comfortable, are they doing the pose correctly, and so on.

But what about the noise? Well, first, the difference between the ISO 100 and 400 isn’t really that big in modern cameras. A little bit of noise can even add to the photo, especially if you convert it to black and white. And if you’re really concerned about the noise, there’s a slider in Lightroom that reduces it, and it works fantastic with photos shot at ISO 400, because they won’t lose a lot of detail.

According to Michael, the bottom line of all this is: if your client isn’t concerned about some noise in the photos, then you probably shouldn’t be either. Other photographers are pixel-peepers, and clients usually aren’t. Except if you’re shooting another photographer, maybe?

Joke aside, I find Michael’s approach logical in some situations. Personally, I often use this technique when photographing gigs. I set the ISO and the aperture, and change the shutter speed as the stage lights change. I don’t think it always works, but for commissioned work like portraits or boudoir, doing this can simply make your life easier. It allows you to focus on the model and still doesn’t add too much noise to the photos.

What do you think? Do you have the same approach, and when does it work for you? Share your thoughts in the comments below.

[Why I Shoot at Bizarre ISO’s for Boudoir via FStoppers]

« Does retouching photos mean that you’re cheating?
Ever wondered what an Aspherical lens element actually is? Here you go »