Every time a new lens is announced, the optical makeup is always listed. This many elements in that many groups and a certain amount of them are “aspherical”. But what exactly does that mean? Is it just nonsensical jargon that doesn’t actually mean anything? Well, in this video from Michael the Maven, you’ll find out exactly what they are, how they do what they do and why they’re a big deal.

Michael’s video is essentially a primer to lens optics and aspherical elements. But put simply, “aspherical” means “not spherical”. In this context, it means that the lens optic isn’t a perfect circular curve section when viewed from the side. Here’s an example of what I mean. See how the curve starts to bend in the opposite direction to the centre as it goes out towards the edges? 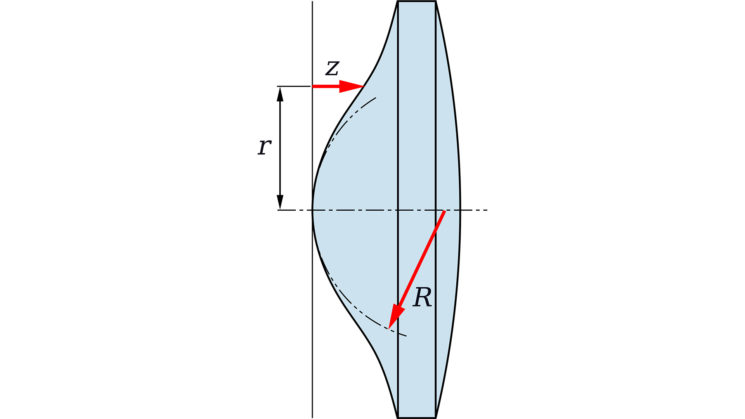 These are complex elements, they’re more difficult and expensive to make, and they’re often patented. So, coming up with an original design for a new lens presents lots of challenges. But they are what enable more expensive lenses to reduce things like distortion, chromatic aberration, coma, softness and other issues common to lower-end lenses that only contain spherical elements.

But have a watch of the video above, and the next time you buy a lens, you’ll know what you’re looking for.

Ever wondered how Instagrammers get those amazing shots? Turns out they’ll go great lengths to get them

If you ever wondered where the phrase “Watch the birdie!” came from, here you go

« Why shooting portraits at ISO 100 may not always be the best choice
USB4 is coming, with a Type-C connection and 40GB/sec bandwidth »