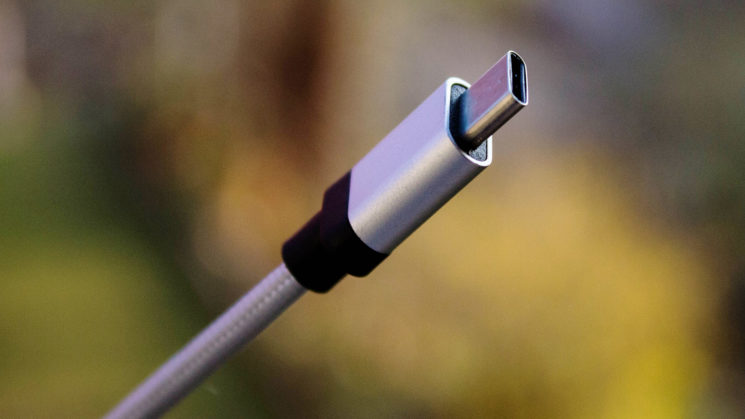 In an effort to keep us permanently confused with the rapid advancement of USB speeds and technology, the USB Implementers Forum (USB-IF) has published the specification for USB4. It was first teased back in March of this year, not long after USB 3 had all its versions renamed. Unlike the incremental updates from USB 3 to USB 3.1 to USB 3.2, though, USB 4 will be a “major update”.

The USB-IF says that USB4’s architecture is based on Intel’s Thunderbolt protocol specification. This essentially doubles the maximum bandwidth of USB and allows for the transmission of both data and display protocols across a single cable.

The listed key characteristics of USB4 include…

USB4 will use the Type-C connector, introduced with USB 3.1. A smart move, given that manufacturers are only really now just starting to fully implement it in their products – although many are still using the old weak microUSB sockets. Hopefully, they’ll start to rethink that one going forward. But USB4 will be compatible with USB 34.2, USB 2 and Thunderbolt 3 hosts and devices, too.

Although the specification is complete, there’s no news on when we’ll actually see it start popping up in devices. But, given that Type-C sockets is now starting to become more common, the transition should be pretty smooth and USB4 devices should work fine in your USB3 machines.

That being said, that transition appears mostly a formality at this point. Those with computers containing Type-C sockets with Thunderbolt support, like my ASUS ZenBook Pro or most Macs, are likely already experiencing the kinds of speeds that USB4 will offer. But with the Intel’s contribution of the Thunderbolt protocol into the USB Promoter Group and the USB4 specification, it now essentially becomes the default, rather than the premium. As least as far as the specification goes.

The only bad news is that the USB-IF is leaving it optional as to whether or not devices manufacturers include Thunderbolt support. Leaving it out would essentially revert it back to the USB we have now. So, it seems like not a lot is really changing, except that Thunderbolt won’t cost licensing fees for vendors to implement. And this is what makes the USB-IF believe that many will choose to do so.

« Ever wondered what an Aspherical lens element actually is? Here you go
Nikon’s 2020/21 Z lens lineup roadmap has been leaked »