I wanted to love this camera.

I truly did. Here’s what I wrote a year and a half ago. The passion was there. The honeymoon lasted eight months…But already after a few weeks of ownership, I knew she wasn’t the one for me.

The battery life was reason enough to get rid of this thing…But maybe with a whole bunch of spare batteries I could have renewed my ties with the Pen-F…but it has one critical flaw: The image quality isn’t there. When I received the X-Pro2, I finally decided that it was time to let it go and sell it. Heck, even my X-Pro1 had better image quality. 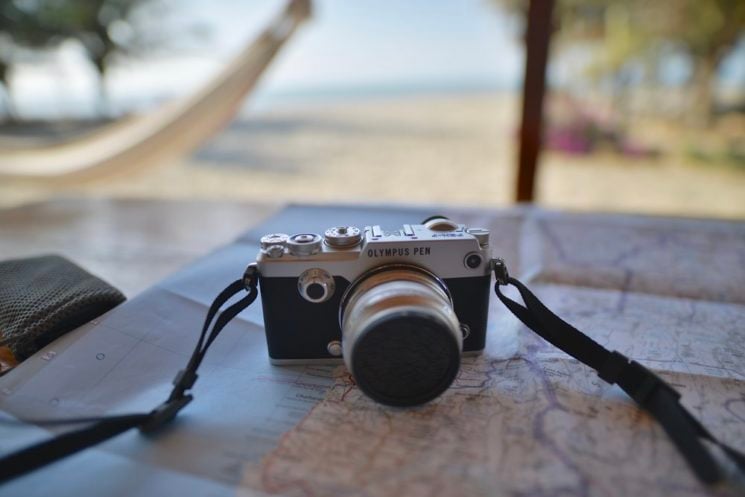 The Jeep in Bolivia, after a long journey. Taken with the 75mm f/1.8 M.Zuiko. Great lens on a good camera. The problem isn’t that the camera isn’t good. It’s just that the competition obliterates it.

Somewhere in the street in Paraty, Brazil.

The best picture I ever taken with the Pen-F. It can, sometimes, delivers good result.

The image quality simply sucked on the Pen-F, coming from a decade of APS-C and FF background. That’s the point of view of a photographer that isn’t getting paid by Olympus to spread some non-sense such as “micro four third is actually on par with APS-C”. No. It’s not. Not even close! My 2007 Nikon D300 makes better photo than the 2017 Pen-F (under ISO 800 and for my shooting style). I had the best glasses available from Olympus: The legendary 75mm f/1.8 Zuiko, the 17mm f/1.8 pancake, the 25mm f/1.8 Olympus and the 45mm f/1.8 Olympus.

I invested in the M4/3 technology because I believed in Olympus marketing and some of the reviewers online (like this one).

If you are used to decadent files from Sony, Canon, Fuji or Nikon, be aware that you’re in for a huge disappointment. You will probably like the freeing experience of having such a small body with amazing features…but it won’t last. Once the honeymoon phase is over, the image stabilization won’t matter as much, nor the 10 fps 20mpx files.

Thank God: The Pen-F project has been killed by Olympus a few days ago (accord to m43 rumours dot com).

To be fair, I think that it is a fun body that could have been useable if the battery life was great. But the camera was also plagued with bugs, such as overheating, not turning on/off when the physical switch was rotated, extremely poor battery life and a flexible screen that sometimes refuse to mirror correctly the image when flipped out 180º. Image quality isn’t everything: That’s why I still love the X-Pro2 to death, even though a Sony A7III or a Nikon D850 would give me better files.

You see, I’m a traveler first and foremost. Not a lab technician. I don’t spend my days looking at pixels on my 5k retina display. I go out and shoot. That’s what artists do. I travel around the world barefoot in a Jeep. I need tools that just work. The Pen-F did not deliver a good enough package-deal for me to consider using it on a long term basis.

Yes, the Pen-F had a fantastic image stabilization…but to be honest…it only matters if you are using the Pen-F! It frustrated me to the point of not wanting to touch it anymore. I rather have my Nikon D800E at 6400 ISO files than a Pen-F at 800 ISO and that’s fact. The Pen-F was usable until ISO 200. After that, the colours looked off. I guess if someone just wants to use it as a black and white dedicated camera…it could work for them.

The black and white of the Pen-F was the best. I think the X-Pro2 is as good when probably tuned, but that Pen-F was stupid simple to set it right in 2 seconds. But if you are going for a walk at minus ten in northern Canada, say Dawson City in the Yukon Territory, you want to have a camera that will be able to handle it. And the Pen-F cannot reliably turn on in cold weather. Such a shame.

It could have been a perfect camera if Olympus would have polished their product a bit more. 20 megapixels wasn’t necessary: I would have rather prefer 6 megapixels with a huge dynamic range (a la Fuji X10 sensor) in a sexy steel body than having many pixels but the noise at low ISO.

There are many things that I liked about the camera, but do they matter if I don’t pick up the camera because I know that it might not turn on when I need it? That’s the whole point.

In a real-life scenario, I need to know that the camera will be on and ready to shoot and I decide to take the shot. Most moments never come back. That’s just part of the game of life.

Here are some pictures: 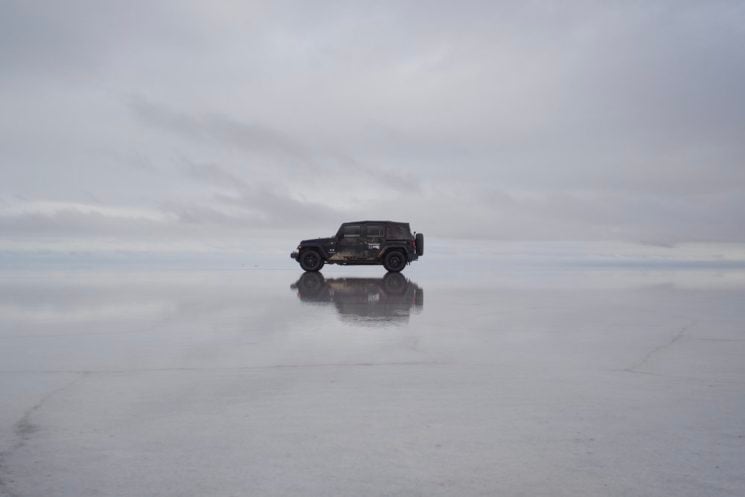 The Jeep in the largest salt flats on Earth: Uyuni in Bolivia.

Arrived in Ushuaia. The colours are great. Straight out of camera JPG 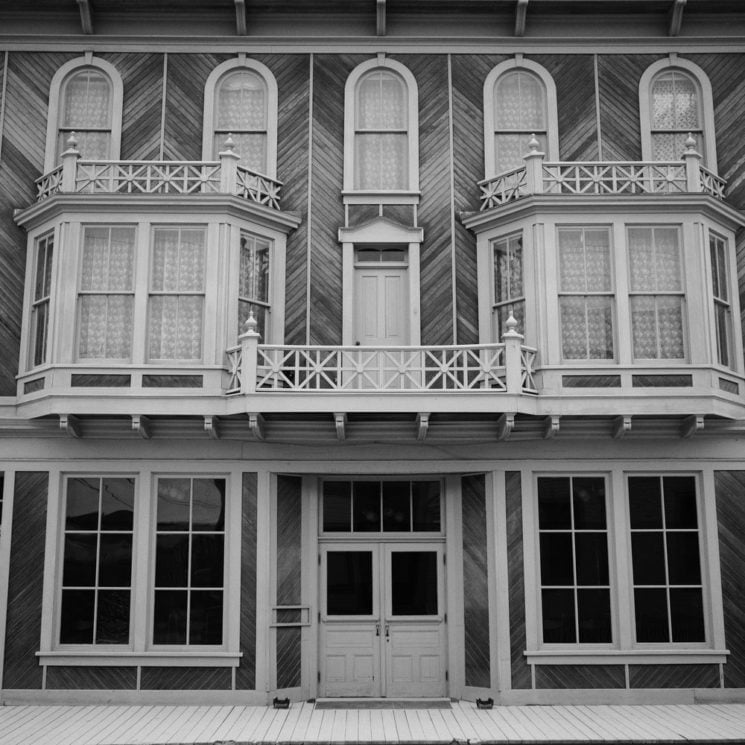 So there it is. I cannot recommend this camera. If you really need a m4/3 for some street photography…rent one for a day and check the files on your computer. It might not be to your liking. Maybe a cheap body picked up on craigslist coupled to a 25mm f/1.8 prime can make the perfect combo for photojournalist needs, but then again, the X-Pro2 or XE3 will just get you better files. Heck, even a Fuji X10 or X30 would be better. Or the 2012 X-Pro1 that I loved so much. 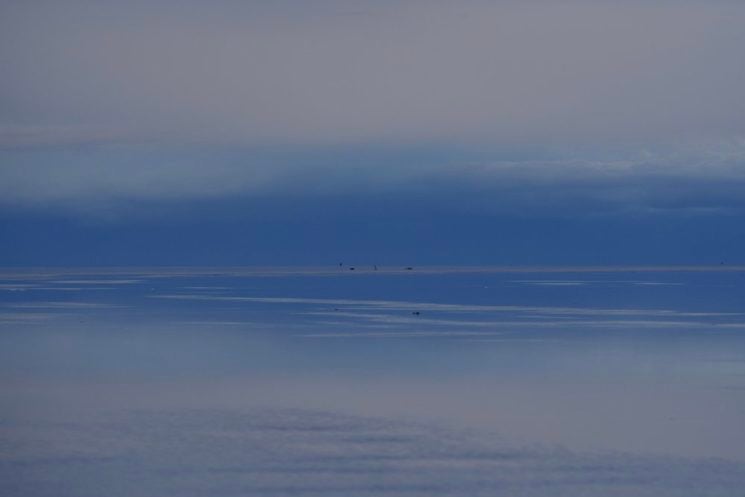 Taken with the 75mm f/1.8 Zuiko. My D300 still works after a decade and never missed a beat. Driving a convertible on a dirt road for a day will cover everything with a fine moon-like dust. 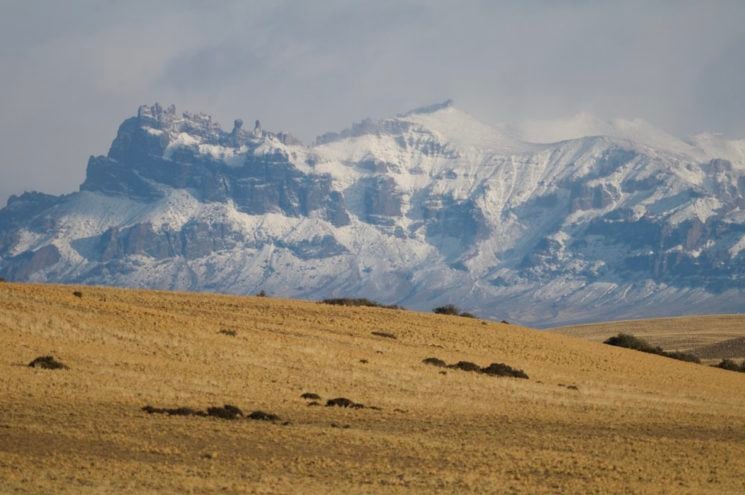 Another view from Torres del Paines in Chile. Taken with the 75mm f/1.8 Zuiko on the Pen-F

In conclusion, the Pen-F was a great idea from Olympus: A classic stainless steel design with a modern sensor and the latest gizmos. It was just too late. In 2012, this thing would have sold like hot cake: Fuji had a terribly slow X-Pro1 and there was practically no other mirrorless. But just like Xerox and Blackberry and Palm computer, Olympus is slowly phasing out, to be replaced with competitors that aren’t bound to a small sensor. Olympus could have decided to go full Panasonic and put a full-frame sensor in their product and join the L-alliance lens thingy: but they didn’t, and they signed their own demise, I’m telling you. 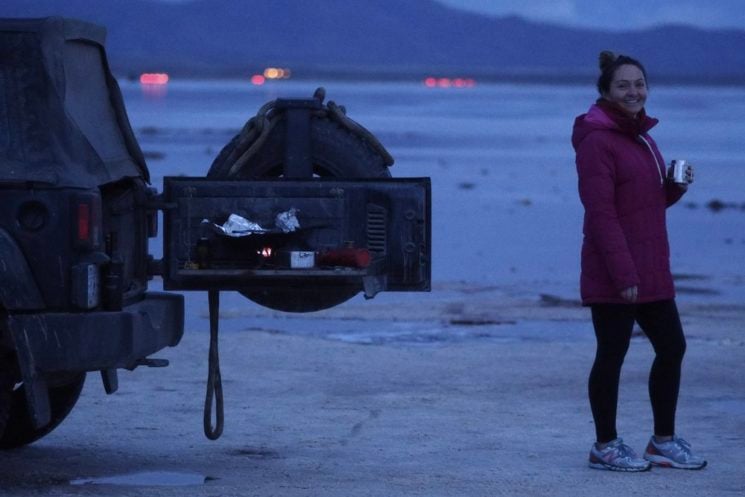 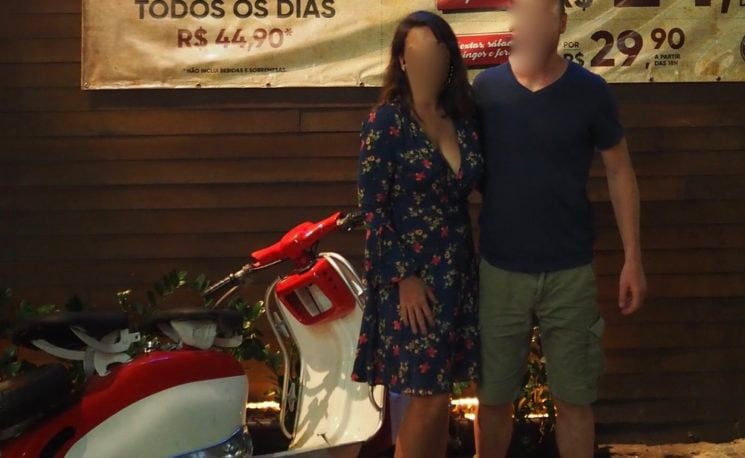 ISO 1600…so much noise reduction. 50% cropped. Hard to tell, but it’s a disaster. Give me more noise and less wax-like files.

In the street of Peru.

Friend playing with her Nikon. Taken with the Pen-F with a 25mm f/1.8 Olympus 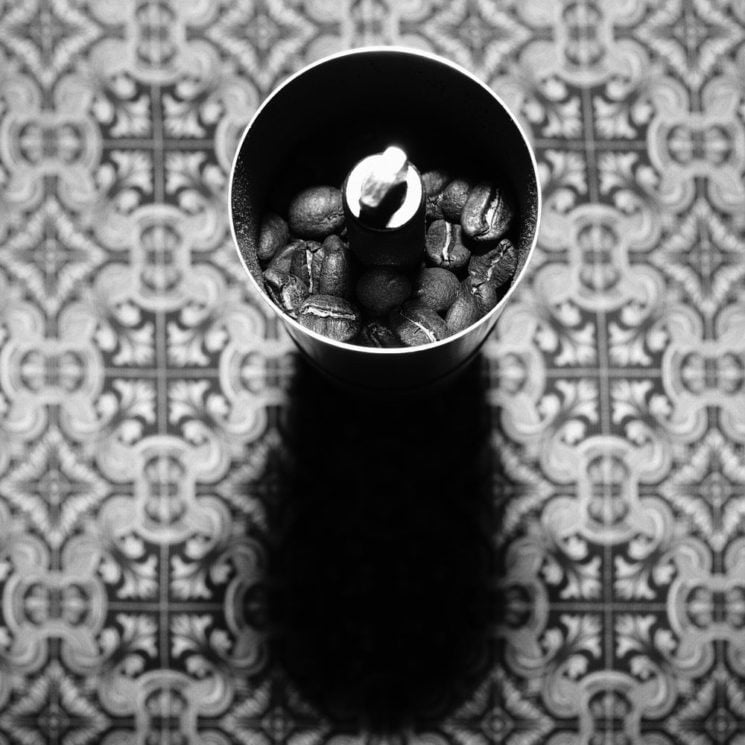 View of the panamerican highway near Zorritos, Peru. Just after the Ecuadorian border.

Some boring street photography in black and white with the Pen-F. The Pen-F could have been the perfect street photography camera if Olympus would have updated the firmware to remove the annoying bugs, such as the deep sleep the camera goes in (no matter what the energy preference is set to, in the menu). I missed many shots because the camera isn’t ready.

You can read more about my journey through The Americas right here.

On the last note, here’s what some have to say on the Pen-F…we got someone at Teemusphoto saying that “When you push the ISO to 800 and even all the way to 1600 the camera still holds its own and continues to produce decent almost noise-free images”. This is nonsense. The camera has noise starting at ISO 200 and it shows.
Google Pen-F Review and you’ll see a list of bloggers that got paid by Olympus to write nonsensical stories about the m43 format and the pen-f. I don’t get paid by anyone, and therefore I am preaching something of my own experience of the Pen-F, without any sugar coating. It might sound harsh, but someone has to stand and preach the truth out there.

Okay, one more last thing. It isn’t a great camera for most of us, but I am aware that someone can love this camera. It isn’t that bad and it is much better than an iPhone. But when it is compared to the Sony A6300, or any Fuji/Canon/Nikon, the small m43 sensor is no match.

UPDATE: Some more random sample photo of the Pen-F, mostly black and white. That’s about the only thing that I loved about this camera.

COFFEE FILTER WITH THE STAGG-X

DAWSON CITY WITH THE PEN-F

Jean-Pascal Remon is a photographer who quit a “normal way of life” to travel around the world in a Jeep. You can find more of his work on his website and read his blog. This article was also published here and shared with permission.

The Insta360 ONE X is a 5.7K 360° “action camera” which completely eliminates the need for a gimbal
« Instagram is going to let you appeal takedowns of your images
Photos and specs of the new DJI Osmo Action camera have been leaked »