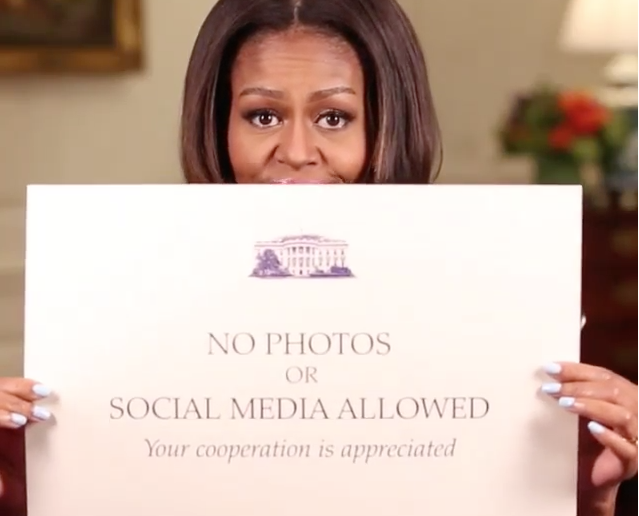 In a move reversing a 40-year ban that I didn’t even know existed, the White House has lifted its photography restrictions.  For more than four decades, visitors to the White House have not been allowed to take photos during tours.  With this new decision, you will be allowed to document your visit, selfie all over the place, and share your bunny ears on Secret Service guards on social media.  However, there are still restrictions…

Big news! Starting today, we’re lifting the ban on cameras and photos on the @WhiteHouse public tour. Visitors are now able to take photos and keep those memories for a lifetime! 📷 To learn how to schedule a tour with your friends and family, visit whitehouse.gov.

In a sensationalize Instagram post, First Lady Michelle Obama informs the world that photography is now allowed on White House grounds.  (Perhaps they’ll announce our next war like this…)  Visitors were also encouraged to share their images on social media with the hash tag #WhiteHouseTours.  (Maybe we can start doing that for military engagements as well… #DesertGoBoomBoom.)

But, there are limitations

There are limits to the White House’s generosity.  Forbidden gear and practices still include:

So, while perhaps not earth-shattering, the new policy does provide added appeal for tourists, unlike a proposal in the European Union that would make capturing and sharing photos in most any public place nearly impossible.  Either way, there is now no excuse as to why you don’t have proof that you allegedly made out with a White House aid in the Lincoln Bedroom.