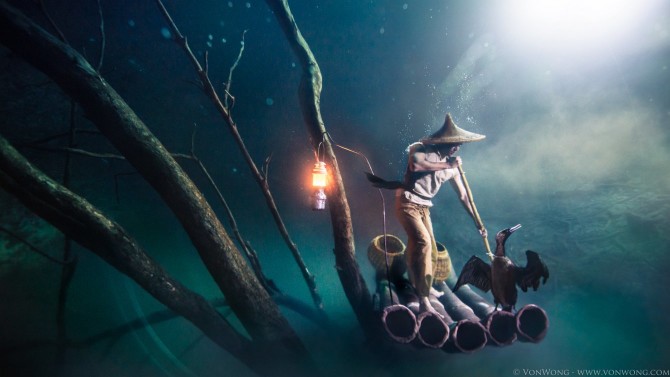 What if a big company approached you with the following suggestion, how would you react?

We love what you do and want to support you as part of our Stay True campaign. Is there anything you’d like to do that you’ve never done before?

when Ballantines approached Benjamin Von Wong with such a suggestion, he reacted by upping his underwater shooting game. He wanted to “recreate the iconic scene of a young Chinese cormorant fisherman hard at work on a bamboo raft – shot 30 meters underwater in a cenote just above a toxic layer of hydrogen sulphide“.

Ben explains the motivation for creating this image:

Traditional culture as a whole, is something that is inexorably fading with time. I wanted to create a piece that would immortalize a piece of my own culture – the iconic cormorant fisherman. By placing him directly above an underwater river, within this portal that was believed to lead to the mayan underworld, seemed like the perfect way to bid farewell to a proud tradition

That is not a trivial task, and both Ben and the team at Ballantines knew that it is a job that would live or die by the crew assembled. And the crew had a top notch commercial diver, a free diving model, several safety divers, and a film crew. A location was scouted, a sketch was prepared and the production started. 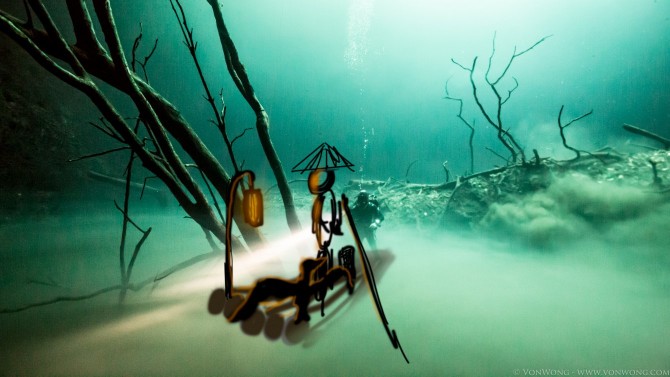 Each shooting cycle was only 2 minutes long as this is how long each freedive lasted, so the team went through a pre-planned modeling routine and communicated using a dive slate and hand gestures. 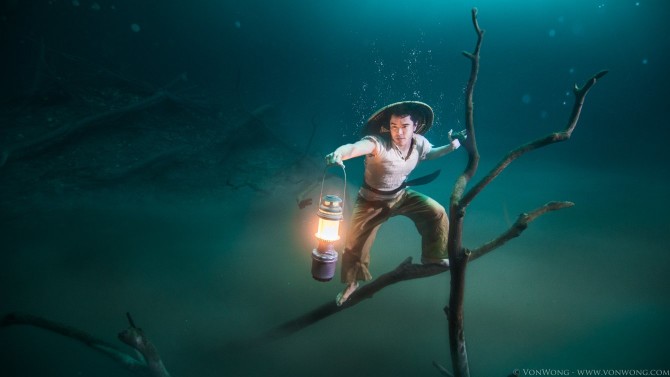 « Sony Banking on Its Image Sensors; Will Raise $4 Billion to Invest in Development and Production
White House Lifts Ban on Photography, But With Limitations »