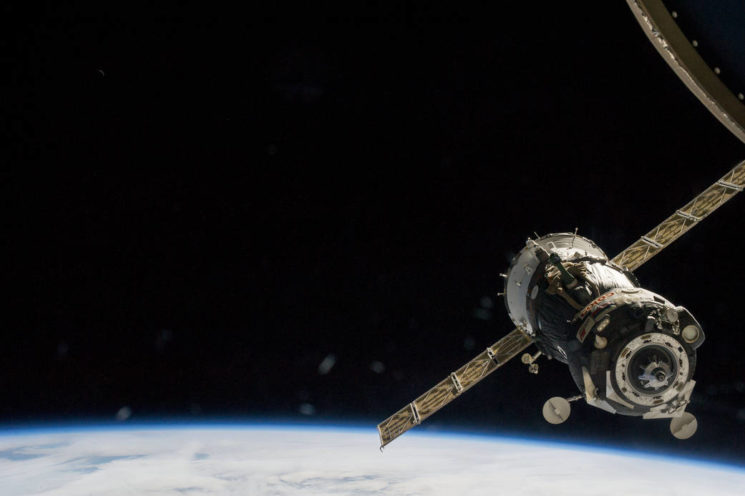 Chris Hadfield is a retired Canadian astronaut who was on three spaceflights and is now back on Earth. As if that weren’t cool enough, he also has some awesome artistic talents – and photography is one of them. He has taken around 45,000 photos from space, which is pretty impressive. In this video from Big Think, he will tell you more about what it’s like and what it takes for an astronaut to take photos from outer space. He also goes through some of his favorites, He goes through some of his favourites, all of which show off the beauty of our home planet.

Combining a high-quality camera, a keen photographer/astronaut, and the view from the ISS is certainly a great idea. However, Hadfield reveals that it’s not easy to just grab your camera and go shoot while you’re up there. Life on board a spaceship is really busy, dictated and controlled. Still, you can’t help but go and look through the window whenever you have at least two minutes of spare time. And with every look, you’ll see an incredibly beautiful, ever-changing view.

Since you can’t just send professional photographers to outer space, Hadfield and other astronauts are trained to take photos. They use high-resolution gear such as a Hasselblad with 70mm film and IMAX cameras – and they need to learn how to use all of it. It’s not just that they need to become acquainted with all the gear. They also need to master the artistic side of photography and learn how to capture properly composed images.

No matter how hard they try, how much they learn and how photogenic the Earth is, Hadfield says that they often don’t get it right when taking photos. Still, all of us need to take multiple shots before we get the one we’re perfectly happy with. So, this is what makes us common folks similar to astronauts – at least when it comes to photography.

After taking those 45,000 images, Hadfield admits many of them were “terrible.” But he sat down and culled them, thinking about what he would want to show to a person sitting next to him. He has come up with 150 of his favorites and published them in a book titled “You Are Here: Around the World in 92 Minutes: Photographs from the International Space Station.” There are a lot of beautiful images in the book, but Hadfield still believes that this isn’t nearly enough to depict the beauty of our home planet. I can only imagine what it’s like to see and capture it from outer space every day.