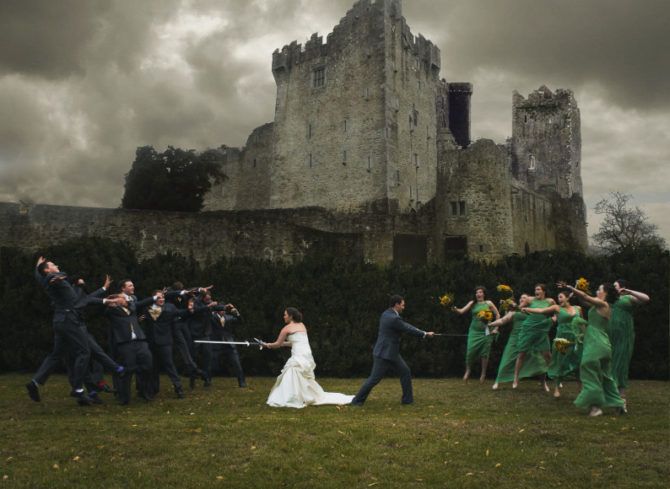 One morning last December, I woke up and noticed that a dream of mine came true: I had taken a picture that went viral. A picture I took at a friend’s wedding had been shared by UNILAD on Facebook with the caption “Best wedding photo ever.” It had over 300,000 likes and was gaining hundreds by the minute. Unfortunately, they also added an instagram-worthy filter to it, but I figured I shouldn’t complain–the exposure was worth it.

First, a little backstory: The bride in the picture was an old friend of mine, and when she contacted me about shooting her wedding, she mentioned having a couple of swords that she wanted to use in some of the pictures. The wedding took place in Luray, Virginia, a place not really known for its medieval castles (I’m based in Finland but travel to the U.S. a few times a year for weddings). The wedding was fantastic, and we got this fun shot of the bridal party “fighting” the wedding couple. As a surprise to the couple, I added a royalty-free castle and dark sky into the background of one picture with the help of Photoshop. The edit was done quickly (in less than an hour) and I didn’t pay much attention to details, treating it as a bonus to the wedding couple, and they loved it. The video below shows a breakdown of the layers used in the editing process

A few days after delivering the picture to the happy couple, I posted it on imgur.com since I figured it might give some people a chuckle. A few hours later, my heart jumped to my throat when I found out that the picture had over 100,000 views and was going viral. So it began. The next few days were a blur as I constantly checked out which corners of the internet my picture had reached. This was the start of a wild ride, and now I’m going to share a few lessons I learned from the experience.

Lesson 1: Once an image is online, you can’t control where–or how–it spreads

The next couple days were a whirlwind of tracking where the picture spread…I watched as it reached 9gag, The Chive, a bunch of random Russian sites, and, of course, being filterized and shared by UNILAD on Facebook, a page with 14 million fans. 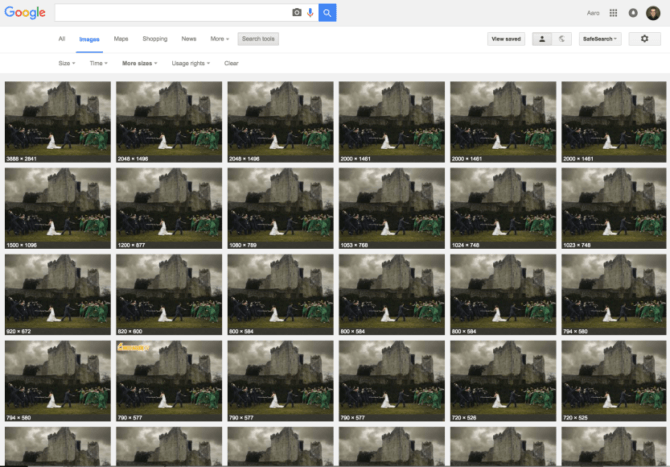 This was all exciting, but one thing was missing from all of these shares: a photo credit. I had taken a picture that was being viewed by millions of people–but it was doing me no good. “Typical,” I thought, “These are the kinds of things you read about on Petapixel.” But, then I sent UNILAD (the page with the most views by far) a message through Facebook–and to my surprise, they added a link to my Facebook page within minutes. Props to them for that, though shame for not crediting me in the first place.

Lesson 2: The Facebook likes start rolling in, but all is not well

As soon as UNILAD added the credit, my Facebook page started getting new likes. This was very exciting, as my page had been stuck around 600 likes for a few months (and, as we all know, more likes is always better…or so I thought). I soon realized, however, that my new fans were from all over the world, with a surprisingly high concentration in middle eastern and western Asian countries (Egypt, India, Bangladesh, etc.). These were people who were not likely to bring me any business, and judging by their profiles, the majority of these people were being paid to like pages on Facebook. So I did the unthinkable and started deleting fans from my page, reducing my overall number of likes and blocking most of the questionable countries in the process. I did this to make sure the interaction on my page stayed significant, as explained in articles like this one. This culling left me with just a few hundred new likes that I judged to be legitimate. 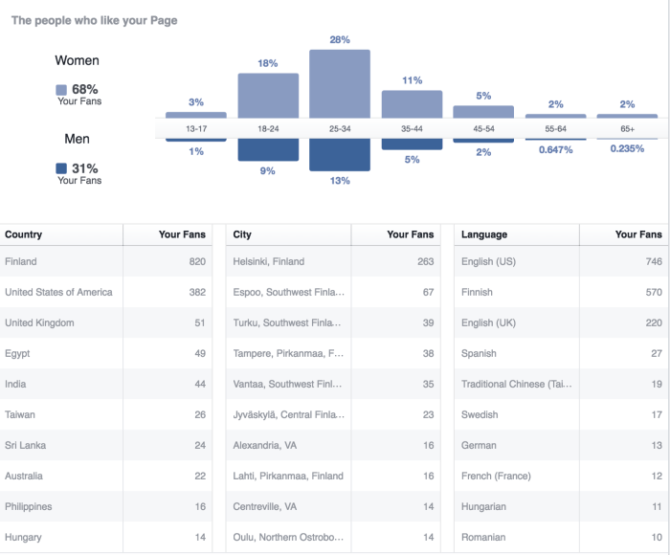 Lesson 3: You have to leverage virality

A week after the image was posted, I had a ton of reputation on imgur, a couple hundred legitimate new likes on my Facebook page, a few vague requests for gigs, but nothing really solid to show for it. After a bit of brainstorming, I decided to contact media outlets in Helsinki to attempt to gain local visibility that would hopefully translate into sales. I got in touch with three Finnish entertainment/news websites, gave them a brief summary of the story and hoped they would run with it. 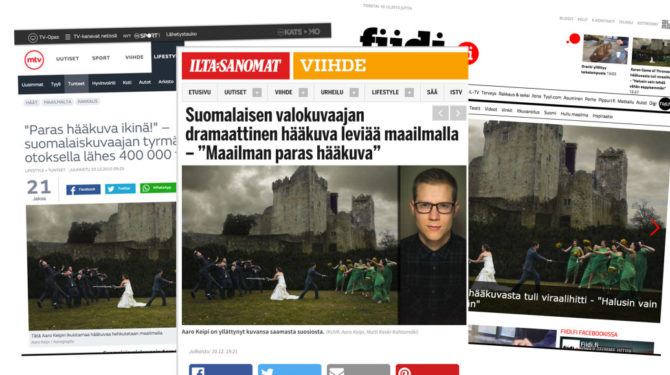 And run with it they did. Within two days, all three (plus one more) had written stories about the picture, and the stories were shared close to 10,000 times on Facebook. Best of all: all the media outlets credited me, many had a link to my website, and some even included an interview. All of this helped drive people to both my website and my Facebook page, resulting in an over 30x daily increase in visitors to my website (peaking at 1,400).

Lesson 4: Virality may not translate directly into sales–at least not without some work

All that being done, the effect wore off pretty quickly, as seen in the screenshot below. 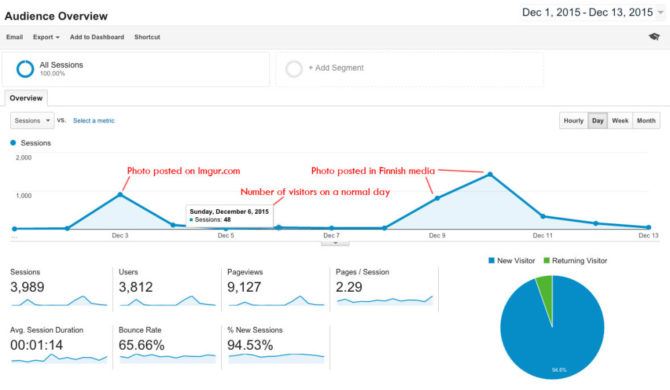 So it’s true–the Internet is a fickle mistress. Surprisingly, in spite of all these new visitors, the number of inquiries coming in didn’t increase significantly. So I determined that either the system was broken, or there must be something more I can do. 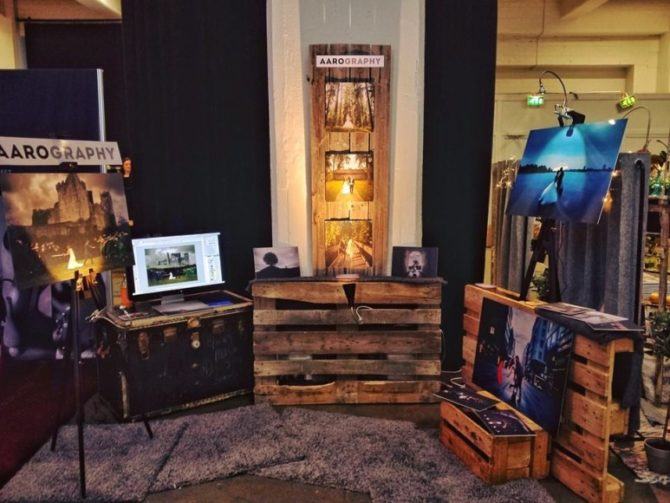 So to combat my lack of significant inquiries, two months after all of this happened I entered my first bridal show, armed with a decently-sized print of the picture in question. Thankfully, I received a lot of attention at the show–it seems half the people in Finland had seen the picture (though this is not necessarily a difficult thing to accomplish in a country with 6 million people)–and I ended up booking a few big weddings as a result.

The whole process was an emotional rollercoaster, with ups and downs as I tracked how far the picture spread (mostly without credit) across the world. All in all, the photo ended up on dozens of sites worldwide, racking over 350,000 views on imgur, 396,000 likes and 17,000 shares on Facebook, and over 10,000 shares on articles about the photo in Finland. Eventually, I also scored about 900 new legitimate Facebook likes on my page, with the majority coming from my geographic target market.

In spite of these ridiculous numbers, though, the long-term benefits of this viral picture remain to be seen. In my photography business, I have tried to live by the two-fold advice I remember reading a long time ago on Chase Jarvis‘ blog: take better pictures and show them to more people. A viral image takes care of the second half, but–as I found out–it may not be the big break you would expect. It seems there’s just no substitute for consistent, hard work. Now I’m back to trying to take better pictures and figuring out how to get more of the right people to look at them.

Aaro Keipi is a wedding and portrait photographer who splits his time between Washington, DC and Helsinki, Finland.  You can find out more about him on his website, follow his work on Instagram, or reach out to him through Facebook.

Just shot my first wedding, here’s what I learned
« Chimera’s new self levelling lighting boom will set you back at least $550
Do clients buy our photography or our retouching? »