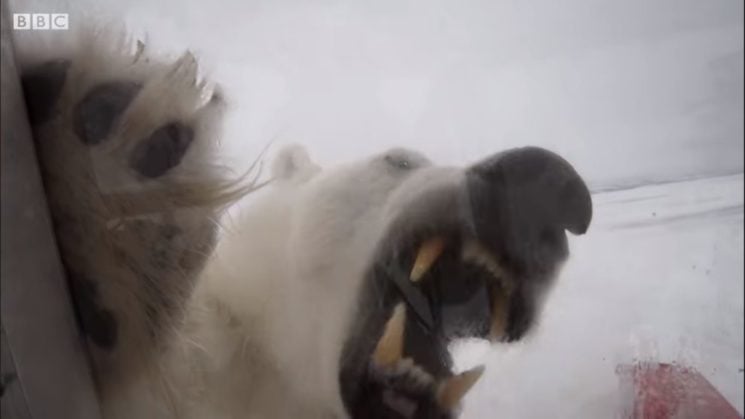 BBC videographer Gordon Buchanan is on a mission of observing and filming a family of polar bears for one of his latest project. So, he came as close to the animals as possible – but one of the bears decided to get even closer. In this video shared by BBC Earth, you can see the scary moment when the polar bear tried to break into the box protecting Buchanan while he was filming.

Buchanan worked on filming the 2013 BBC series The Polar Bear Family and Me. With the experience gained on that project, he now embarks on a new mission – to gain the trust of a family of polar bears. The mission is ambitious and obviously dangerous, as you can see in the video.

I must say I’m impressed with how Buchanan kept his cool and went on filming and talking while the persistent bear was trying to break in. But who knows, maybe she just wanted to help out and take some photos herself.