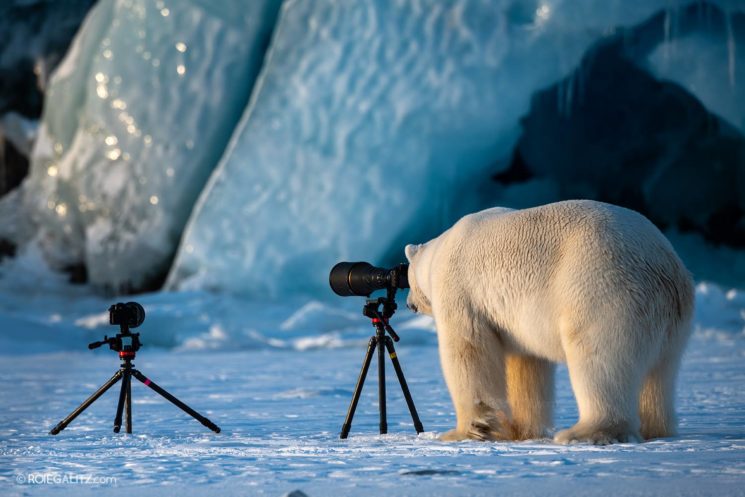 Photographer Roie Galitz was leading a photography workshop in Svalbard when the team encountered a big male Polar Bear. Little did they know that the bear had artistic aspiration.

I was guiding a wildlife photography workshop and while we were photographing this huge male Polar Bear. He suddenly walked towards us. We had little time to think, and so for our safety, and the bear’s we retreated back.

The bear smelled the gear, one once he saw that it wasn’t edible he continued on its path

Luckily, both the gear and the bear were unharmed during this encounter.

While Polar bears do not hunt humans per se, the chances of not exiting a violent encounter unharmed are not bright. According to the Wildlife Society Bulletin, there were 73 confirmed polar bear attacks between 1870-2014, in which 20 people were killed and 63 injured.

If you are intrigued, you can check out Roie’s workshop page, Facebook and portfolio.

« Signili Review – Invisible Digital Watermark to Protect Your Photos from Copyright Infringement
The monkey selfie case goes on: the court refuses settlement between PETA and photographer »