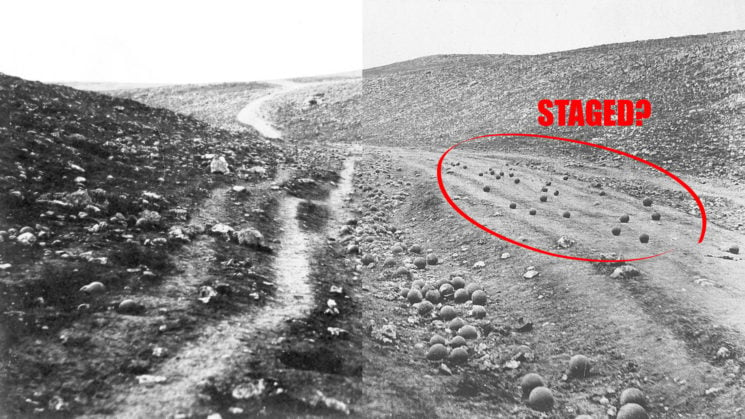 There are some iconic photos taken through history that turned out to be staged or altered. The example that first comes to mind for me is Dorothea Lange’s Migrant Mother, which was both.

In this video, Vox brings another example of a historic image that was most likely staged. It’s Roger Fenton’s Valley of the Shadow of Death taken in 1855 during the Crimean War. Two versions of the image caused a lot of questions and controversy, and film director Errol Morris was determined to figure it out.

Fenton took Valley of the Shadow of Death on 23 April 1855. It’s the first photo of war to become iconic, and the Crimean War was the first war to be photographed. Unlike Fenton’s other images, this is one of few that doesn’t show any people. And more importantly – it’s the only one that has the second version, which is what put it in the center of a controversy.

The two versions are almost identical. They were taken from the same spot and the same tripod position. But when you look closely, you’ll notice that the position of the cannonballs is different. The photo that became famous shows the cannonballs scattered on the road, and in the other version, you can’t see any of them there. It’s obvious that Fenton moved the cannonballs, but did he clear them from the road, or he put them there himself? Which photo was taken first? 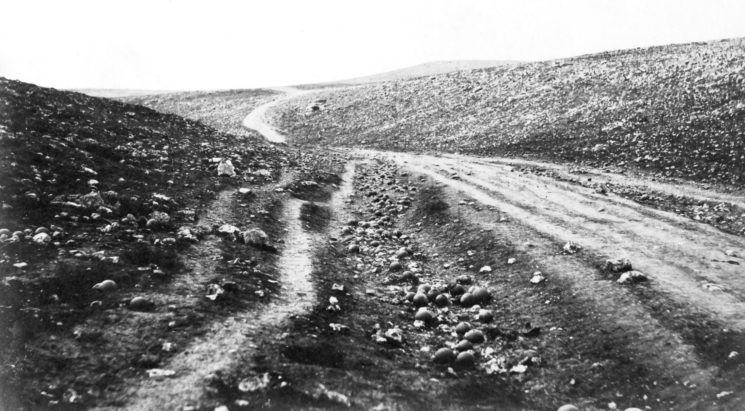 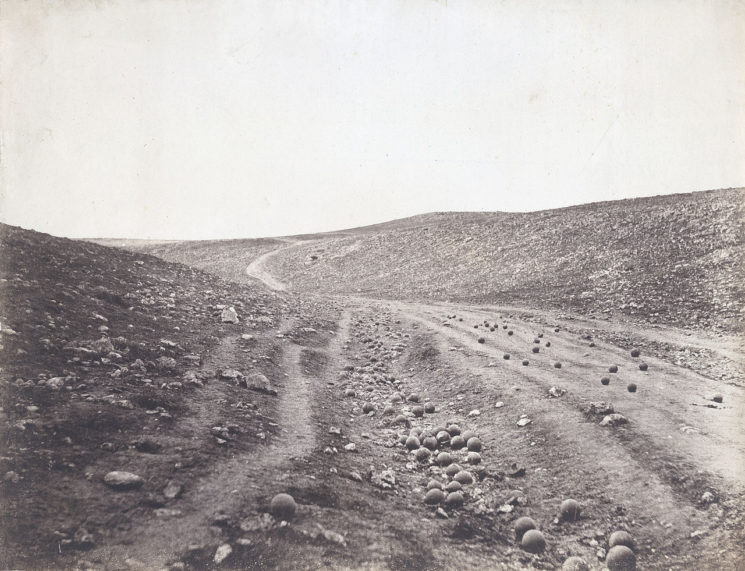 Errol Morris says that the question “tortured him.” So, he did tedious research in an attempt to find the truth. The version of the photo that became famous was the one with the cannonballs on the road. But Morris wanted to know was it the one that showed the truth, or it was the other image.

He did a thorough analysis of both images trying to answer his question. He even traveled to Crimea and found exactly the same spot where Fenton took his photos. Morris believed that studying the shadow on the cannonball will tell him more about times of day in each photo, so he photographed one over different times of day in the same location. But no, this wasn’t enough to figure it out.

Finally, Morris found the answer thanks to a friend, and it wasn’t lying in the cannonballs. It was also hidden in plain sight though: in the stones on the ground. The stones moved between two photos, and Morris concluded that the gravity would pull them from higher to lower elevation as people would walk through the scene. In other words, he concluded that the photo with the cannonballs on the road was, in fact, taken second.

Take a look at the two photos above and see for yourself. And make sure to watch the video because it’s really interesting. After looking at the photos, let us know: do you agree with Morris’ findings?

How the iconic photo “Migrant Mother” was staged and captured