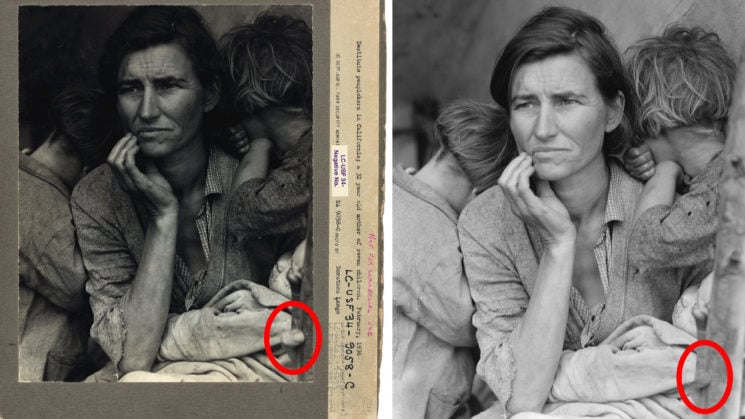 There is hardly anyone who doesn’t know about “Migrant Mother,” an iconic photo by Dorothea Lange. The 1936 portrait depicts Florence Owens Thompson and her children, and there are many true and untrue facts we’ve heard about it. But did you know it was altered? Or “photoshopped,” as we tend to say nowadays? Thanks to a new book from the Museum of Modern Art, this interesting fact has recently seen the light of day.

Dorothea Lange: Migrant Mother was written by Sarah Meister, a photography curator at MoMA. In addition to the already known facts, this book contains many new ones and it tells about some little-explored details. And among them, there is the story of “the missing thumb,” which was at some point edited out from the image. 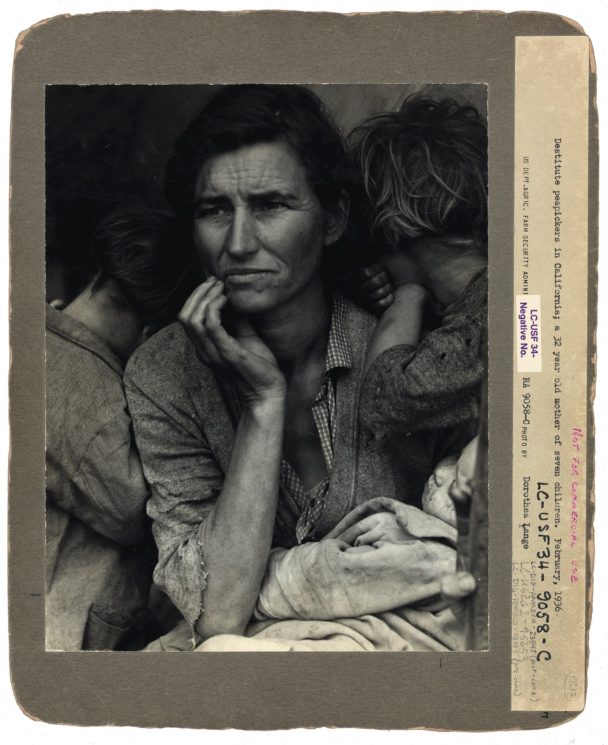 The original image with “the missing thumb”
The print of Library of Congress, ©Dorothea Lange 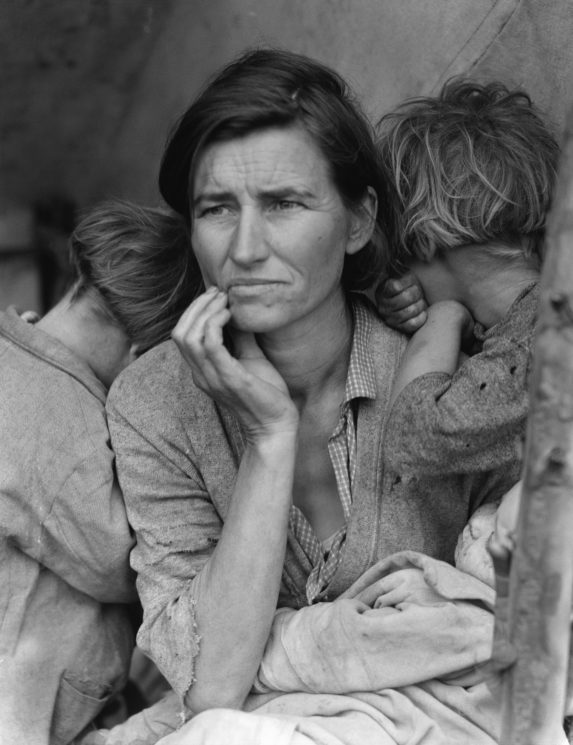 As The New York Times writes, Lange had an assistant retouch the negative in 1939 and remove Thompson’s thumb from the bottom right corner. The reason for this was simple: the photographer thought it was a distraction and she reportedly didn’t have any doubts that it should be removed. However, Roy Stryker, Lange’s boss at the Farm Security Administration, wasn’t happy about her decision. He believed that it compromised the authenticity of the photo and of his whole F.S.A. documentary project.

In her book, Sarah Meister argues about different interpretations of the iconic image. For some people, it represents “the pinnacle of motherhood,” for the others, it represents “represent the depth of the Depression,” or “a suppressing of racial identity.” It’s important, however, to establish the facts and stick to them, regardless of the interpretation.

Generally speaking, documentary images like this shouldn’t be altered, because they need to reflect a real situation. However, I believe that editing out the thumb doesn’t affect the story Lange captured or the viewers’ interpretation. It wouldn’t add to the story even if it were left in place. Since we now know that it was removed from the negative, it helps us determine whether a print was made before or after 1939, and it’s definitely an interesting fact about the well-known image.

How the iconic photo “Migrant Mother” was staged and captured