I know that Flapjack sounds as far as possible from photography, but videographer Andy Bieber so cleverly made those into the most awesome grip ever! 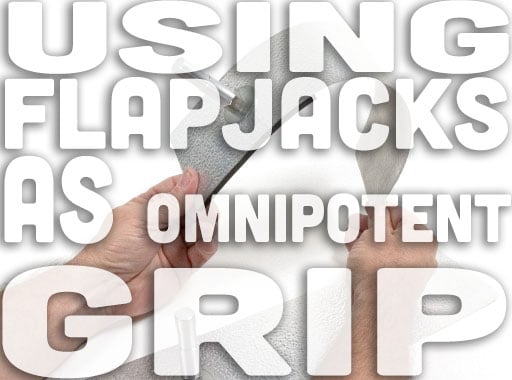 I use a lot of white card reflectors and B-boards in my shooting and always had a problem setting them at just the right angle using only a gobo arm, spring clips and gaffers tape. Invariably I’d have to double up on the gobo arms or punch a hole in the reflectors. Now all I have to do is tape a FLAPJECK to the back of the reflector card, mount the 5/8” pin in a grip head and I have complete control. I use less C stands and gobo arms and the set is a lot less cluttered. 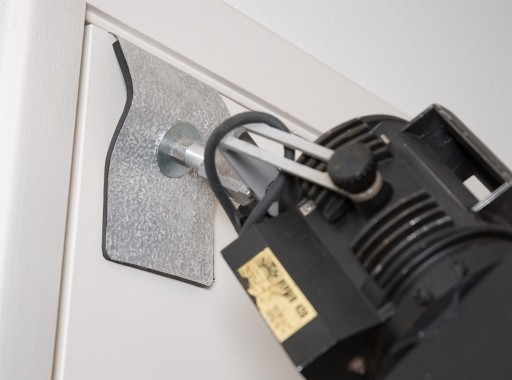 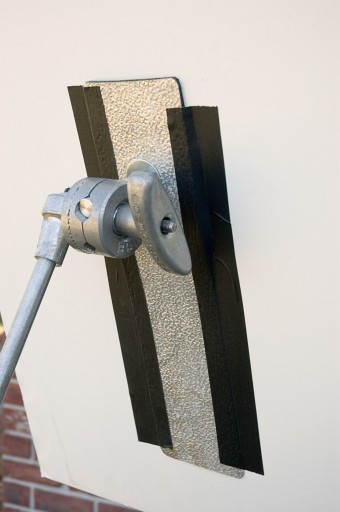 The FLAPJACK’S 5/8” aluminum pin is 2-3/4 inches long. Just long enough to clamp into a grip head. And it’s turned from hexagonal bar stock so I can use a wrench on the bottom if you want to take the pin off and use it somewhere else. This gadget is great for mounting custom cut flags and gobos to grip arms. Can even screw them down to plywood boards to make emergence nail plates, or screw them to a wall to mount lightweight fixtures. 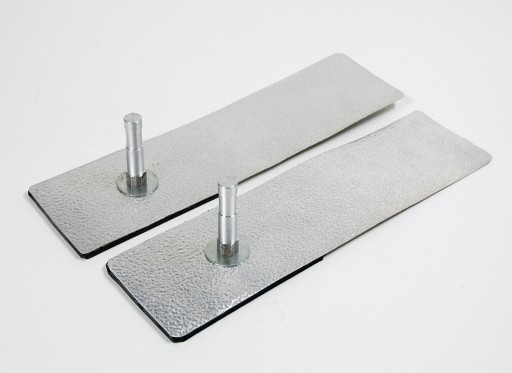 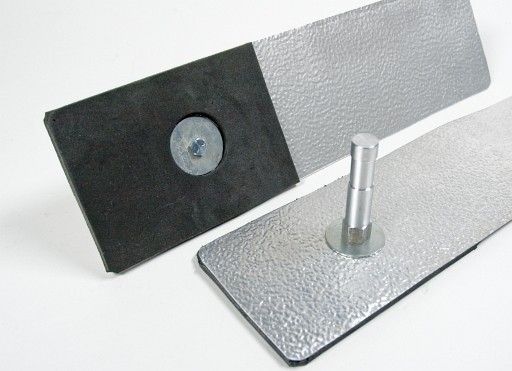 I originally designed these tools to mount small lights on car interiors. I just rolled the side window down. Folded the FLAPJACK over the top of the window and rolled the window back up. Added some gaffer’s tape to the inside and outside and I had my mount. Since I knew I was going to use them against glass I put a pad on the back. I also taped them on the hood of the car but I don’t recommend it unless you are using high speed tape. The TV show I was shooting at the time was REAL STORIES OF THE HIGHWAY PATROL. I only shot about nine segments for the show here in Florida back in the early 1990’s. 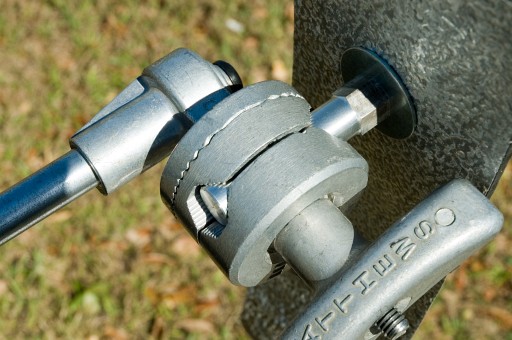 I’m a videographer with a background in cinematography. When I made the first FLAPJACKS18 years ago I considered them as “Expendables” because I thought the aluminum would brake after it was bent back and forth a few time. The fact is I’m still using them. I had no idea they would last so long. And I usually fold them up and throw them in my grip box along with my tape so they don’t get any special treatment around here. I just got finished shooting a 15 week TV series (as the Gaffer) and used Flapjacks to hold bounce cards all the time. And of the three I had, two of them walked away at the end of the shoot.

Just for shows, here is a picture of one of my 18-year-old FLAPJACKS. They work! 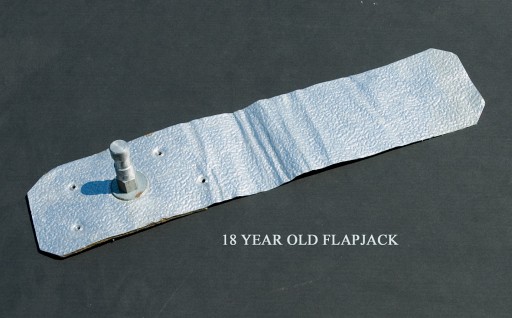 How To Build A 60cm Octagonal Wooden Flash Softbox

How Photography Gels Are Made