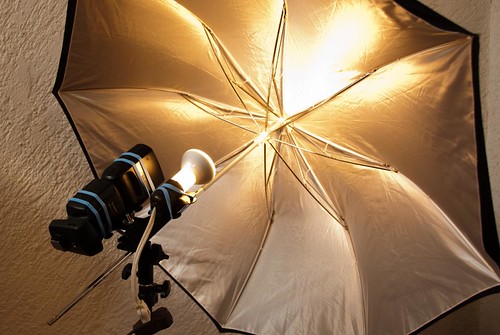 One of the downsides of using a small strobe is that you don’t get the nice modeling light like the big studio guns.

That means that you have to pre-visualize your light. If you are new to strobes this may not be trivial even on a bare strobe, but throw some modifiers in (e.g. a softbox or an umbrella) and it get even harder. This is why a modeling light is can be your best friend as you make your first steps into the modifiers world. In this tutorial I will explain how you can add a modeling light to a strobe using a DIY Double Flash Bracket, but any double flash bracket will do.

The build is really straight forward, say 5 minutes of work (20 if you count the round trip to Home Depot), but involves live wires. That means that the usual disclaimer applies – either know what you’re doing or get help from your local electrician. Modeling light is great, but it is not worth dying over. 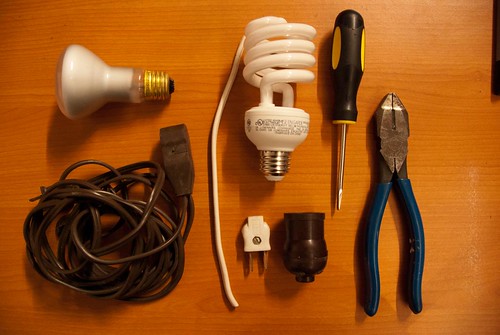 The first step is to equip the socket with a short power cord. 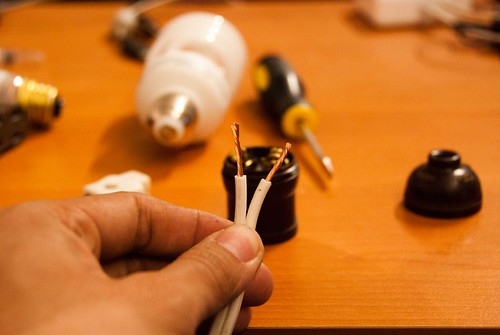 Expose the wires on the short cord 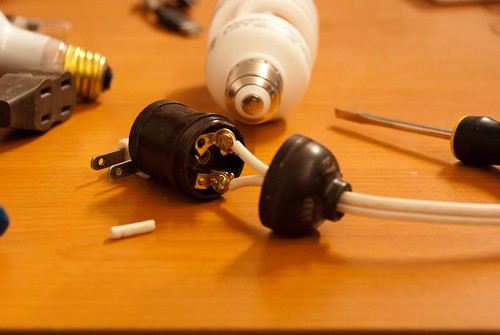 Screw the wires into the socket and tighten the screws. If you have a cable that is already attached to a plug, great! Recycle it into this project. If not, screw the other end of the cable to a plug. 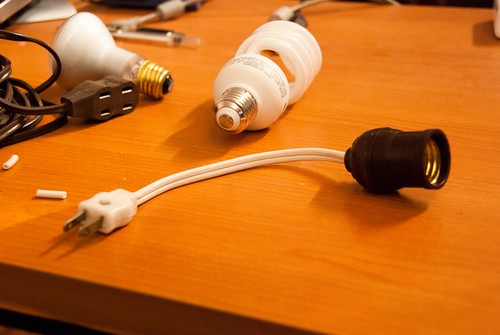 Here is what the project looks like without a strobe, just the modeling light and bracket. 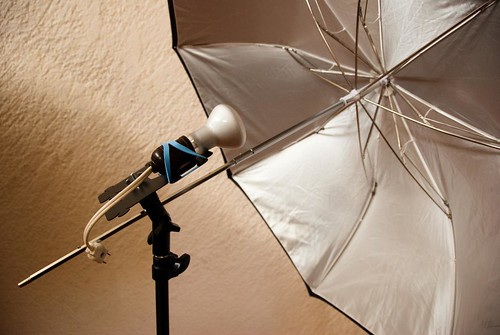 Remember, we are using the Double Flash Bracket here, but this is just one way of doing this. A pony spring clamp will probably work just the same if you clamped it to a light stand and attached the socket on the clamp’s legs. 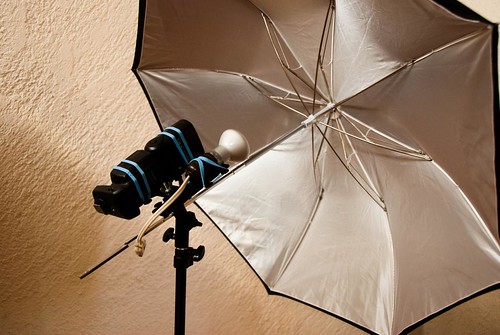 Now you can see how the construction comes together, a strobe on one”leg” of the bracket and a lamp on the other. In this specific one I used a tungsten lamp, which is really hot, so be careful. In the images below I opted for the CFL type as it is easier to handle. 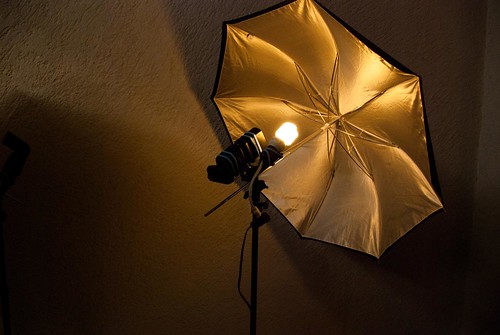 In the image below, you can see me using the same device for modeling a Westcott Apollo 28″. In this case it is even more critical to use a CFL bulb as heat from a tungsten bulb will build up and eventually set your box on fire. 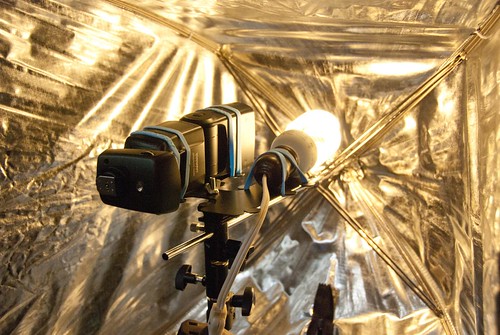 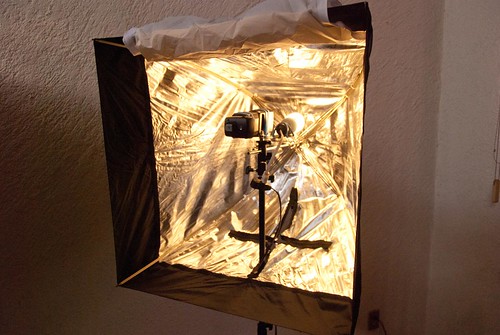 There you have it, instant modeling light.

Ray Panduro is a photography hobbyist who adopts the analog passion to the digital era. You can follow his stream here.

How To Build A Quad Flash Bracket From PVC Pipes