About two days ago I returned from PMA. Aside from the big camera announcements going on the main CES showrooms (the Nikon D4, the Canon G1 X and the Fujifilm X-Pro1) there were a lot of innovation and coolness going on the smaller booths and the PMA venue.

Actually, for me as a photographer/blogger/inventor some of the stuff that was displayed on the smaller booths was more interesting than (I said you could touch it not grab it) touching new camera models. 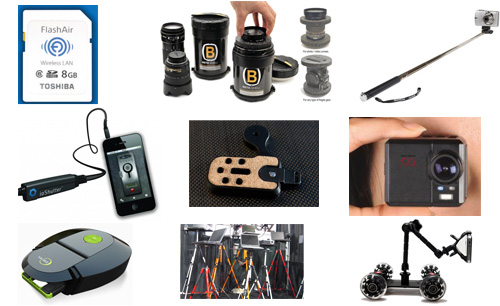 The really nice thing about it, is the most often than not, the inventor would stand in their booth in a way that allows direct interaction. The kind of stuff you can’t get on emails. So you get to ask questions, make suggestions and get instant feedback. nice.

Here is a small round up of the stuff that I found cool on PMA/CES, some of it is new, some has been around for a while. Feel free to add more coolness if you’ve seen it. 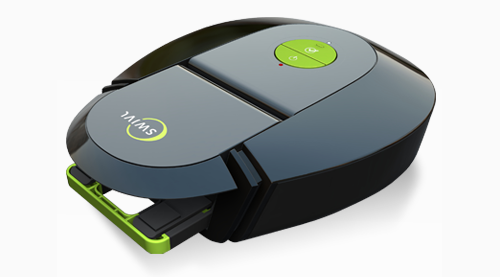 Swivl is probably the coolest thing I saw on PMA/CES this year. If you are an independent blogger/vblogger you are going to love it.

The idea behind Swivl is simple – it is a plate that acts as your personal camera man. no kidding. At first glance it looks kinda like a Frisbee with a 1/4 20 female on the bottom (for a tripod) an iPhone socket on the top (for an iPhone, or a small camera) and a weird looking remote. The trick is that the plate rotates and tilts so the camera follows whoever is holding the remote.

I see a huge future for this one as video and vblogging keep getting bigger. 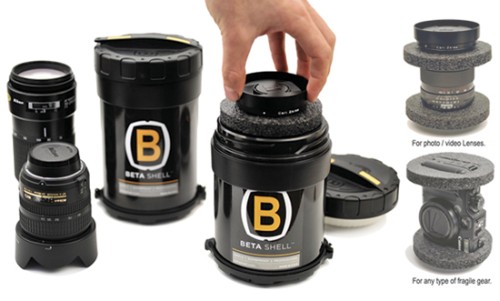 The Beta Shell is a lens case built like a tank. It is water proof, shock proof, dust proof, and by the looks of it also nuclear bomb proof.

It comes in several sized and designs. the ting common to all is that once you drop your lens inside and screw the top on it becomes like a personal lens bomb shelter. 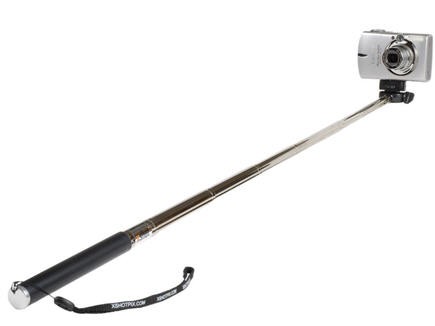 The XShot is one of those “how can no one did it before” kinda thing. At first glance it seems like a simple 1/4-20 screw attached to an antenna (which it is), but then your mind starts thinking about all the cool stuff that you can mount on that little screw. I guess the original intent was to use it for small point and shoots, but I can see a big future for it with voice activated light stands and small strobes. 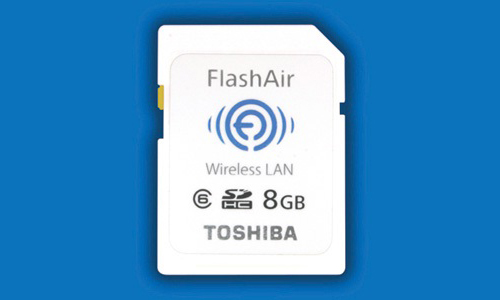 Up till recently, the eye-fi was your only way to get images wirelessly from your camera. Toshiba joins the wireless SD card market with their Flash Air card.

According to the Toshiba rep, the card will generate its own hot-spot so any device will be able to see it over the net. With SD association release of Wireless SD standards [pdf] I won’t be surprised to see more and more of those cards popping up. 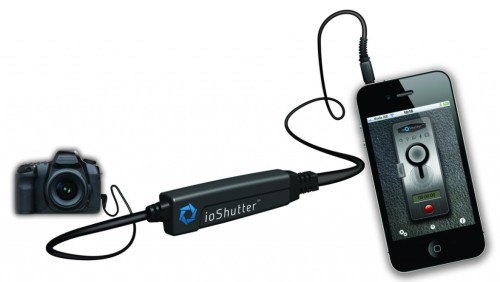 This smart invention comes from the same dude who made the Orbis ring flash. If you ever wanted to harness the little smart computer on your iPhone as a shutter release you probably noticed that it is not trivial to hook a camera to an iDevice.

The IO shutter app and cable release do just this, plus time lapse movies, using the microphone as a shutter release and a bunch of other cool stuff. 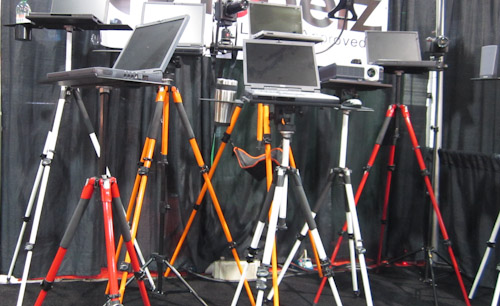 If you are shooting tethered, you are going to love this little one. Tablez is basically a portable laptop stand. It is made from thick aluminum and is super flat. It has a 1/4-20 on the bottom to fit your tripod or light stand and has a weird PU rubber that can hold a computer at a crazy angle.

The even nicer thing is that they sell custom colored Manfroto tripods. I can totally see how those will turn to objects of lust. 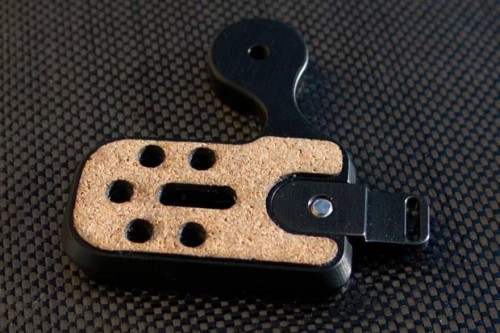 I had a chance to meet with Ivan and Ben from CSLR (the guys who makes the CLoop and the Split Strap). They showed me their new (yet to be released) revised M-plate. I must say that I liked the design they originally kickstarted, but this new design is waaaay slicker and sexier.

The sports/POV market is definitely getting hotter with more interesting cameras popping out. The Cam One Infinity is great if only for the small screen on the back that give you a very comfortable way of composing without geustimating your frame. 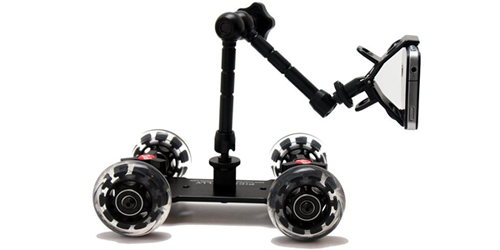 The Pico Dolly has been around for a while, but I got my first play with it at PMA. Think skateboard combined with an articulating arm. Awesome for table top videography and low lever POV. I also think it will work really well with my soon arriving Canon S100.

All and all PMA was lots of fun (or as the casino where we stayed said “slots” of fun. There will be another post or two about my whereabouts during the show and some of the products from PMA/CES may get reviews on the blog so stay tuned.