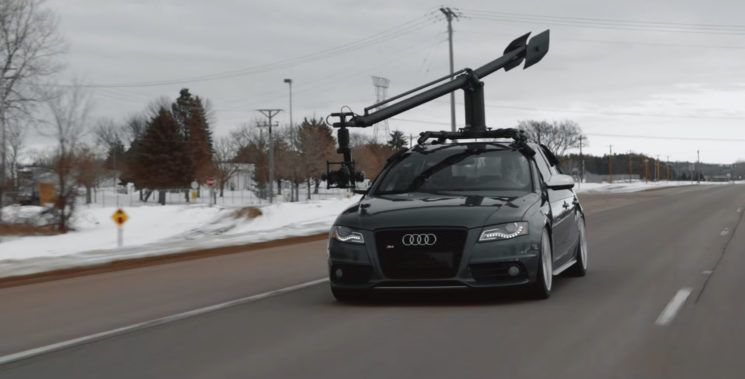 Capturing footage with a moving car has typically meant one of three things. Either you’ve got an operator clutching a camera pointed through a window or missing door. The camera is fixed to the vehicle itself, strapped to all manner of poles, suction cups and various other things. Or, you hire a vehicle equipped with the Ultimate Arm. Now, that’s all about to change.

Thanks to the rapidly advancing gimbal technology we have today, other options become easier to develop. This is where the Motocrane steps in. A universal camera platform that can be mounted from almost any vehicle. And they say the setup takes half an hour or less. In this 30 second teaser video, it seems to handle extremely well, too.

It’s quite the turning point for vehicular video. It means that this type of shot is no longer limited to the realm of Hollywood. You also don’t have to worry about trying to track a moving vehicle with a drone – a constant battle between keeping up and not hitting the car itself.

When I started my career in film school, shooting from a car was a constant challenge. I was naturally drawn to the speed and energy of the footage but it was unsafe, uncomfortable and difficult to achieve. There was so much time and energy spent on keeping myself alive, that I couldn’t really focus on being an artist. I knew there must be a better way.

The system uses a mixture of suction cups and straps to keep the system mounted in place on almost any type of car. Using both also offers a measure of redundancy, so that if one part fails, you’re not going to see the rig tumbling down the road in your rear view mirror. It’s also built using industrial grade components that can withstand a lot of use and abuse without cracking under the pressure.

Besides the build quality and safety aspects, though, there are two important factors. How well does it perform? And how easy is it to use?

Well, according to the specs, performance should be pretty amazing.

The whole rig adds about 95lbs to the weight of your vehicle. Once you add a camera, fully loaded it adds up to 170lbs in total. What’s most impressive is that the whole thing is powered by a humble 12v cigarette lighter socket in your car. 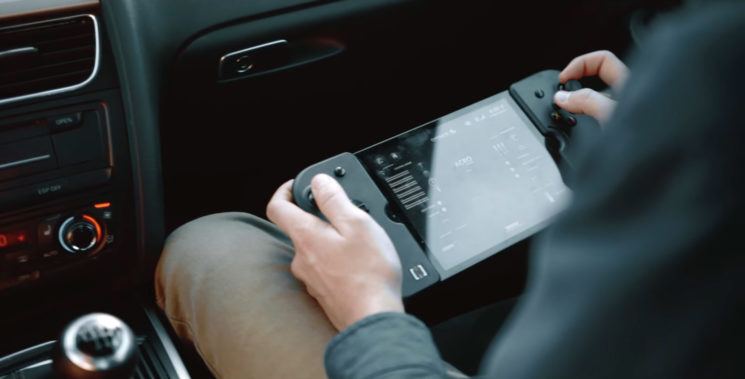 As for ease of use, the Motocrane comes with its own iPad, Gamevice, HD monitor and lens controller. Going with a system like this makes a lot of sense. Why develop your own hardware when existing options can do the job just fine? It cuts down on development costs, and the devices can be used for other purposes, too. The list of officially supported cameras is quite impressive.

I would imagine, with a little ingenuity, you could find ways to mount pretty much anything to it, though, as long as it falls under the 25lb payload limit.

No pricing or availability has been announced yet, but they will come next month once pre-orders become available. I wouldn’t expect this to be particularly cheap, but it should certainly be less expensive than the alternatives. It would also imagine it to be much less expensive to hire, too, in the event you only need one occasionally.

You can find out more details over on the Motocrane website, and sign up there to keep updated on news as it’s released.

Do you shoot from moving vehicles? How do you do it? Are cameras in fixed positions on the camera? Or are you holding the camera yourself? What are your favourite car rigs for cameras? Let us know in the comments.

The Canon EOS R3 shoots oversampled 4K, up to 8 stops of IS and vehicle AF tracking

Turn On the High Beams: Add head lights to a vehicle in Photoshop