It was only a matter of time until someone hacked the Light Blaster. Being a hack aware blog, it is not surprising such a hack found its way here. It is a small world in the photo-hacking industry :)

The first uses a 2$ level to make sure that the Blaster projection is 100% leveled.

“Because there is not an easy way to make adjustments to the projected image, it takes me several tries to make the image level. Granted it doesn’t matter on some images but on many of mine it does. I have added a 2 way bubble level to the top of the casing. It is a quick and easy way to ensure the projected images is level and squared to the screen.” 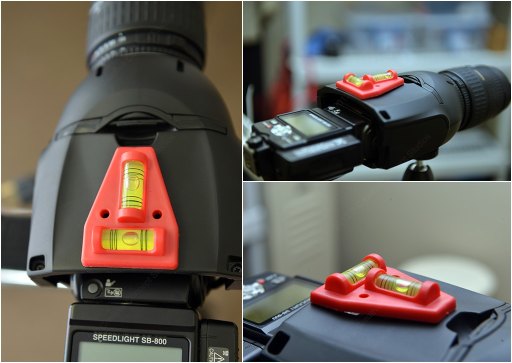 The other hack is placing the Blaster on a mini ball head rather than on a light stand. This makes shifting from horizontal to vertical projection a breeze. 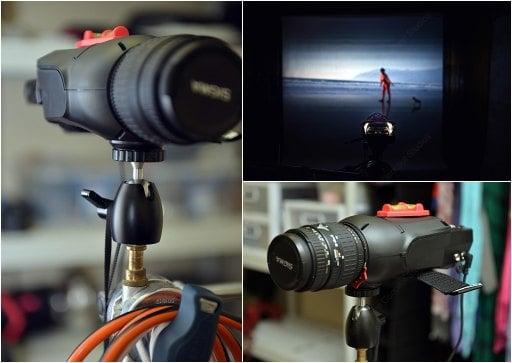 So a huge hats off goes to Ray for sharing those hacks.

« Watch out Instagram! – An Analog Tale
It’s The Light, Stupid »