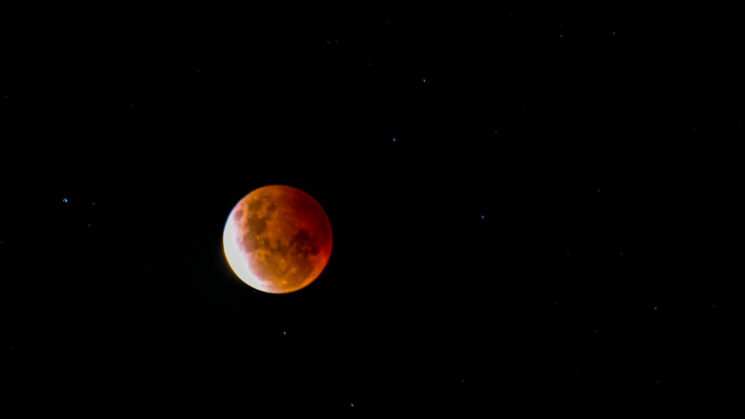 Last month parts of Europe, Asia, and Africa got to see and possibly photograph a partial solar eclipse. Today, it’s North America’s turn. But because everything in America is bigger and better you guys get a total lunar eclipse to enjoy. This will be the last chance to see this phenomenon until 2025, so dust off those telephoto lenses and let’s get to it!

Firstly, what is a lunar eclipse? In simple terms (ie. I’m not a scientist so I will explain it in the least sciencey way known to mankind), it’s when the earth gets directly between the sun and the moon. This means that none of the sun’s light can fall on the moon. The Earth is quite literally throwing shade.

This resulting shadow is known as an umbra. The partially shady part is called a penumbra. The effect leaves the moon with a beautiful reddish hue due to the refraction of light passing through the Earth’s atmosphere. Stars and constellations will also be more easily visible as long as you’re in a relatively dark sky area.

Unlike a solar eclipse, to photograph the lunar eclipse you don’t need a lot of special equipment. Merely a tripod, telephoto lens of at least 300mm or equivalent on a crop sensor, and camera. During the eclipse the brightness of the moon will vary enormously, so you will need to adjust your settings accordingly.

Bear in mind that with a long lens and no tracking device long exposures will yield blurry images. If you want to learn more about shooting using telescopes and star-tracking devices, Astrobackyard has a great article about this in greater detail.

The total lunar eclipse will be visible in North America in the early morning, then in South America later on in the day. Here is the exact information for where to see it.

If you capture any great shots of it we would love to see them!

« Are your RED Komodo REDVOLT BP or other batteries not charging? Here’s how to fix it
DSLRs aren’t quite dead yet – Leaked photos show a new upcoming Pentax KF »