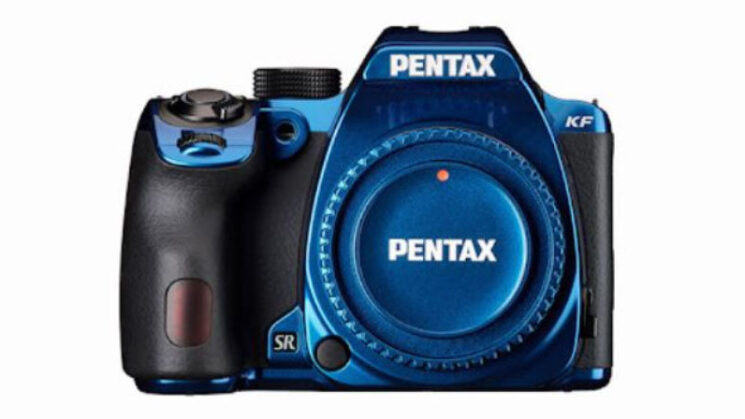 Pentax’s prediction of users flocking back to DSLRs within a couple of years of mirrorless hype hasn’t really happened. But true to their word, it looks like Pentax really is sticking with DSLRs. New photos, along with prices of an upcoming Pentax KF have leaked online. It appears to be very similar in design to the Pentax K-70 DSLR released in 2016 – a midrange APS-C DSLR with a 24.2MP sensor.

There are no specs available for the new camera yet, although photos show that it will be available in three colours. There’s the standard black, along with two limited edition versions in Crystal White and Crystal Blue – each limited to 700 units.

When you see the Pentax KF (left, above) vs the Pentax K-70 (right, above), the design similarities between the two bodies is obvious. This has led to speculation that the KF is going to essentially become the K-70 successor instead of a “K-70 Mark II”. So, I think we can possibly expect the KF to hold a similar mid-range DSLR position in the camera landscape. Exactly what the specs of the new camera will be and how it will actually differ from the K-70 are currently unknown. 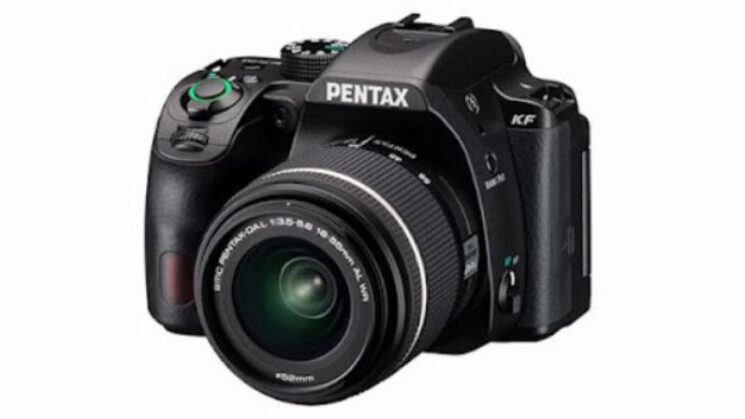 What we do know – at least according to the leak – is that it will be available in three colours. You’ve got the standard black but there will also be Crystal Blue and Crystal White versions. Only 700 of each of the Crystal colour versions will be released, though, so if you want to get your hands on one, you’ll probably have to be pretty quick once the announcement is official. It’ll come in two kits, either body only or in a kit containing the 18-55mm WR lens.

It’s expected to be officially released on November 25th and as for prices, the body will cost 119,800 yen in Japan while the kit containing the 18-55mm will cost 139,800 yen. Those prices equate to about $818 and $955 respectively. Whether those are the prices they’ll be when they hit the USA is unknown but I’d say it’s probably a safe bet to assume they’ll be somewhere around the $899 and $999 marks.

Not dead yet: DSLR sales increase by 132%, but there’s a catch