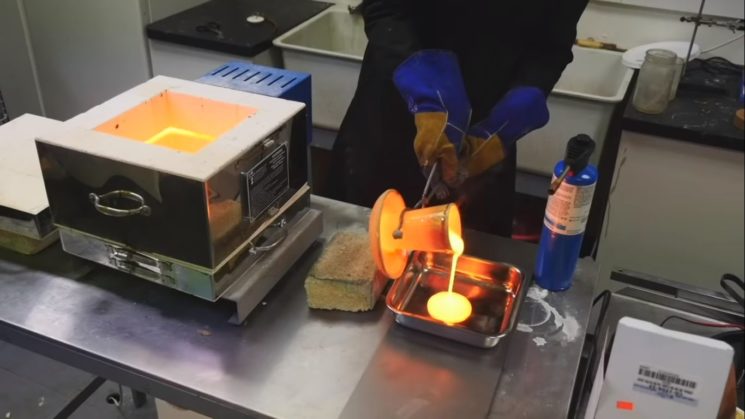 We’ve seen some interesting DIY lenses, like those made from crap, an iceberg, or 3D-printed components. But have you ever seen a lens made from scratch? And by that, I mean sand, rocks, and metal turned into a lens? Well, Andy George of How To Make Everything took DIY to a whole new level. He combined raw sand, rocks, and metal with his knowledge and experience and made a working camera lens entirely from scratch!

In one of his previous projects, Andy built a pinhole camera with an idea to build upon it and upgrade it as he produces more and more components from scratch. You can watch how he did it in the video below.

After making the camera, the logical step to follow is making the lens. Andy has some experience in making lenses for glasses, a simple microscope and a telescope. So, he used that knowledge to make a camera lens, and to make it work.

Andy says that one of the biggest challenges he faced with all the lenses he made was creating a clear optical glass. But now he figured out the “recipe” to produce it. Still, he needed to perform a slump test and measure the refractive index of the glass. He teamed up with Josh, a student of optical science and engineering, to help him out with that.

Andy started with making the glass, and it took over a dozen attempts before he got it right. Then he moved on to making copper elements of the lens. He even used this opportunity to add one more improvement to his DIY camera: the ground glass. Yeah, you guessed it: he also made that from scratch. Finally, he assembled the lens and tried out the camera. the lens can even zoom! You can watch the entire process in the video below, and see what it looks like shooting with it.

[Turning Sand and Rocks Into a CAMERA LENS via Interesting Engineering]

« Grandmother becomes Queen of the Ocean as her “ice throne” gets swept out to sea while shooting a photo
Yongnuo’s YN450 has a Micro Four Thirds sensor, Canon EF mount, Android OS and shoots 4K video »