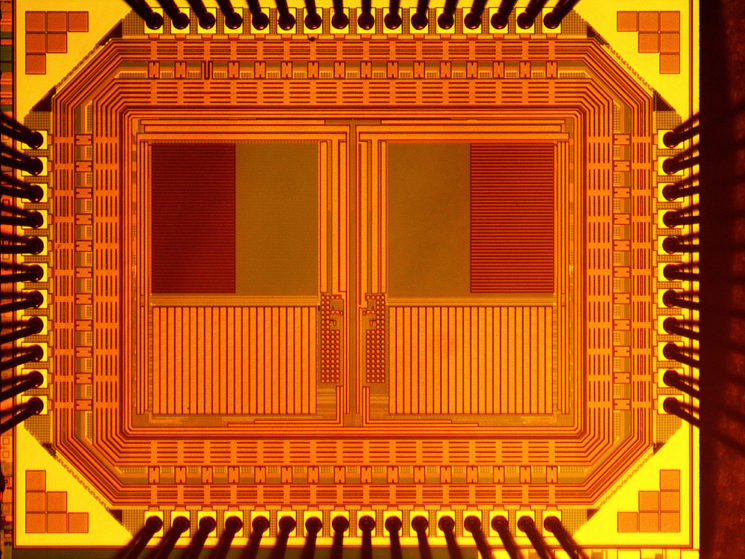 As technology advances, we get to see some interesting camera-related inventions. Engineers at the University of Michigan have recently presented a prototype of a wireless camera that can power itself indefinitely by light. It’s also less than a millimeter wide, so it can be hidden anywhere.

As explained on TechCrunch and IEEE Spectrum, photovoltaic cells can store the energy that falls on them and record how much energy fell on them. However, the problem is that the cell doing one thing can’t do the other at the same time. The researchers Euisik Yoon and Sung-Yun Park have overcome this problem with their self-powered camera prototype. They published their paper in journal IEEE Electron Device Letters.

The scientists placed the solar cell under the image sensor. Considering that the sensor’s photosensitive diodes let some of the light through, the solar cell picks up the remaining light and converts it to electricity. “It’s not really recycling; it’s more like collecting waste. It’s almost free energy,” Yoon tells IEEE Spectrum.

The prototype sensor is smaller than a square millimeter and fully self-powered by sunlight. On a bright sunny day, it can capture images at 15 frames per second. In normal daylight conditions, this is reduced to 7.5 frames per second. The researchers note that there’s still plenty of room for improvement. With additional optimization, the sensor could also work at higher frame rates or in lower light.

While there is room for developing this concept further, there are some other challenges to overcome. A storage and transmission medium for the tiny self-powered camera are yet to be invented. But as TechCrunch writes, microscopic versions of those are also under development. So it can be only a matter of time before we have the working self-powered wireless spy cameras.

Mount Your Camera Anywhere with This DIY Flexible Camera Mount