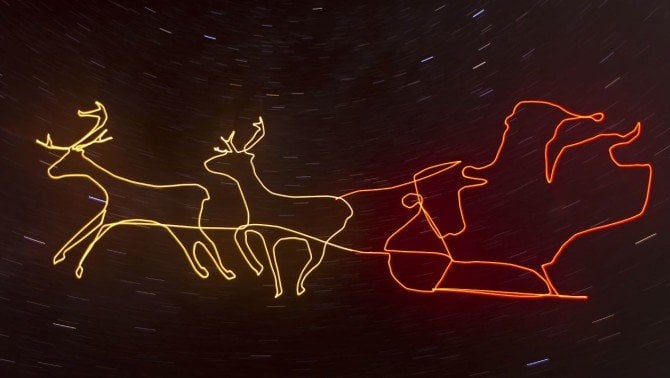 German drone makers, Ascending Technologies just redefined light painting. The company makes high end drones and drone software and to take their technology to the extremes, they made a series of Santa Light Painting which actually resulted in a short movie.

The company used an LED mounted Falcon 8 – their own octa-copter. Way points were set with AscTec Navigator – software capable on creating high-res way points that enabled the complex drawing.

Here is a sample of the complex set of way points that the drone had to go through. The simplest painting took 240 way points and the most complex one needed 364 points: 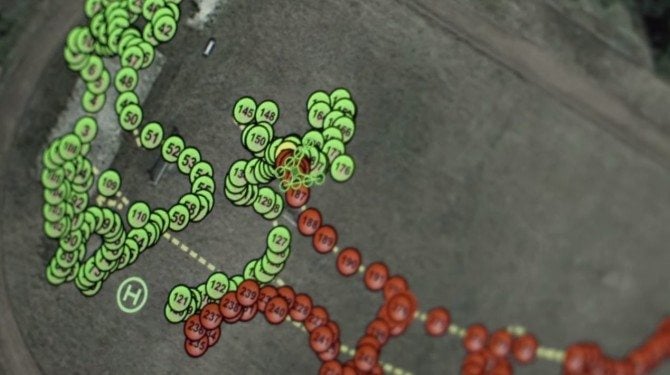 The drone then travels through the points to make a drawing. A Sony A7SII exposed for the painting with each exposure took up to 10 minutes to create (this is why there is both a ‘painting’ and a short star trail.

Lastly, a VFX software was used to animate the individual stills.

Here is how the team at Ascending Technologies describes the process:

The moves of the LED drone were shot while taking a long exposure photograph of every scene. Up to 10 minutes exposure time were needed. Additionally the flights have been filmed with an A7S Mark ii. In post processing the stills from the original drone flights were visualized via VFX and combined with further video footage.

The Drone Light Painting flights have been performed at airspeeds of 2 m/s with the patented V-Form Octocopter AscTec Falcon 8. Santa Claus throwing the presents into the chimneys and the snowflakes in the starting sequence of course are animated GIFs, yet based on flown paintings. Probably it was possible to do any drone light painting you like

You can read a full description of how the movie was made over at Ascending Technologies’s blog.

How Long Can You Expose A Night Sky Before Getting Star Trails?