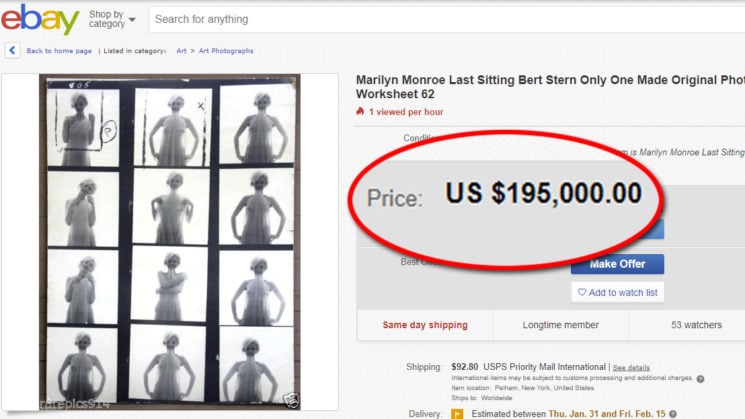 eBay is no longer the site it once was when it first started. Initially, you could find all kinds of great used treasures there. These days, it’s mostly a storefront for retailers selling new products. Occasionally, though, a rare treasure does still pop up. Sometimes, you can even get a steal of a bargain.

This one, though, while rare, isn’t so much of a bargain. Photographer Bert Stern shot with Marilyn Monroe for years and this eBay listing purports to be a contact sheet from their Last Sitting. The only original contact sheet from that session. And it can be yours for a mere $195,000. 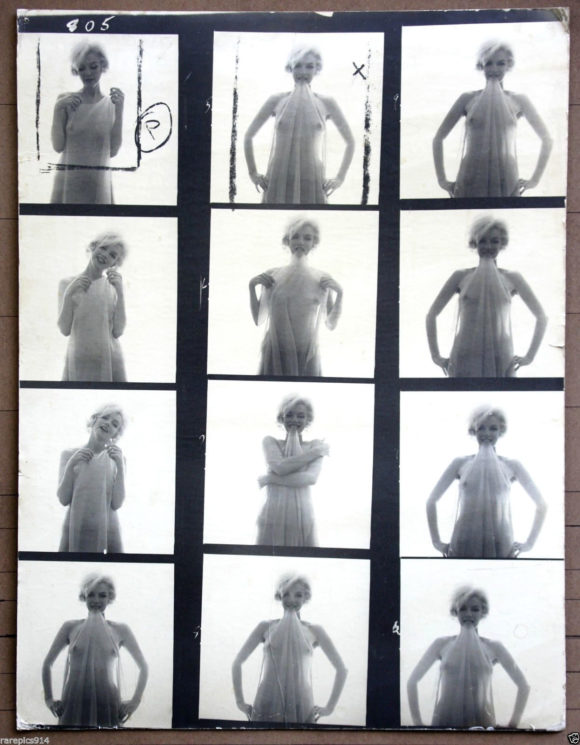 According to the description, the contact sheet measures a rather substantial 30″ x 39 1/4″ in size and is in “Excellent Condition” having been kept flat in smoke, dust & UV light-free storage for over 40 years.

This worksheet was originally created by Bert Stern to decide on which images of Monroe would be Published. You can see an intimate working on Berts creative process and rare images from the original negatives. A unique peek into the world of Mayrlin Monroe and Bert Stern. This is a one of a kind worksheet I obtained from an artist friend who had a studio on 17th street.

The listing goes on to say that this is not a reprint, inkjet or giclee print and that it is an original one-of-a-kind piece of work by the pair, used to decide which images would go on to be published.

If genuine, the images would have been created just six weeks before her death, during a three-day shoot for Vogue Magazine inside the Bel Air Hotel.

So, if you’ve got $195K burning a hole in your pocket, head over to eBay and check it out. If you don’t quite have that much laying around, don’t worry, the listing is open to offers.

« Watch a meteor crash into the Moon during the recent lunar eclipse
Nikon, ASML and Carl Zeiss settling all litigations, Nikon will be paid €150 million »