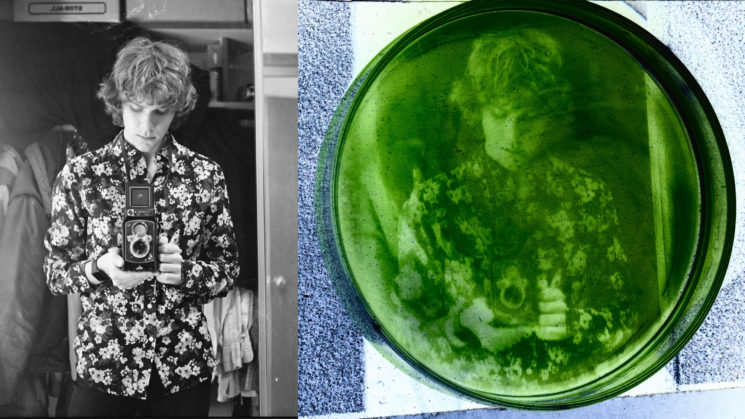 I’ve seen all kinds of fantastic creative projects, and here’s one that made my jaw drop. Photographer and neuroscience student Russell Marx prints photos in a way I’ve never seen before – on algae. I was eager to learn more about this process, and Russell kindly shared it with DIYP.

Russell got into film photography by accident, quite literally. Some instant film was getting thrown out at the neuroscience lab, and it seemed like a waste. It ended up with Russel, and as they say – the rest is history. After inheriting an enlarger from grandparents, Russell brought biology and art together. “I’ve always been fascinated by biology, and inspired by microbial art, I was looking for a way use as an excuse to make art.”

So, how were the algae print made? Russell first bought a few varieties of algae online (yeah, you can buy algae online). “The typical image of algae is pond scum floating in water. A clear image will only form if the algae stay in place, so my first plan was to embed the algae in an agar gel so it wouldn’t float away,” Russell tells DIYP.

“Luckily, one single cellular species (Chlorella vulgaris) was heavier than water and sank to the bottom of the dish, leaving a container of clear clean water with a dark green layer of algae on the bottom. This property allowed me to simply throughout mix the algae and water, let is settle, and put it under the enlarger without worrying about immobilizing it.” 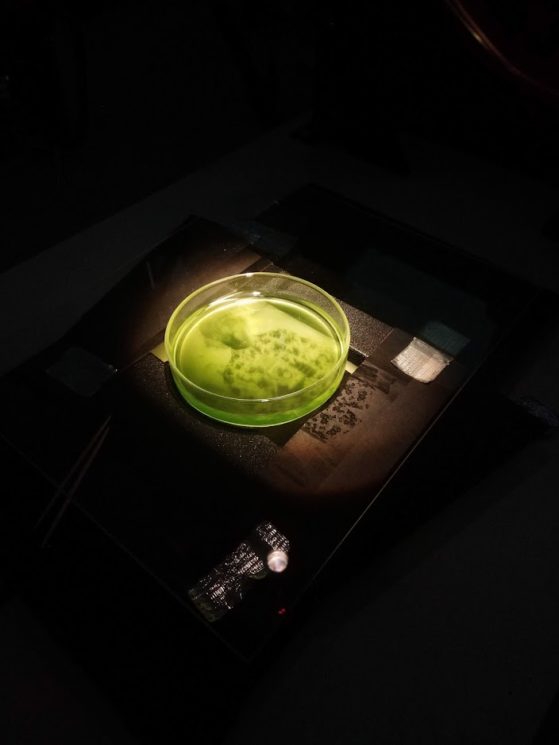 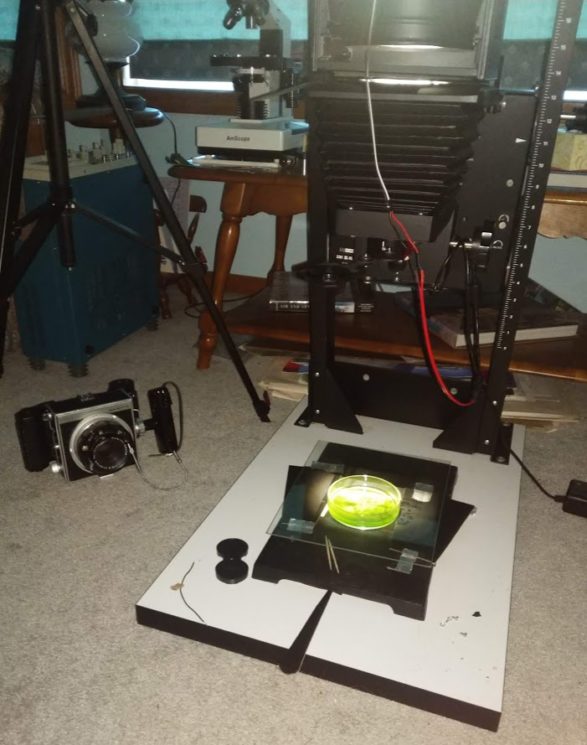 After this, Russell projected a film negative onto the petri dish. “Algae grow faster when exposed to more light, so algae under bright areas of the projected image will multiply quickly, thus becoming darker, which inverts the negative to create a green-tinted positive image.” And voila, you’ve got yourself an algae-print! 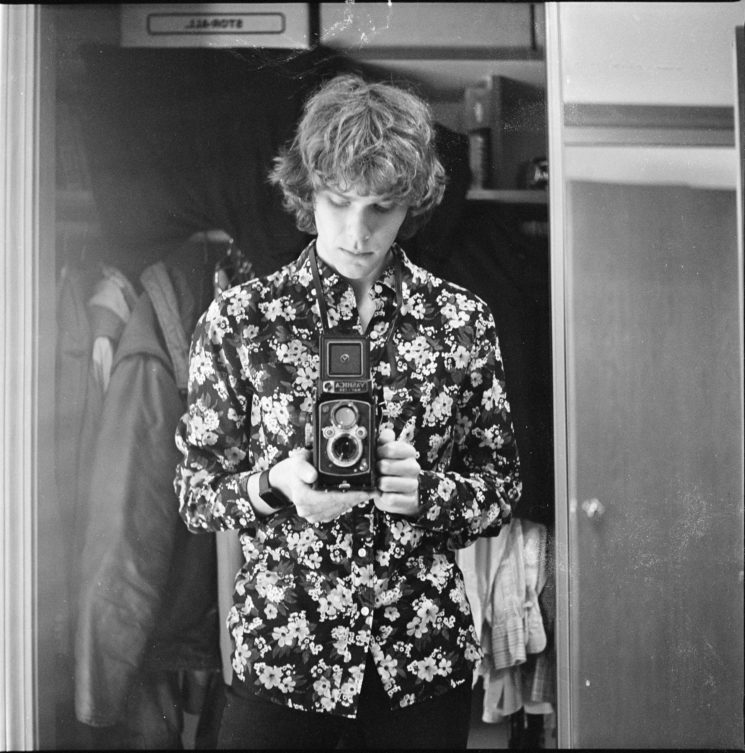 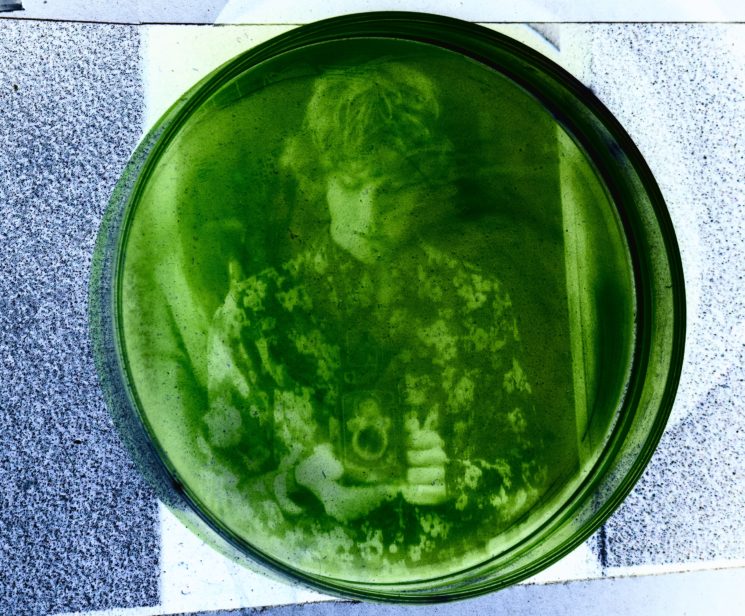 However, not everything ran so smoothly. Russell used plastic petri dished first attempt, but ran into a problem.

“Algae turn CO2 into oxygen via photosynthesis. It turned out that the plastic bottom of the petri dish has an affinity of oxygen, so tiny oxygen bubbles started sticking to the bottom of the dish as the algae breathed, leaving little holes in the image.”

The problem was solved by using a glass petri dish. Russell explains that it’s smooth enough so that bubbles never form, and the image comes out clean. What forms the print is a thin film of algae in the bottom of a petri dish filled with water. “It stays stuck to the bottom of the dish unless you tilt it too far,” Russell tells DIYP. “I learned this when I accidentally spilled my first print.”

An algae-print is pretty easy to destroy. All you need to do is tilt the petri dish too much or just stir the liquid. I must admit there’s something I actually like about it, and about how fragile it is. However, there is a way to preserve it and turn it into a more long-lasting piece of art. “If you’re careful, you can pipette out the water and pour in resin to preserve it,” Russell explains.

The project is still in its earlier stages, Russell tells us. So, there’s only one finished print so far. However, there are more to come and I can’t wait to see what’s next. Make sure to take a look at Russel’s website, and follow the project here.

This photographer plays with dirt to create stunning photographic prints

« Should you re-retouch your old photos?
How I made a tiny smoke machine from an electric cigarette »