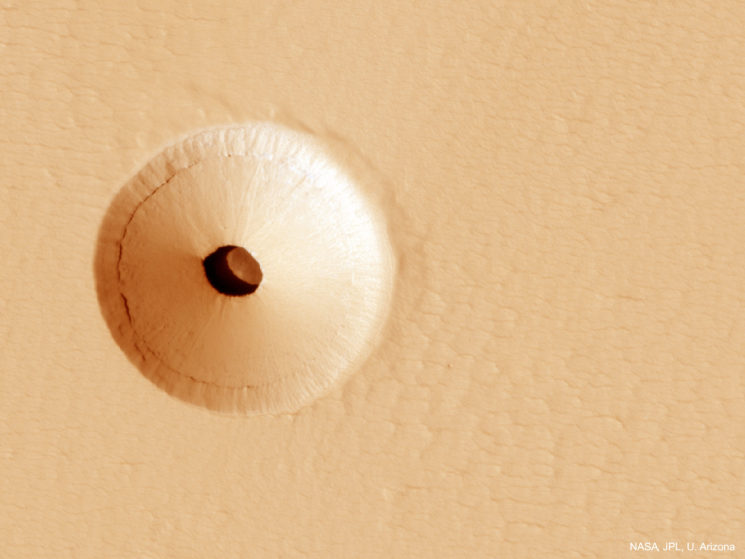 What do you think, will humans get to conquer Mars? For now it still falls within the scope of fiction, but the actual plans to get there have been real for decades. Well, if it ever happens – there’s a hole on Mars where humans could find shelter. And NASA has recently published an epic photo of it.

The hole was discovered accidentally (like many great things in science). The researchers spotted it in 2011 on images of the dusty slopes of Mars’ Pavonis Mons volcano. “The photo was taken by the HiRISE instrument aboard the robotic Mars Reconnaissance Orbiter currently circling Mars,” NASA explains on its website Astronomy Picture of the Day (APOD). 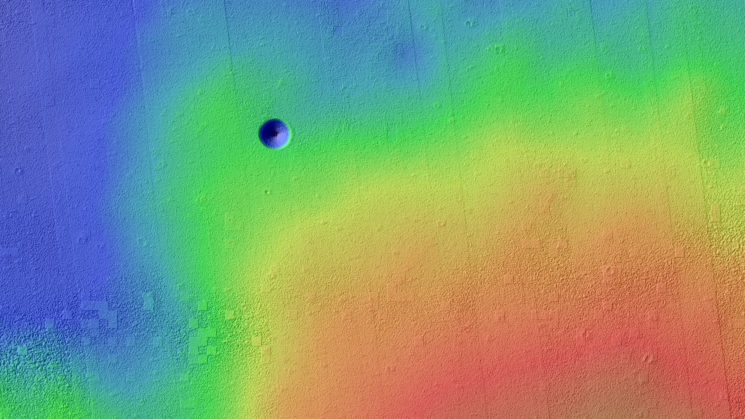 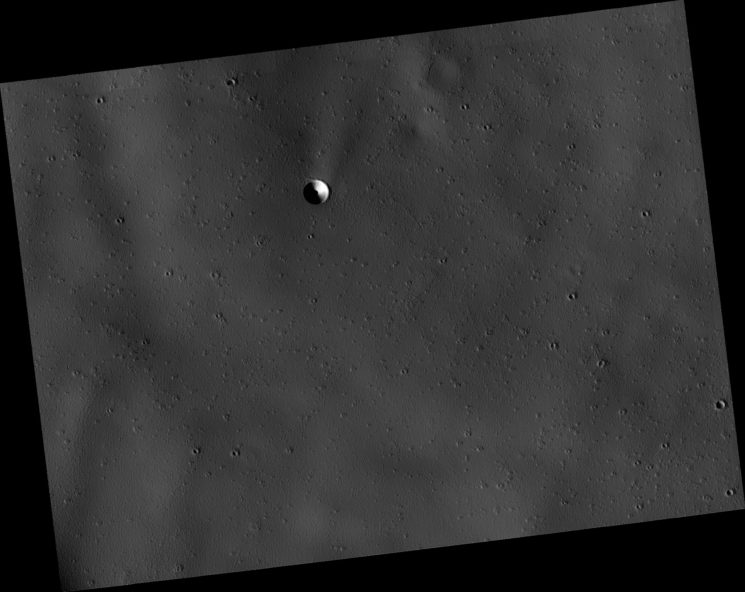 Tim Titus of the U.S. Geological Survey in Flagstaff explains that holes like this are entries to the subsurface of Mars, “whether these are just deep vertical shafts or openings into spacious caverns.” He adds that “caves might provide a protected niche for past or current life, or shelter for humans in the future.” The conditions on Mars are pretty harsh, and potential explorers and inhabitants could find shelter in holes such as this one. Whether humans send spacecraft, robots, or even go to Mars themselves someday, these holes and their interior caves could protect them.

I wonder if I’ll live to see the first human sent to Mars? I highly doubt it. Still, I always find discoveries like this exciting, and not to mention that the photos are pretty epic, too.

[via the Independent, APOD; image credits: NASA, JPL, U. Arizona]