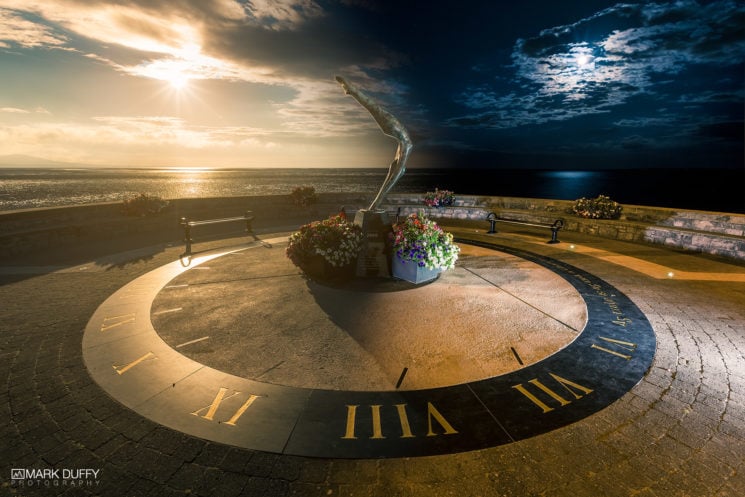 The beauty is in simplicity, but even simplicity takes a whole lot of effort and planning. Mark Duffy’s fantastic day-to-night image of a sundial is the perfect example of this. While it was composed from two photos only, it took Mark over 18 months to get it exactly as he imagined. So how did he do it? He shared a bit of the information about the photo with DIYP and revealed why it took so long to make it.

The sundial you see in the photo is located in Blackrock Co. Louth, Ireland, and it’s known as The Millenium Monument. Mark’s idea was to showcase what the sundial sees, both sunrise and moonrise. Can you already guess why it took a year and a half to get the shot?

“This took me three attempts over 18 months to achieve as the sun and full moon only line up like this twice a year,” Mark tells us. So even though the final image consists of two photos only, they both had to be taken at the perfect time.

“I shot the full moon first at midnight,” Mark tells DIYP. He used a Canon 6D with the 16-35mm f/2.8 lens on a tripod. He made sure to precisely mark the ground where the tripod stood and went home to bed after shooting the moonrise. He went back after seven hours to shoot the sunrise and placed the tripod perfectly in the same position as earlier. 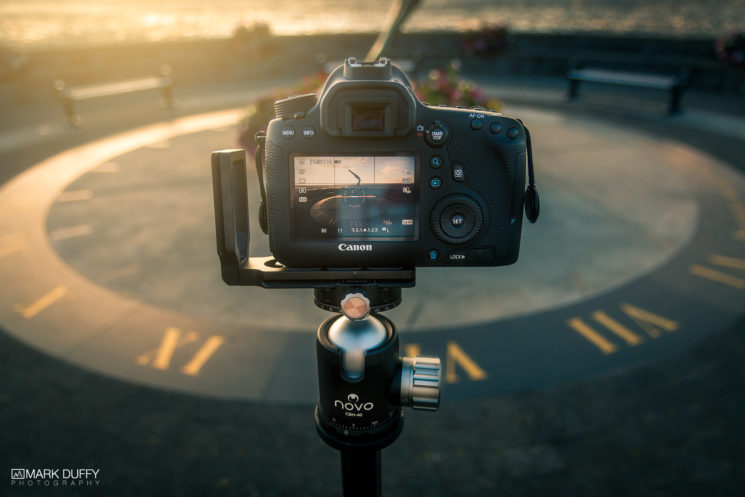 After he finished shooting, Mark merged the two photos in Photoshop for this day-to-night photo. I love how simple it sounds, yet how great the result it is. And I’m also impressed with how much effort and planning stand behind something that seems so quick and simple. That’s something to remember in photography, but also in many other aspects of life: just because it looks easy when someone does it, that doesn’t mean they didn’t invest a lot into it before it was done. Right?

How I shot the St. Louis Gateway Arch with a drone after months of planning and paperwork