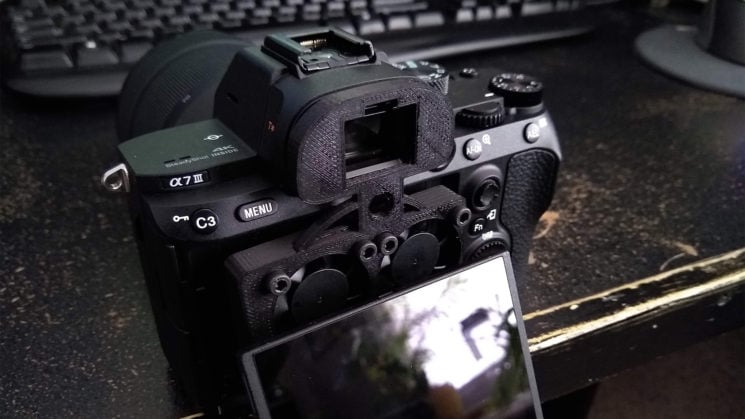 We thought with the Sony A6500 that the overheating issue days with Sony would be over, but apparently not. Eterprising user, Brian Windle, over on Thingiverse, however, has developed a solution. It’s a 3D printed bracket that houses a couple of USB-powered fans to blow cool air onto the back of the camera underneath the LCD. 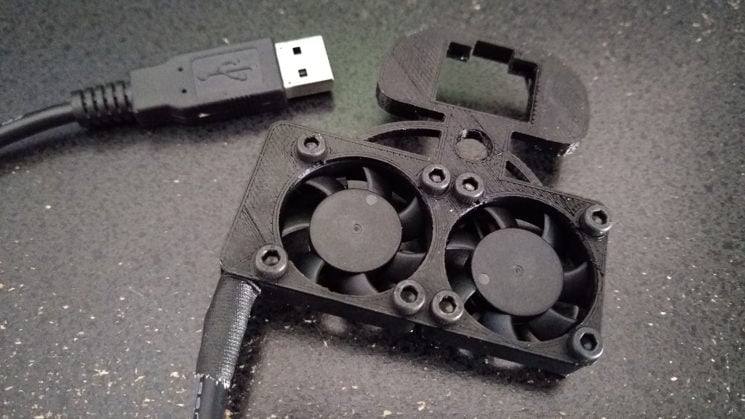 There are some caveats, though. You will, obviously, need some kind of USB power source, too. But a little power bank isn’t that expensive and shouldn’t add too much weight to the setup. He also says that while the fans don’t vibrate the camera and aren’t very loud, they are picked up by the internal microphone. So, you’ll want to use an external microphone or record audio separately and sync in post.

It’s a neat concept. How well it works, though, I’ve no idea, because I haven’t printed it (I don’t need to, I don’t have an A7III), although the description on Thingiverse seems to suggest that it does. There’s no word on what material he printed the bracket with, but given that it’s designed to deal with overheating issues, I’d probably avoid PLA and print it in something like PETG or ABS instead.

The OpenReflex Is A 100% 3D Printable Open Source SLR Camera