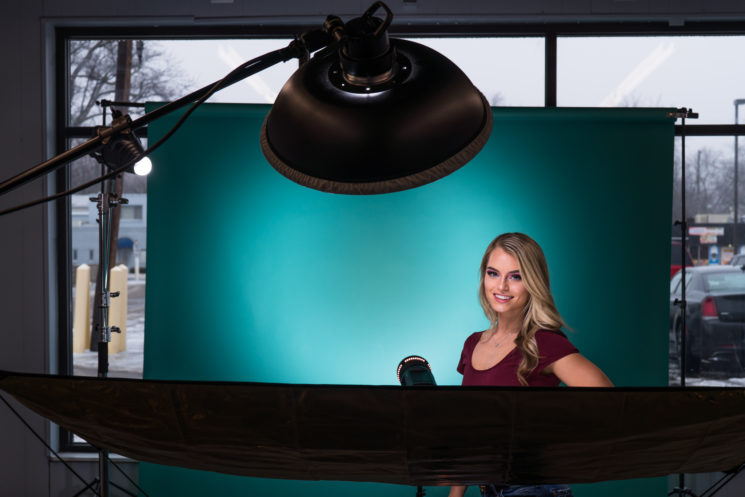 The three light setup has been a staple of portrait photographers for decades. There isn’t just one three light setup, though, there are several, with some slight variations, which can change the mood dramatically. In this photo, photographer Rob Hall used his three lights with various modifiers to create this portrait, and he’s shared with DIYP how he set them up in order to get it. 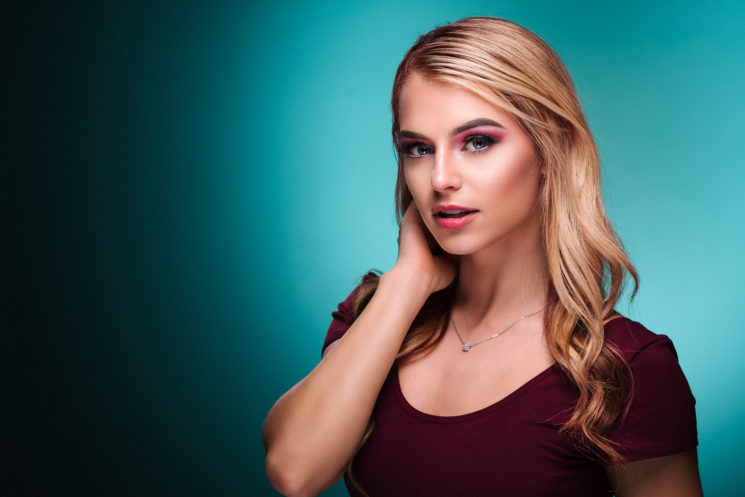 The purpose of each of the three lights is quite simple. One is acting as the key light, another as the background light, and a third as a subtle rim light. Each is using different modifiers to achieve their desired result.

The image itself was shot with the Sony A7RIII and the gorgeous Sigma 105mm f/1.4 Art series lens. Rob shared a labelled version of the behind the scenes shot at the top of this post to make it a little easier to see. 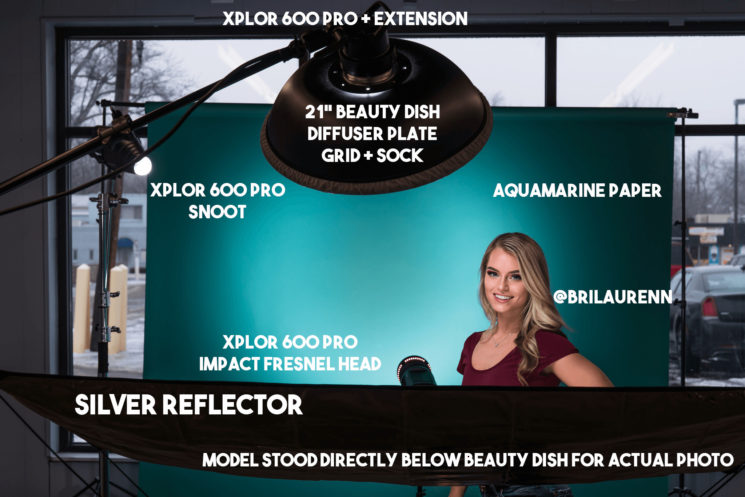 It’s interesting that Rob chose to use the diffuser plate with the beauty dish, rather than the typical opaque metal plate often found in beauty dishes. Interesting because it’s been suggested to me that in “the original patent for the beauty dish” that it shows a translucent diffusion plate, rather than the opaque metal one we usually see and use today. I cannot confirm if this is true, as I’m unable to find the specific patent, as there seems to be some question about who exactly invented it. But would be curious to see it. If anybody has a link to it, let us know in the comments.

Anyway, Rob says he preferred the look of the beauty dish with the diffused plate because of the additional punch in the highlights, especially for beauty portraits like this. Although he did say it produced a little bit of a strong hotspot, which is why he gridded the dish and added a sock.

While the setup might look a little intimidating at first for newer flash users, Rob’s setup is quite simple, yet achieves very effective results and it’s one that you can use as a starting point to play and experiment. And you don’t need three expensive AD600 Pro strobes, either.

You can create a similar look with three cheap speedlights and a 24″ softbox. The snoot for the rim light can be made using some black card and a bit of tape, and speedlights already have a built-in Fresnel head for your background light (although it might not look as clean and smooth as Rob’s does, here). It won’t be exactly the same look, but it can be quite similar with a little work. And it’s the kind of look you can set up just about anywhere.

5 classic portrait lighting mistakes and how to avoid them