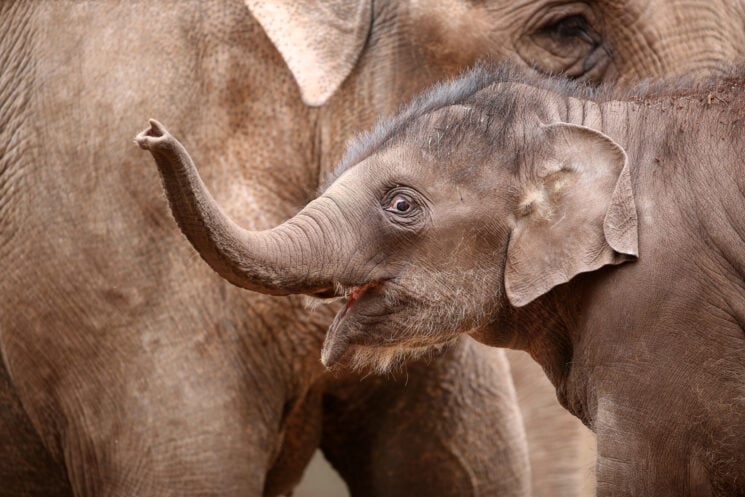 One commercial photographer I know who shot a lot of pet food advertisements used to joke that the animals in his studio were so well trained he could almost get the cats to go make him a coffee. Not so with wild animals, unfortunately, where the saying ‘never work with animals’ becomes pretty accurate. This photographer found out the hard way when this elephant took a distinct disliking to his camera gear.

In the video posted by TikToker hannahrosealt we see a man with his camera bag of equipment, shouting in despair at an elephant who appears to be having a good old time crunching up his tripod.

Rather hilariously the man seems to think he can move the elephant by pushing him away, but to no avail. The audio is perhaps the worst part as we hear the bone-crunching sounds of the tripod’s final breaths, a death scene to rival any Oscar winner.

Fortunately, Hannah says in her comments that they “had been filming…and were able to rescue the camera in time”. Miraculously the tripod survived to live another day, and the team were able to continue filming their Thailand shots.

Now at this point, I really ought to mention the elephant in the room and identify the brand of tripod, since it managed to survive such a jumbo assault, but I feel that would be irrelephant.

However, John Aldred, our resident sleuth thinks he’s figured it out. “The legs look the same style as the Sachtler flowtech… But could also be a Vinten or O’Connor (all owned by Vitec, all using the same tech, but the splodge of white on the head looks more like the Sachtler logo),” he ponders. “The crunch also sounds more like carbon fibre than metal legs, too. But either way, it’s at least a $5-10K tripod.” Ouch indeed, no wonder the man in the video was so upset!

It’s impressive that it could survive an elephant’s weight, but these things are built like tanks. When DIYP tested it out, it survived a lengthy dip in the Dead Sea and even a truck running over it!

Your drone now needs to have a clearly visible license plate

« The Orca OR-516 is a deep, easy to use roller bag for video shooters
Amazon ripping off Peak Design camera bags says John Oliver in humorous yet serious attack on big tech »