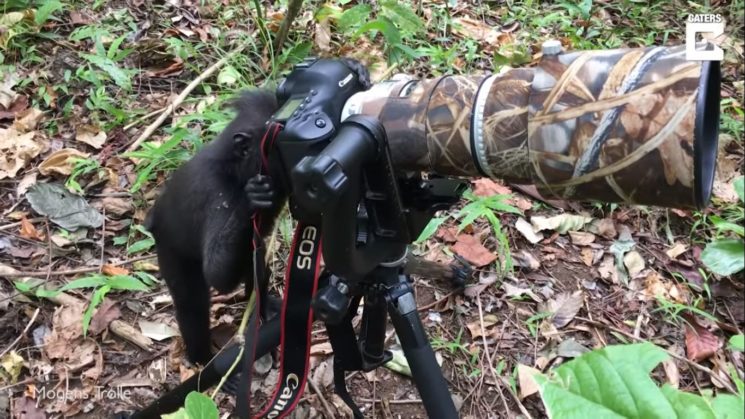 “Anyone could be a photographer; even a monkey could do it,” you’ll hear some people say. And while it will make you furious, it turns out that some monkeys actually want to become photographers. When Danish biologist Mogens Trolle was taking photos of monkeys in Indonesia, one of them approached his camera and it seems as if it wanted to take his job.

Trolle was at the Tangkoko Nature Reserve, in Sulawesi, Indonesia. He was taking photos when this curious little monkey approached his DSLR and started thoroughly examining it. Fortunately, Trolle captured him in a video, which was shared on YouTube by Caters Clips.

The adorable monkey could totally fool you into thinking that he was a photographer (just like some people, when I think about it). The animal is looking through the viewfinder, turning the camera around, fiddling with buttons… “Just like I would myself when photographing,” as Trolle puts it.

From what I see in the video, the monkey didn’t actually press the shutter while playing with the camera. That’s good for Trolle, because PETA could otherwise sue him and claim that the monkey owns the copyright. Fortunately, Trolle didn’t end up with a lawsuit from PETA, but only with the super-adorable video of the monkey who pretends to be a wildlife photographer.