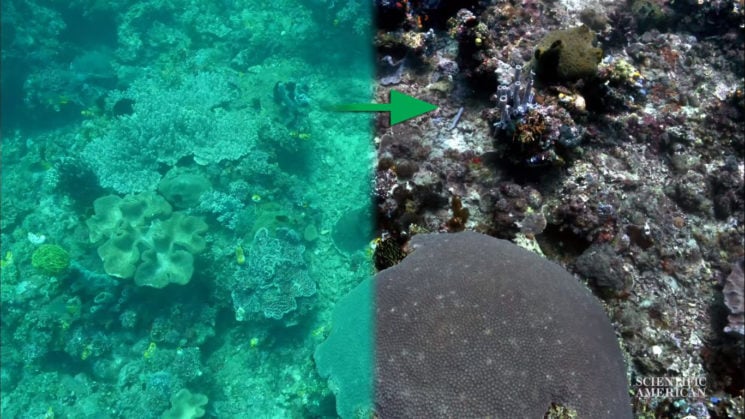 Oceanographer and engineer Derya Akkaynak from MIT has developed an algorithm that “removes water” from underwater images. As a result, it makes the underwater world look exactly as it would if we were to see it on dry land. And it’s not only useful for scientists. For us “common folks,” it’s amazing to see the underwater world in a completely new context.

Derya developed the algorithm named Sea-thru in collaboration with Tali Treibitz from the University of Haifa. In the video above, you can hear her explaining how the algorithm works and how it was trained. Basically, she would place a color chart at the base of a coral reef and swim away about 15m (~50 feet). She would then start swimming towards the reef and take photos from different distances and different angles. In a post on Reddit, Derya clarified that the method does not require the use of a color chart. “All you need is multiple images of the scene under natural light, no color chart necessary,” she explains. In case you need a more detailed and scientific explanation, you can find it in the paper here.

The thing with underwater images is that there’s a layer of backscatter (haze). The further you are from the object in the scene, the more “haze” you’ll have. In addition, the light gets absorbed and scattered as it travels through the water. That’s why underwater images can look dull and distorted, and without accurate representation of colors. Sea-thru solves these problems, making us see the underwater world just like we would on the surface. Here are a few screenshots to give you an idea: 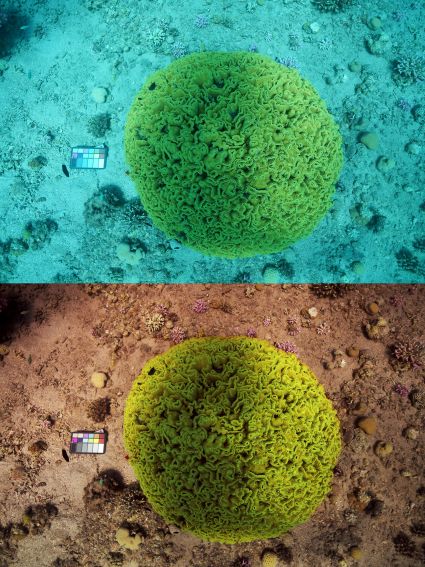 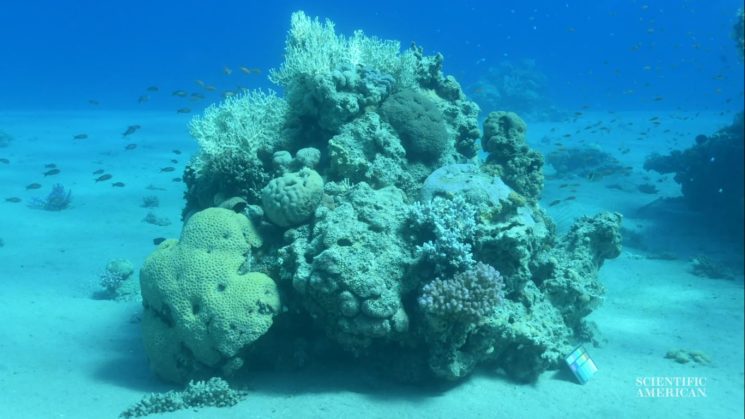 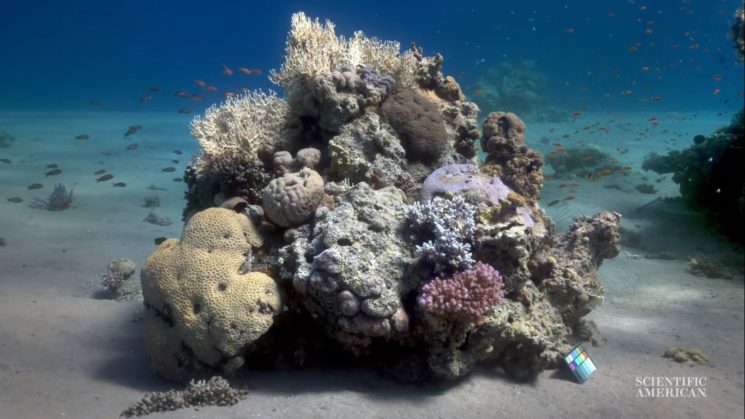 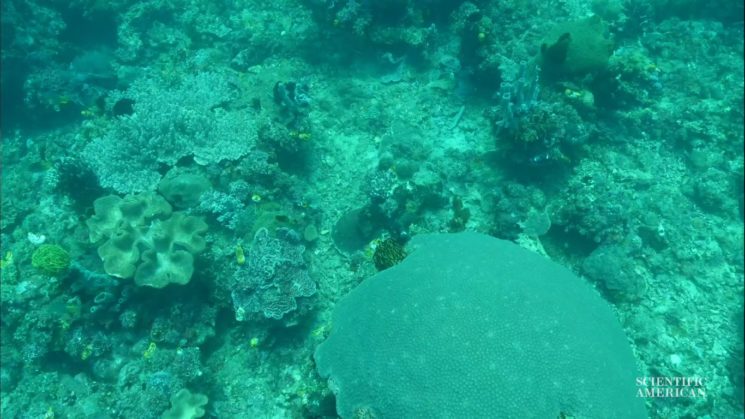 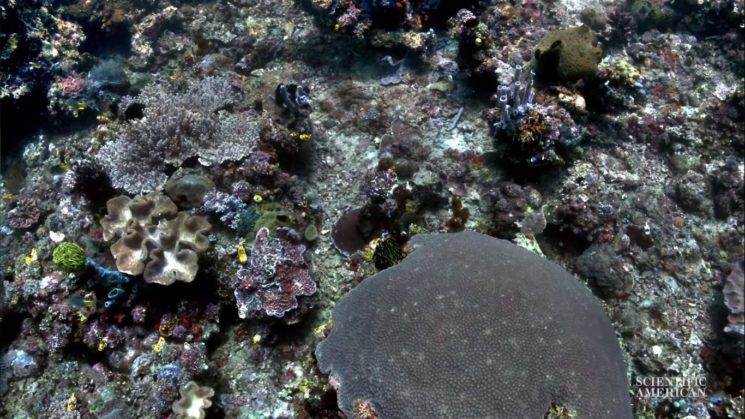 It’s worth noting that the algorithm can’t simply be replaced by Photoshop. While it does correct the color cast, it’s more than just enhancing the image. “It’s a physically accurate correction, rather than a visually pleasing modification,” Derya explains.

This technique could help marine biologists study the underwater world. It would also be valuable to scientists who are trying to understand how climate change affects coral reefs and other marine systems. And it terms of photography, it’s simply interesting. It’s definitely a unique and unusual experience to see the underwater world as we would see it on the surface.

« Plugable enters the SSD market with 1TB and 2TB 2,400MB/sec Thunderbolt 3 NVMe drives
This photography website steals content and outranks everyone else »