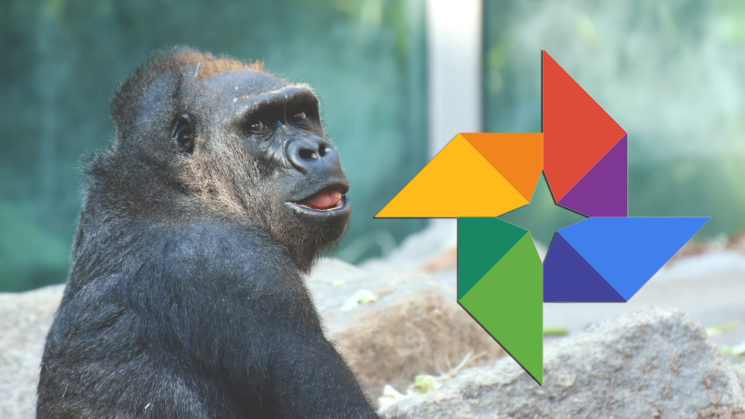 Although artificial intelligence can be impressive, sometimes we get to witness that it’s not always the case. You may remember that time when the Google Photos app tagged a couple of African Americans as “gorillas.” After an apology and a promise it would fix it, Google indeed “fixed it.” It simply removed the label “gorilla” from its lexicon, along with some other words.

After Jacky Alciné‏ tweeted Google Photos’ mistake, the company offered an apology and found a temporary solution. It said at the time that the word “gorilla” would no longer be applied to groups of photos, but added that Google was “working on longer-term fixes.”

Almost three years later, the temporary fix seems to have become a permanent one. According to the tests Wired performed, Google’s AI was impressive at finding all kinds of animal species. However, there were some terms that returned no results. According to Wired, “gorilla,” “chimp,” “chimpanzee,” and “monkey” have been removed from the app’s lexicon. However, searching for some other primates (baboon, gibbon, marmoset, and orangutan) returned results.

Another test showed that Google Photos has restricted race-related categories as well. Searching for “African American” only resulted in a photo of a grazing antelope. Searching for “black man,” “black woman” or “black person” returned photos of people in black-and-white. The search results were filtered by gender, not by skin color.

As a Google spokesperson confirmed to Wired, the term “gorilla” was censored way back in 2015, when the tagging incident happened. But more recently, the terms “chimp,” “chimpanzee,” and “monkey” have also been blocked. The spokesperson said that “image labeling technology is still early and unfortunately it’s nowhere near perfect.”

It’s surprising that Google couldn’t find the way to actually fix the problem instead of just getting rid of the labels. It reminds me a bit of those “There, I Fixed It” solutions. Joke aside, no matter how fast artificial intelligence advances, it’s still artificial and has its imperfections. It’s unable to use common sense and see all the nuances a human mind can perceive. So I guess, until AI becomes super-refined, it’s better to be safe than sorry.

Google Photos wants you to train its algorithm for free