If you have a bunch of old analog cameras that you want to use, you may be interested in this Raspberry PI project from befinitiv. According to befinitiv, the module is capable of mimicking a modern digital camera, so you’ll have “everything that you expect from a digital camera nowadays [it] can do video, it can do a stream-video over wi-fi and store things on an SD card.” Obviously, I got drawn in, and I was quite impressed.

Befinitive repurposed an old Cosina camera with a classic 50mm lens. The first step was to mimic the form factor of a film canister, including a short film strip that would cover the sensor. This case is the housing for a Raspberry PI 0W and a RasPI camera module.  With the two combined, the PI can transmit captures images right into the computer. 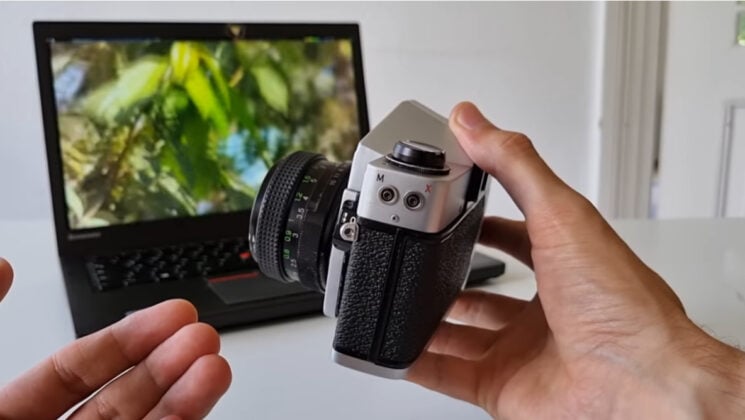 The actual build is quite simple and would be a great weekend project. It comprises an RPI 0W, a camera module, a small LiIon battery, and a step-up converter. A total of four main parts. The camera module is mounted on the “film strip” part, and the battery goes into the canister. 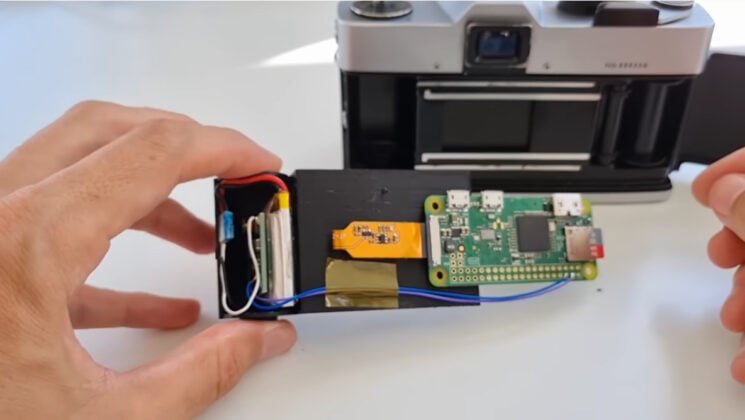 Then the RPI camera is stripped of its lens, and it will use the original camera lens. This is a nice feature because it will allow you to swap lenses to get different zoom levels. The best feature here is that this digital back loads into the camera like an old film canister. 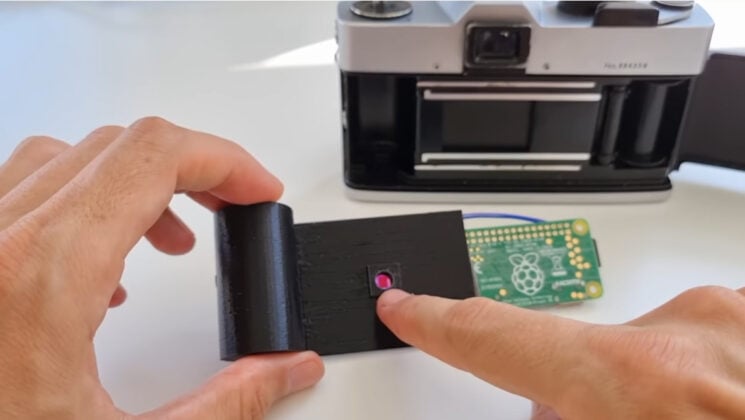 On the other hand, the Raspberry Pi camera’s sensor is only about 3.68mm wide. Compared to a full-frame sensor, you’d be getting about x10 crop factor. Using the 50mm lens above, you’d be getting the focal equivalent of a 500mm lens. This is quite evident by the camera shake that you see in the video. You would need either a very short lens, a sturdy tripod, or a super bright day to get sharp images. 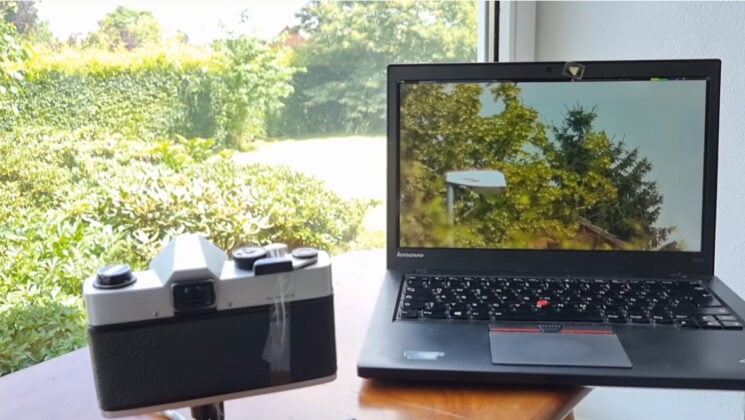 In the video, Befinitive plays with the focus ring of the lens. Surprisingly, it is giving off quite a pleasant bokeh.

Of course, the camera mechanics are not there, so you would have to keep the shutter open at all times to actually get an image feed.

This kind of reminds me of I am Back, a project designed to bring cameras back to life using a grip style attachment. The sensor there is bigger, but the cost was around 350 dollars. Far greater than the 40-50 dollars that this design will cost you.