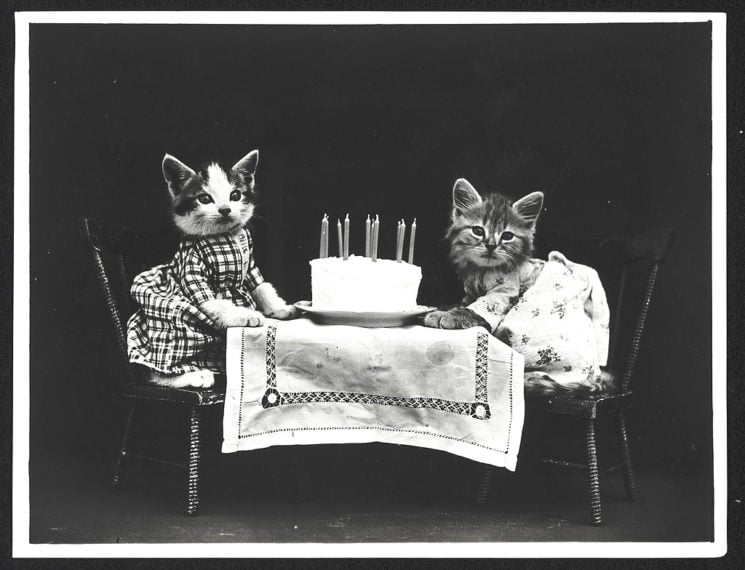 I can hardly imagine anyone who doesn’t like funny photos of cats. We often give them human traits and make them seem like they’re doing human things. But photographer Harry Whittier Frees did it “before it was cool.” He dressed cats and posed them with props so it looked as if they were doing human things, and he photographed them like this over 100 years ago!

Harry Whittier Frees was born in 1879 in Reading, Pennsylvania. According to LIFE magazine, he took his first “vintage lolcat” photo by accident. In 1906, his family allegedly brought a paper hat to the dinner table. They were passing it from head to head, and finally placed it on the head of Frees’ cat. This is when he decided to take the first photo of a cat with a hat. As the same source writes, it was so admired, that he decided to take more of them. 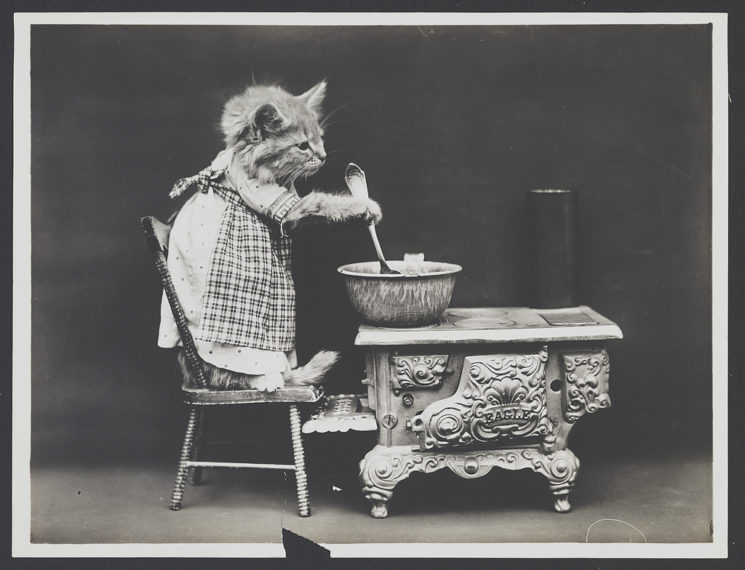 The photos were taken at 1/5th of a second, and reportedly, two-thirds of the negatives had to be discarded. You can only imagine how many blurry photos you’d get photographing cats at 1/5 s. As One More River writes, Frees borrowed his “models” from neighbors, breeders, and pet shops. His work was described as being so stressful that he would only take photos for three months a year.  I’d say it was probably not too enjoyable for the animals, either. According to the same source, when he was not photographing, Frees would spend time preparing new props, scenes, and situations.

Frees’ animal pictures didn’t only include cats, although they were his most common models. He also photographed dogs and bunnies, and according to Wikipedia, the challenges were different for each of the animals:

Rabbits are the easiest to photograph in costume, but incapable of taking many ‘human’ parts. Puppies are tractable when rightly understood, but the kitten is the most versatile animal actor, and possesses the greatest variety of appeal. 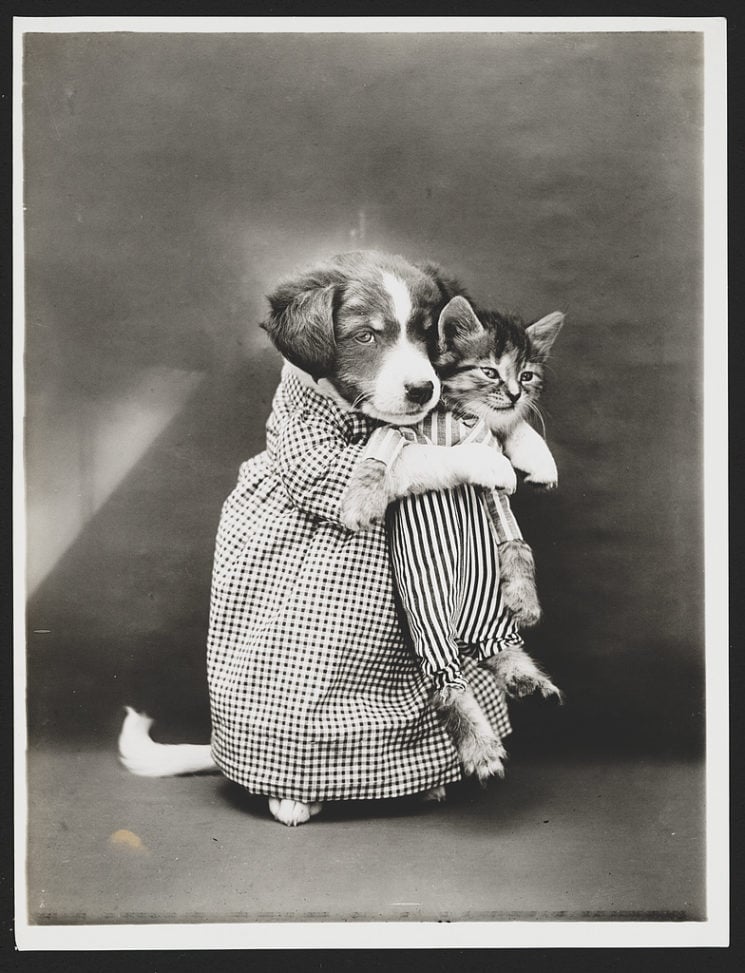 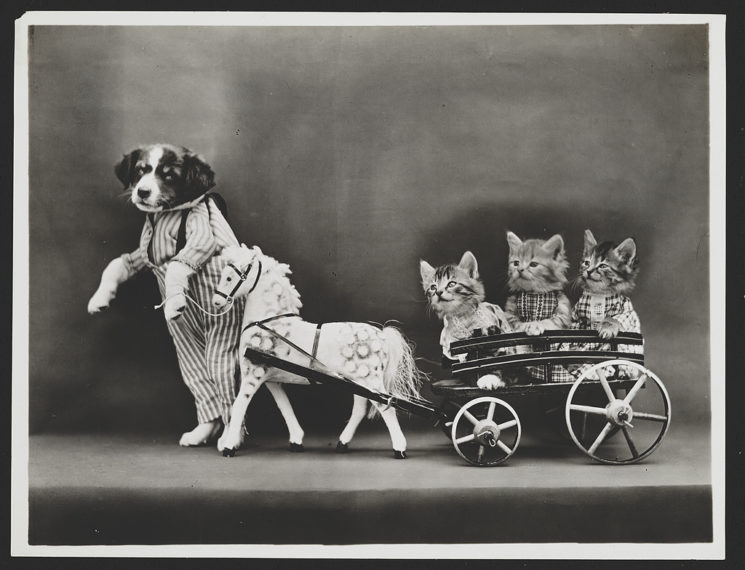 These photos of posed animals were placed on postcards, in magazines, and in children’s books. So just like funny cat photos today – they were shared with a wide audience to make people smile. I guess some things never change. 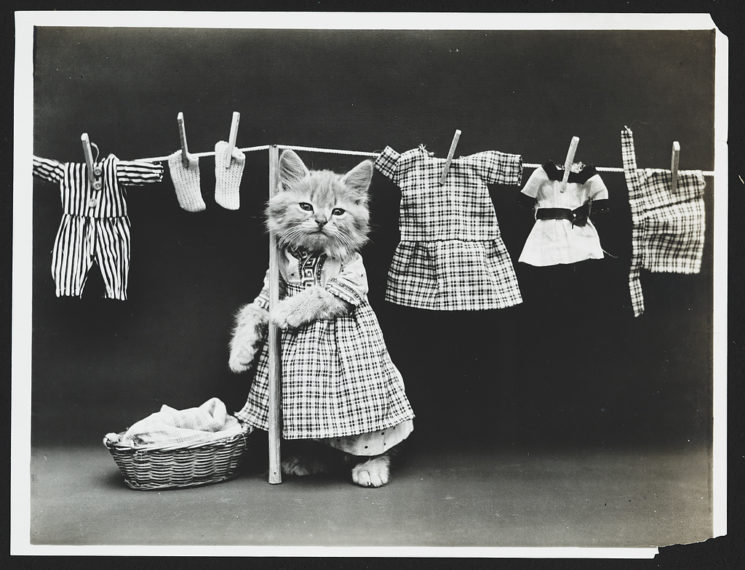 Hanging up the wash 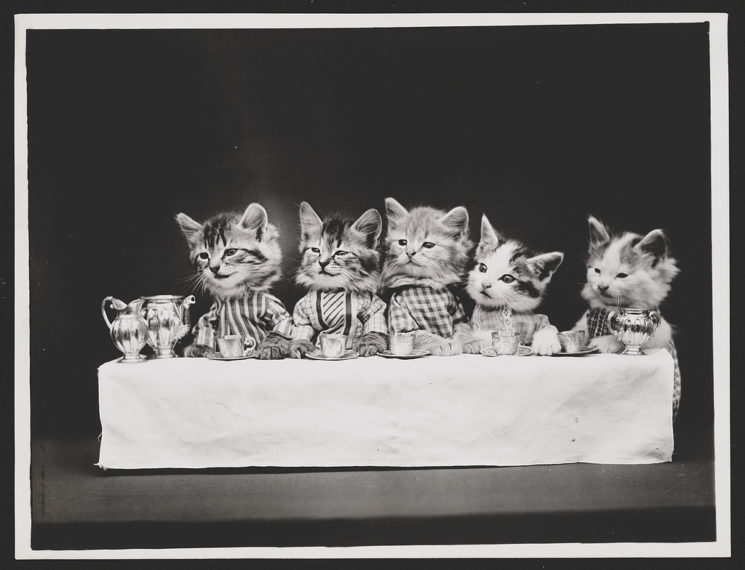 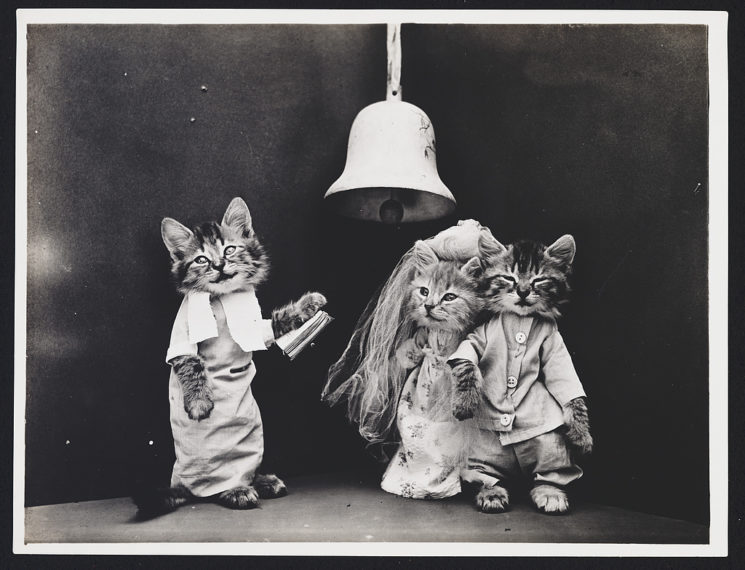 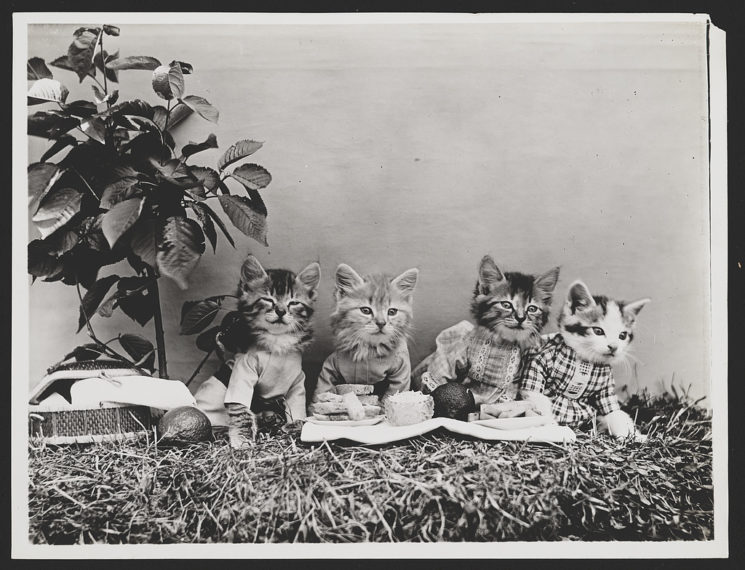 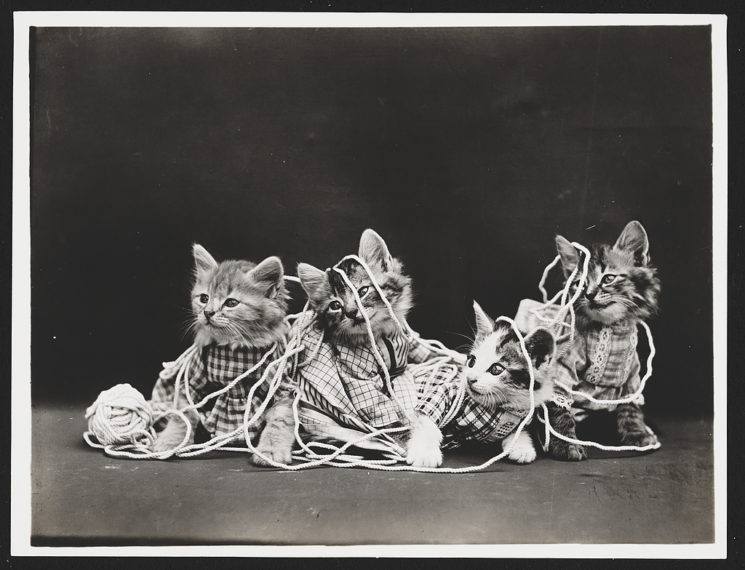 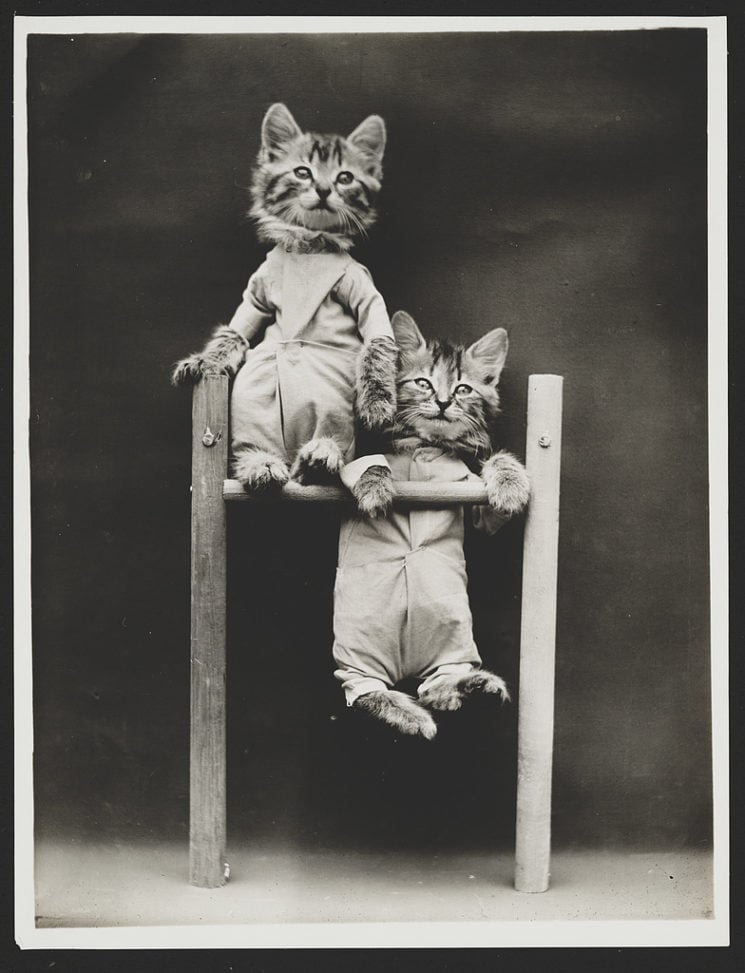 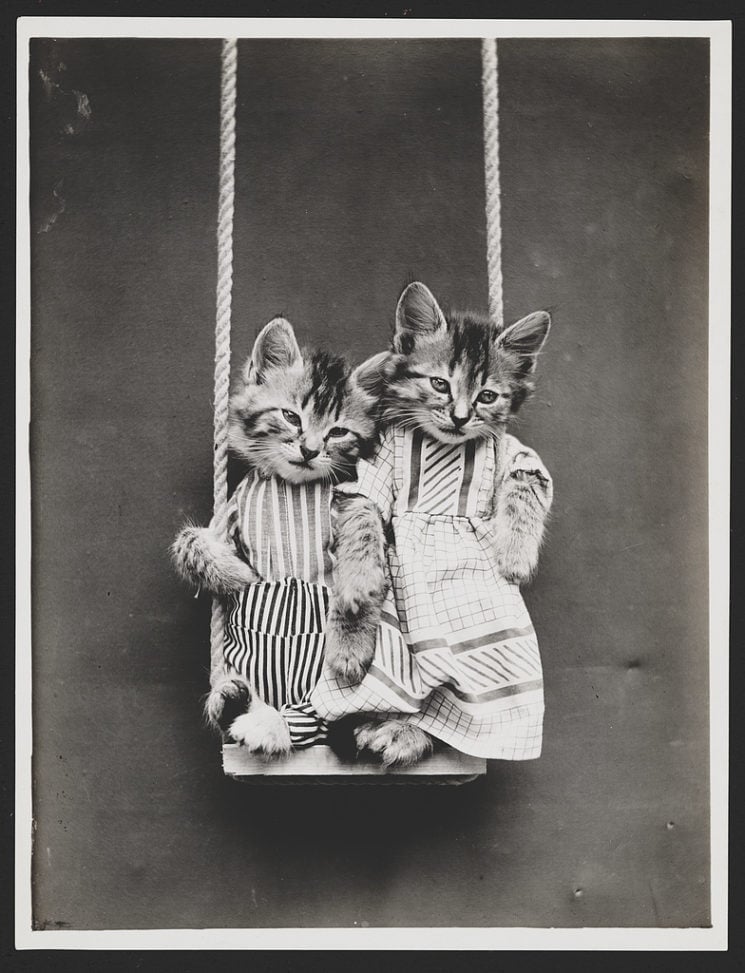 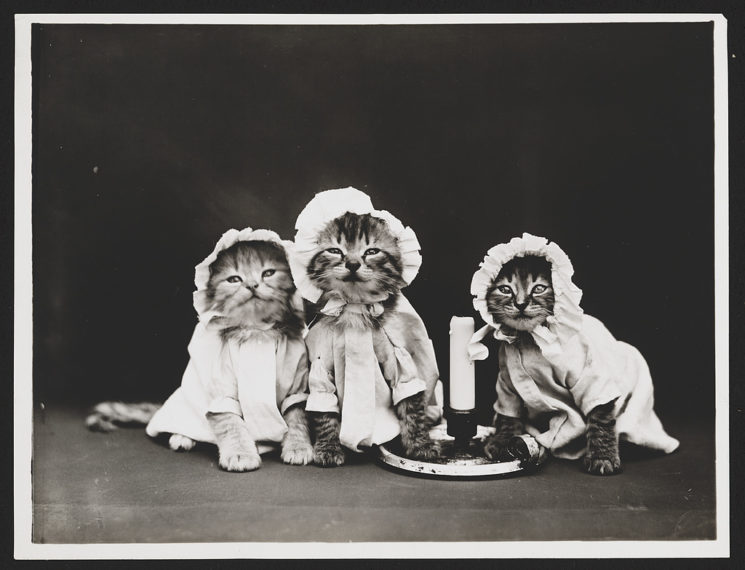 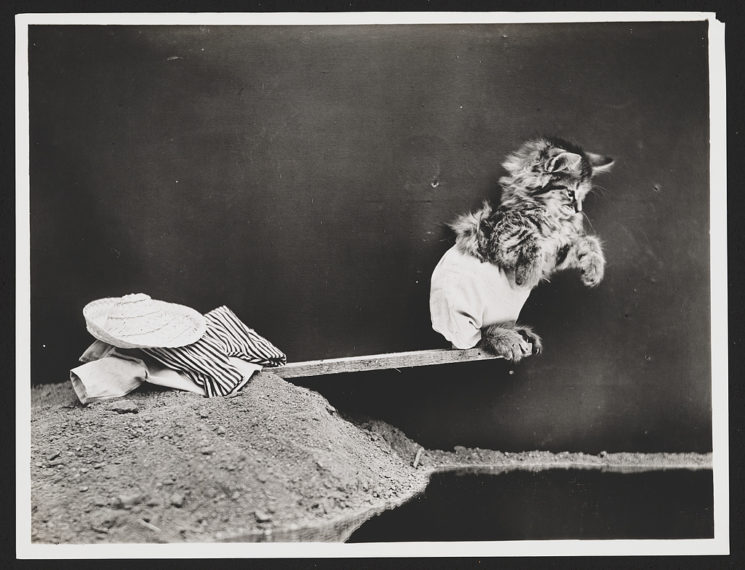 Ready for a dive 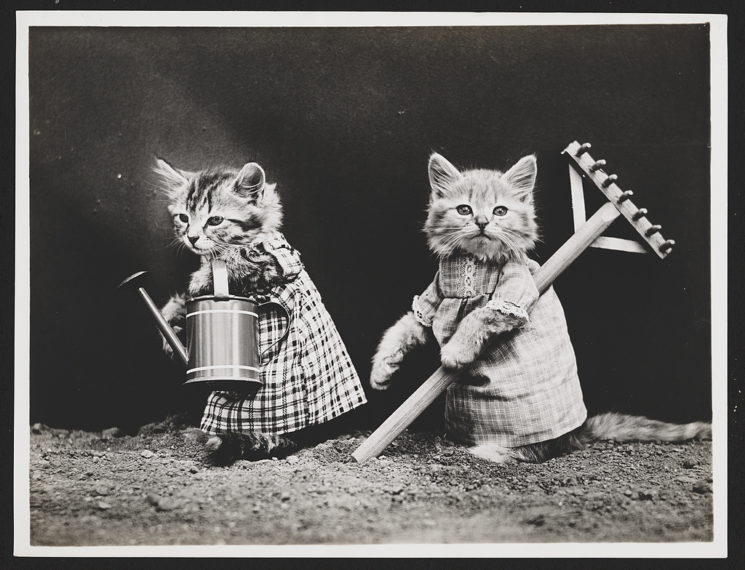 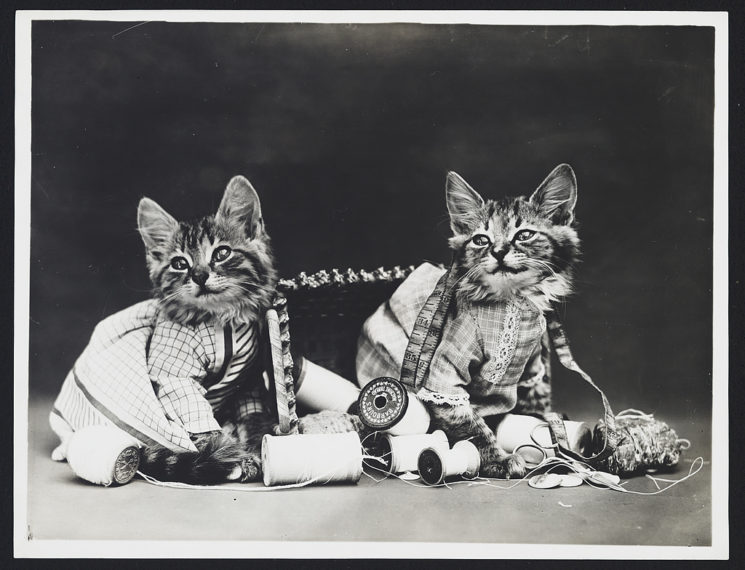 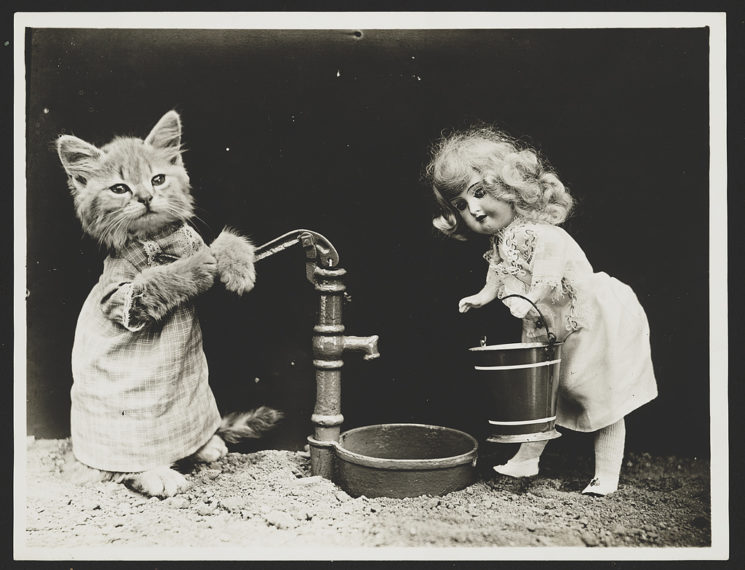 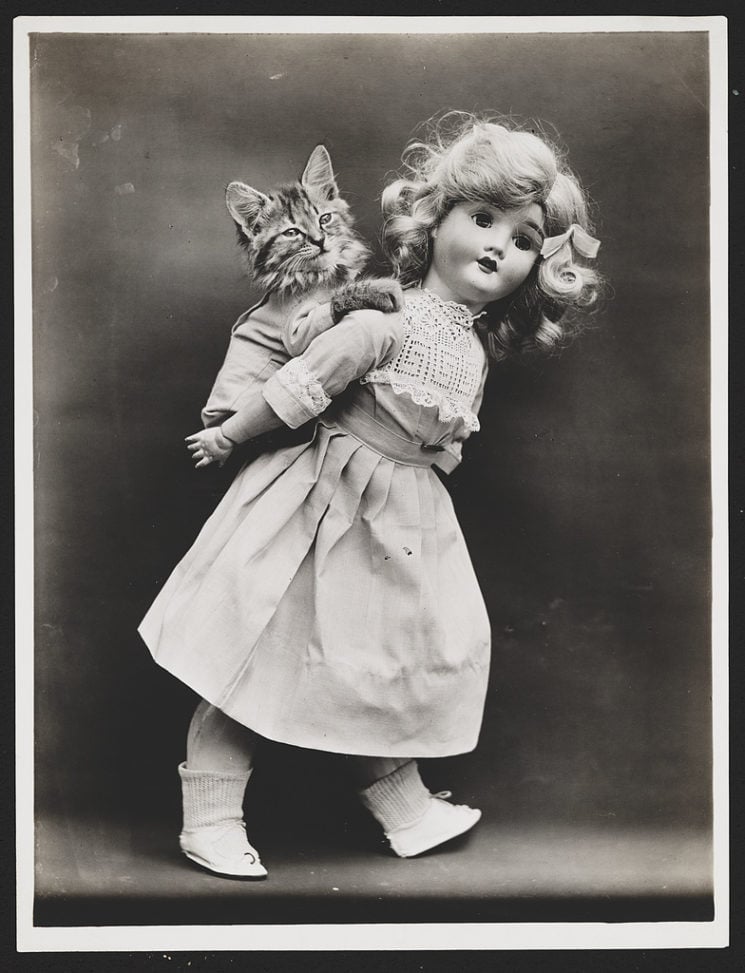 « Canon will now de-click your RF lens control rings for only $79.99
How to make real beams of light stream through your shot with flash »