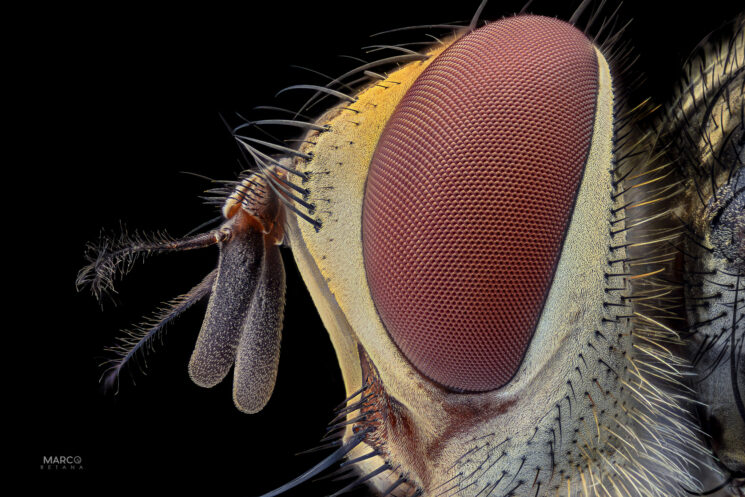 There are macro images, and then there are extreme macro images. Photographer Marco Retana from Costa Rica specialises in macro images of insects that are indeed pretty extreme in the close-up department.

Retana manages to capture such incredible detail, particularly in the eyes of his subjects that DIYP had to catch up with him and find out how he shoots these images. 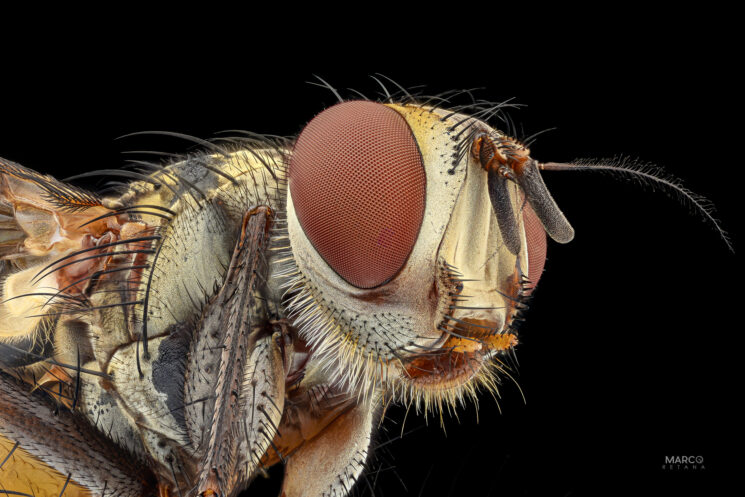 One of the things that Marco enjoys about such extreme macro photography is that you can capture details that you can’t even perceive with the human eye.

Marco says that his main technique is using focus stacking to achieve such clear front to back focus across all parts of the image. This technique consists of taking several, sometimes hundreds of images at different focal lengths, and then, using specialized software, joining all the focused parts of each photograph to achieve a final photograph.

To achieve this he uses a rail that allows micrometric movements forward and backwards. “In this way, the focus is obtained in each photograph. It is a job that requires a lot of patience and precision,” explains Marcus. The rails can be manual or automatic. In this case, Marco uses a Wemacro to take the photos automatically. 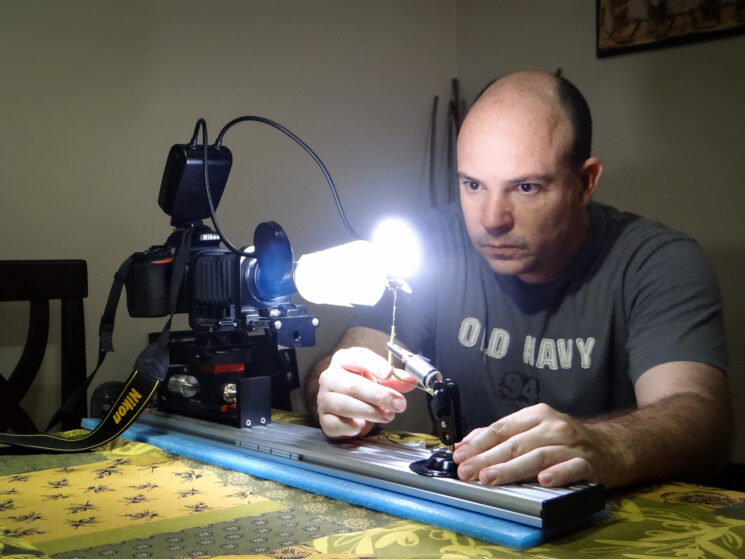 Marco uses Nikon equipment to take his photos. The cameras used depending on the job are the D610, D750 or the Nikon Z50 mirrorless. As for the lenses, he uses 28mm, 35mm and 50mm inverted lenses, extension tubes, bellows, Nikon BD Plan brand microscope objectives. Also, macro lenses like the Nikon 105mm F2.8 and ultra macro lenses like the Laowa 25mm F2.8 are sometimes used. 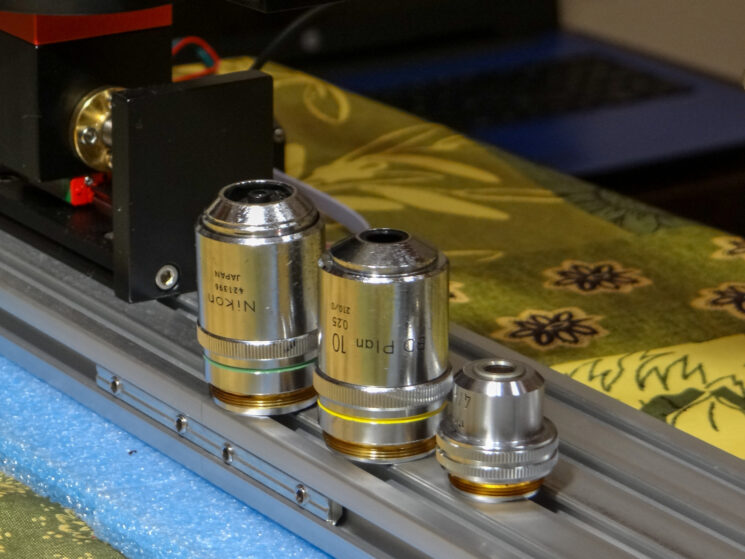 In terms of lighting, Marco says that he either uses flash or continuous lighting such as desk lamps, depending on the insect he is photographing.  “Just like studio photography, you work with lighting schemes to take the photos. In my case, I work using 1, 2 or 3 flashes according to the lighting scheme selected according to the type of insect and how much light it reflects,” Marco says. 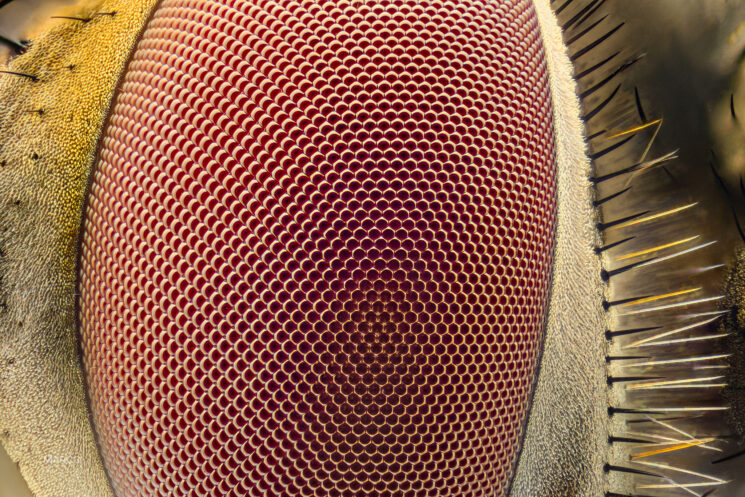 “In each photograph, a previous cleaning of the insect must be carried out, after which the positioning of the insect must be done and the light scheme to be used selected,” Marco explains. It’s all quite technical as Retana goes on, “after framing the shot and defining the magnification to be used, mathematical calculations must be made to define the step size of the rail, this is the distance in microns that the camera must move between shots in order to cover the entire insect.” 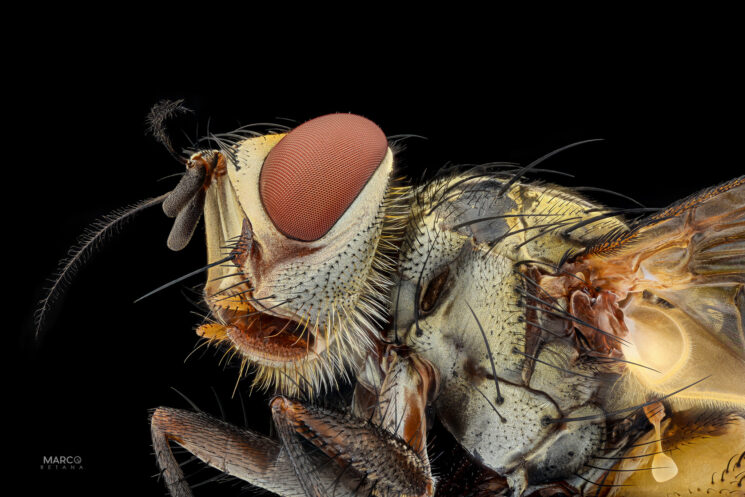 Subsequently, the images are uploaded to the Zerene Stacker software and the stacking processes are carried out. Normally, a total stacking and several partial stackings are performed to get more detail out of the photograph and manually correct certain errors typical of the Zerene program.

With a final image, the photo is developed in Lightroom and Photoshop. Marco explains that Macro photography is a technique of the highest precision, and requires a dedicated space to perform it, in which the stability of the equipment must be ensured during the taking of photographs. “It takes practice and patience,” Marco says, “to position the insects and find the best angle to highlight their main features. At a compositional level, I seek to work on symmetry, the rule of thirds and the law of gaze in each extreme macro photo.”

And extreme they truly are! I don’t think I will ever look at a humble house fly in quite the same manner again. The detail on those eyes is off the charts!

You can see more of Marco’s work on Instagram.

Do you appreciate your makeup artist enough?