This has to be one of the more creative photobooths ideas I’ve seen. The Zombie Detector Photobooth is just like any other booth in the sense that it takes your photograph, but unlike a regular photobooth, it will also test if you are human.

Maker Robert Hermes placed a slave flash inside the zombie detector part. The flash triggers along with the main booth flash and signals if the subject is human or Zombie.

The resulting photographs are than uploaded to Sleepy Dog Labs’ Flickr for the world to see.

See if you can find out the trick that makes some subjects test human, while others test zombie. 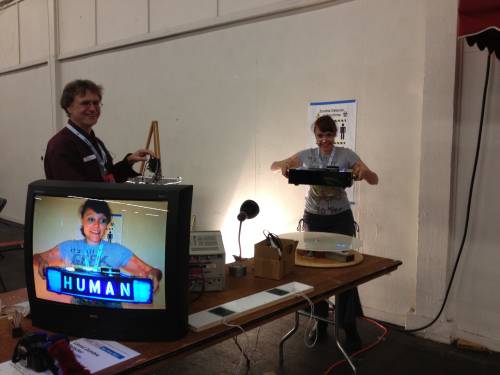 How to edit your own zombie apocalypse

Selfie-takers cause “zombie apocalypse” at an Ontario sunflower farm