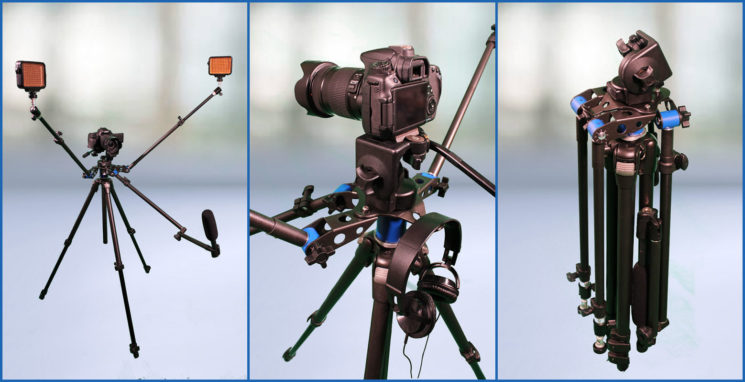 Tripods already come with a set of legs, so why not give them a set of arms, too? If you shoot video, and particularly interviews, you’ll know the hassle of having to setup a bunch of stands for a couple of lights and your microphone. The SquidRig plans to solve that by adding three arms right onto your tripod. It’s a bit like a grown-up version of the Gorillapod Octopus.

The SquidRig mounts in between the top of your tripod’s legs and below your usual tripod head. Two extendable arms go off out to the side with 5/8″ studs & 1/4-20″ threads for mounting your lights and a third which folds out to hold a microphone. There’s also a hook for your headphones to rest in between monitoring audio.

When you’re done and ready to pack up, it folds down and the arms just lay neatly beside your tripod’s legs. 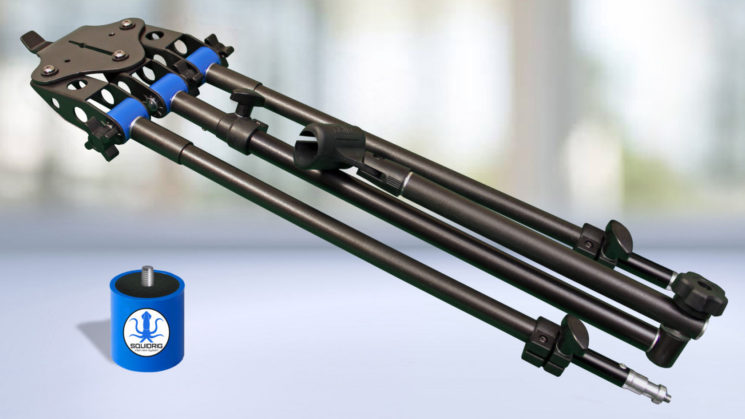 The concept is pretty cool, especially if you’re shooting on your own. No longer will you have to deal with a tripod for your camera and then another 2 or 3 stands for lights and a microphone. You can just use the single tripod, and use the SquidRig’s arms to mount everything. That can save a lot of setup time, but it should also mean less weight to carry with some space saved in your car, too.

And it’s not like we haven’t been rigging together things like this for years using Manfrotto Magic Arms, so it’s an interesting all-in-one solution for those who regularly find themselves with such needs.

I do wonder how steady it might be, and what kind of load it can take on the arms when they’re off out sideways. SquidRig recommends the Manfrotto 290 tripod, which has a load capacity of around 11lbs. But that’s straight down on the centre column. With heavier lights on the arms, that could translate into tilting over. 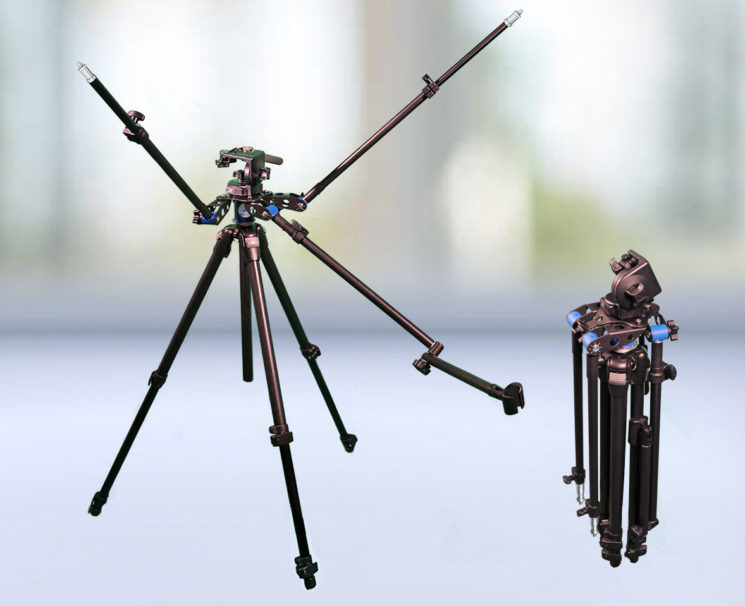 I’m sure it’ll be fairly stable, and it will be very dependent on the equipment you choose to use.  With little Aputure AL-M9 lights, it probably won’t make any difference. But with a full set of Spekular on each arm weighing around 3lbs each, that might have a tendency to tip, depending on how the tripod legs are oriented and the angle of the arms.

Still, you can always weigh the legs down with sandbags or your other gear bags if needed for a bit more stability.

It strikes me as one of those tools that many of us probably wouldn’t use regularly (unless all you shoot is interviews), but would be very handy to have around for those times when we need it.

The SquidRig is available to buy now for $189, or you can buy it along with the Manfrotto 290 & fluid head for $389. To find out more, head on over to the SquidRig website.