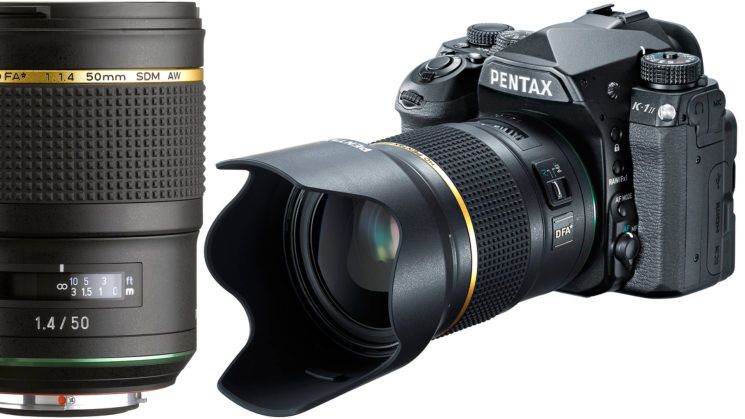 Yes, that’s right Pentax shooters. The wait is almost over. The Pentax FA* 50mm f/1.4 SDM AW lens you’ve all been coveting is finally being released. Pentax says that this is the first new lens which follows a new set of standards for their top-of-the-line Star series lenses. New standards that will, they claim, help to minimise aberrations and deliver the highest possible image quality.

We took a brief look at the new lens along with the Pentax K-1 Mark II during The Photography Show a couple of months ago.

The lens features a newly designed ring-type motor, which offers up to 7.5 times as much torque as the SDM in previous generation lenses. This improved torque, they say, offers a smoother, high speed shift of the heavy lens elements during focusing. And coming in at a weight of just over 2lb, it sounds like it needs it. Basically, though, it should focus pretty quick compared to previous models.

It’s an “all weather” lens with a dustproof, weather-resistant body containing eight seals to prevent dust and water from entering into the lens interior. Paired with a compatible Pentax K mount body (we’ll get to that), it should be able to hold off just about anything. And we know how well Pentax’s weather sealing works. 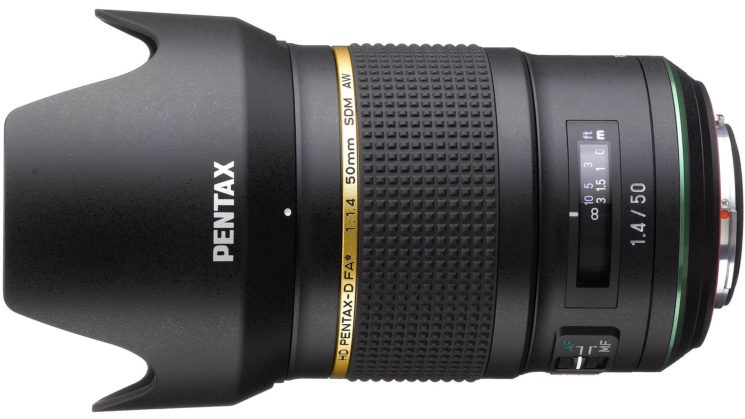 The Pentax FA* 50mm f/1.4 SDM AW lens features an electronic aperture. This is what I meant about compatible bodies. But, that list covers many of the popular bodies.

So, if you’ve got one of those, you’re good. And if you don’t, maybe it’s time to upgrade?

« These guys made a working camera out of a potato
Filmstro releases over 1,000 tracks of free music to use in your YouTube videos »