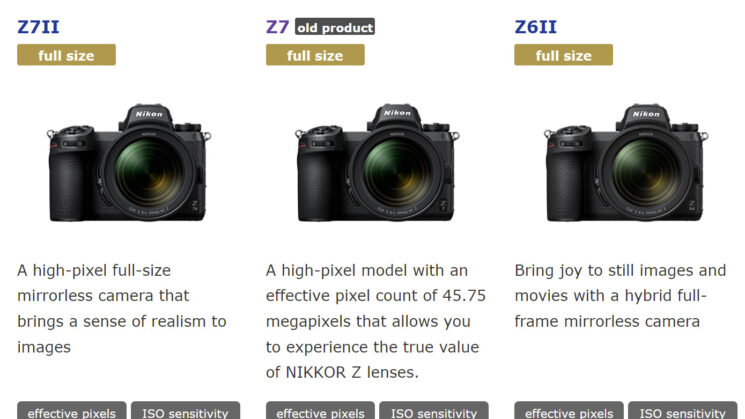 It seems that the Nikon Z7, announced in August 2018 and released the following month during Photokina, is being retired. Despite the Nikon Z7 II being released two years later, Nikon Z7 production and sales still continued. Now, though, the Nikon Japan website lists the original Nikon Z7 as an “old product”. Or, in other words, “discontinued.

We all knew it was coming at some point, and, well, it’s been four years now. Interestingly, though, the Nikon Z6 released on the same day as the Z7 and also having been usurped by a “II” version hasn’t been listed as discontinued yet. 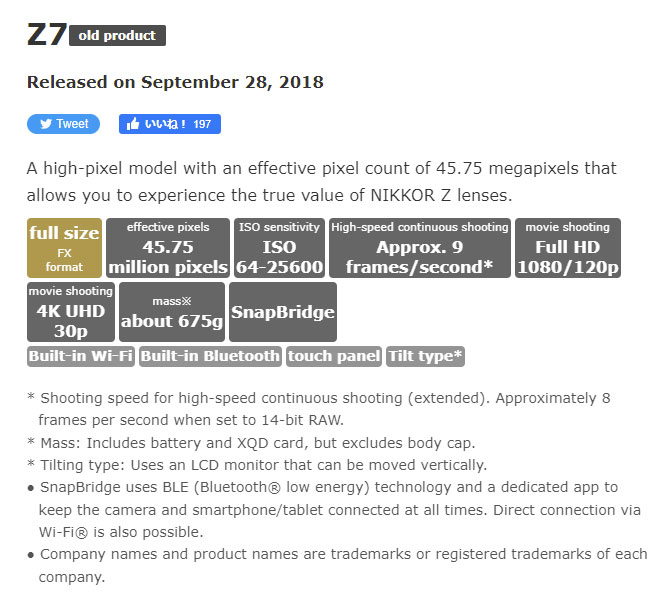 Also curious is that when you look at the list of current model mirrorless cameras on the Nikon Japan website, the Nikon Z7 shows up clear as day as an “old product”, but when you look at the list of discontinued mirrorless cameras, we only see Nikon’s ill-fated Nikon 1 series cameras and not the Z7. I guess they still have a few more switches to flick in the product database.

Hopefully, this means that Nikon is getting ready to announce Z7 III and perhaps Z6 III cameras at some point over the next couple of months. Perhaps during Create NYC (formerly known as PhotoPlus Expo) at the end of September, given that there’s no Photokina anymore. Or, perhaps The Photography Show in the UK, now that it’s moved from its previous March schedule to September?

Update: Nope, Nikon won’t be announcing anything at Create NYC 2022. That event has been cancelled.

Sony A7 has officially been marked as discontinued

« Gut-wrenching image of a wild cat killing a flamingo wins Nature TTL Photographer of the Year 2022
Lioness steals a GoPro, films herself running and playing with it »