Sigma opened up its new headquarters in the Kanagawa prefecture of Japan last month. It’s a pretty fancy looking building and while it looks like something of a tourist attraction, it’s not open to the general public. Luckily for us, YouTube channel Gizmomo Freaks had the opportunity to get a look inside the company’s new building for the grand tour of the facility and was able to shoot some video.

The building features some interesting areas, from the photo book library that’s built into the walls around the main staircase, the rooftop garden and even a “lens cellar”; a climate controlled room that showcases all of the cameras and lenses Sigma makes. It also has interesting open plan office areas, a very traditional office design in Japan. 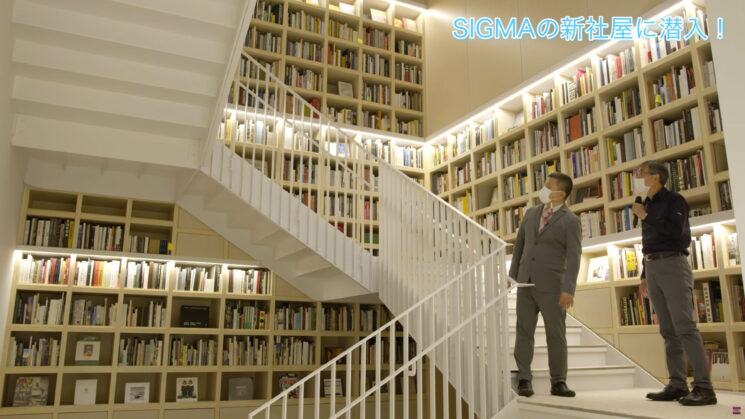 The video is in Japanese, but the automatic subtitles and the automatic translation aren’t too terrible. They’re far from perfect and there’s a questionable word choice in there every now and again, but it’s mostly easy enough to follow. Throughout it, the host of the channel walks us through what we’re seeing and talks to Sigma staff and engineers to find out more about the new headquarters and the spaces it contains.

As well as the photo book library, rooftop garden and lens cellar, other features of the room include a large ~60-person auditorium conference room. With a large projector screen at the front, it can be used for presentations to staff and “customers” (presumably distributors and larger retailers), but it can also be used for the presentations of new products. So, I expect we might see this room in some of Sigma’s upcoming product launch live streams. 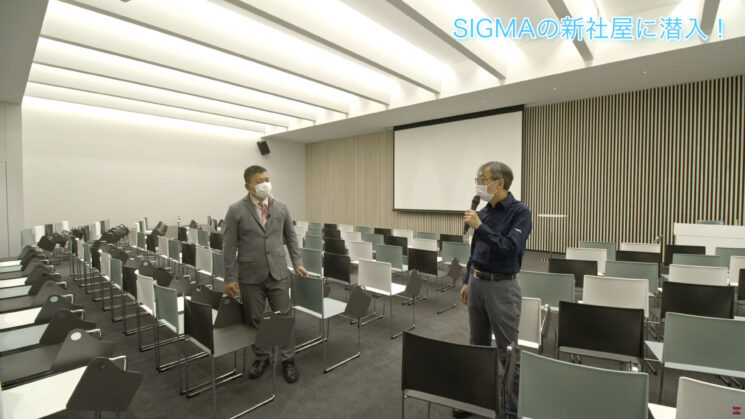 The “lens cellar” is something else, completely, though, and features just about every lens and camera Sigma’s ever made. They even have all of their speedlights and filters mounted in there, too. Everything is mounted against vertical glass supports with custom mounts to give that feeling of floating items and to really fill up the wall. Its sole purpose is just to be able to sit and stare at a whole bunch of cool toys. 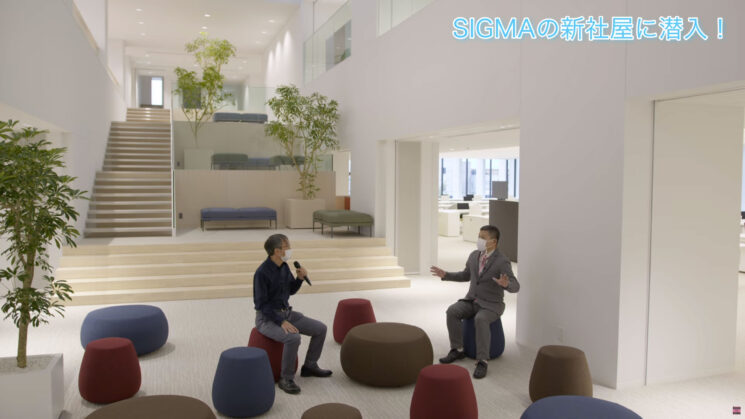 Large open offices and other open areas allow the staff the freedom to work in whichever space makes them feel the most comfortable. The open plan also enables them to take breaks whenever they need to and allows for easy communication between the staff when they need to talk with each other. The rooftop garden looks a little sad in the video, although it’s only really just been planted. Once it’s established, I expect it’ll be a great place to hang out and forget you’re in the middle of a city for a little while.

Photographer shoots a wedding couple on a rooftop helipad during sunset