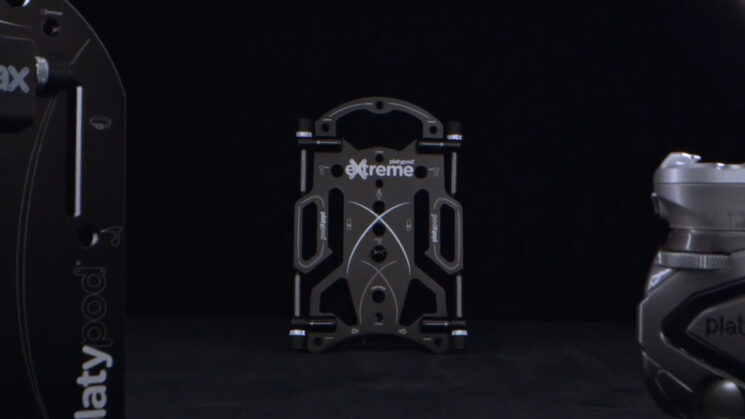 Launched in 2017, Platypod Max quickly became quite popular among action shooters and those working in rough terrain where a traditional tripod just isn’t practical. It’s essentially a metal plate with feet on the bottom, a 3/8-16″ thread on the top and a bunch of mounting holes and four adjustable feet to let you set it up pretty much anywhere you want. In 2018, they launched the Platypod Ultra, a smaller version.

Now, the company has announced the newest addition to the family, the Platypod eXtreme, which is lighter than the original Platypod Max but comes with some design improvements that offer some definite benefits. It has a built-in handle now, more reattachment points and the feet can now be stored inside the plate on rotatable mounts for faster deployment anywhere.

The Platypod eXtreme’s function is pretty much exactly the same as that of the Max and Ultra. It’s a flat plate with a 3/8-16″ thread on top for attaching a mini ball head or another camera mount, then your camera goes on top of that. Short stubby adjustable feet allow you set it level in a small space, even on uneven rocky ground. The big advantage of the new eXtreme seem to be the 25% or so weight saving, along with faster deployment than the two other models due to the fact that the feet are always attached and simply fold away when not in use. 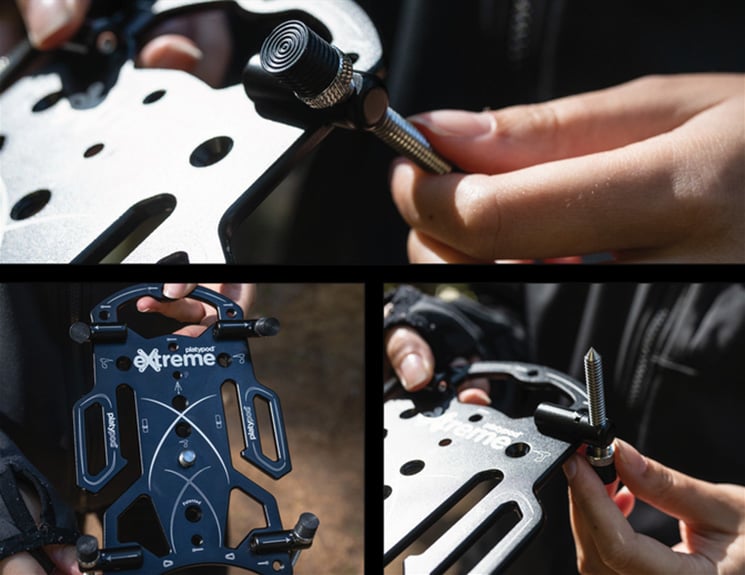 The legs on the Platypod Extreme, like the other models, can be used either way up. There’s a rubber foot on one end and spikes on the other, letting you get the best hold possible on any type of terrain or surface. You could even strap this thing to a tree, using the spiked feet for stability, to get some unusual and unique perspectives for your camera – try doing that with a tripod!

Shaving three ounces off the weight has also brought with it some other advantages. It means that there are more connection points for carabiners (and those straps I mentioned above for a tree’s eye view) to be able to quickly attach it to and detach it from a backpack or belt for easy setup and teardown as needed. The larger carabiner opening also acts as a handle to carry everything easily when you just want to move from one spot to another without having to dismantle it. 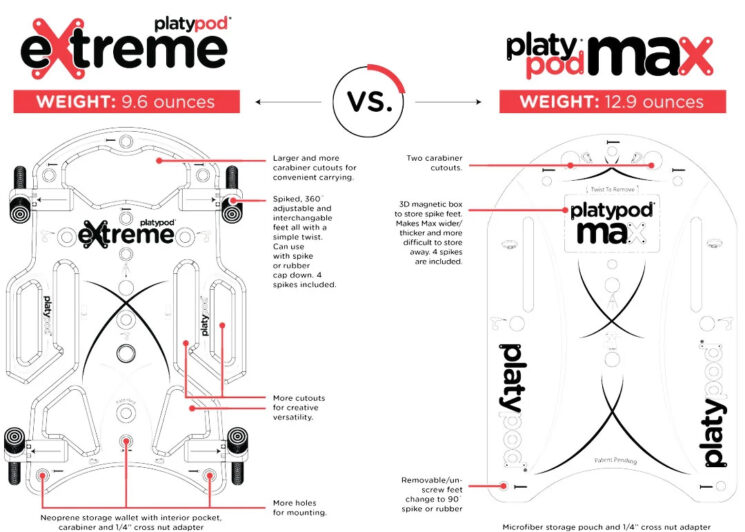 I’m sure Platypod Max fans will love the Platypod eXtreme and jump at the chance to get one with the versatility and workflow speed improvements it appears to offer. Personally, I prefer the Platypod Ultra over the Max, but the eXtreme definitely looks interesting and seems to resemble the Ultra design more than it does the Max. If you’ve never used this style of camera mount before, it’s worth having one of some sort. They’re small, lightweight, and as they’re made from solid aluminium, they’re pretty indestructible. So, they’re going to be with you for a very long time and are easy to pack into a bag.

As seems to be the trend these days, Platypod has launched the eXtreme through Kickstarter, where it’s already far surpassed its modest $20K goal with 32 days left to go. As of the time of writing this post, it’s currently sitting just shy of $100K. Pledges range from $119 to $139 with shipping dates between May and August 2022. The more you pay, the sooner you get it (the $139 one also comes with a free accessories bundle). Once it hits retail, the price will be $149.

The flattest tripod in the world – Platypod